Native Americans were among the featured speakers at a climate change protest on Friday at the Capitol and many claimed American corporations that construct and operate oil and gas pipelines are not only hurting the environment but indigenous people.

One woman, who lives on the Cheyenne River Sioux reservation in South Dakota and said her Lakota name is Black Shaw woman, said that her people were assaulted during their protest against the Dakota Access Pipeline and also when corporations set up housing for their employees working on pipeline projects.

“It is no secret that my people endured violent repercussions for standing peacefully and unarmed in 2016 against the Dakota Access Pipeline at Standing Rock,” she said.

“We say relatives nearly lose eyes and limbs with the use of non-lethal weapons by the state,” the woman said. “Or in my case, viciously mauled by an attack dog from an illegally permitted private security firm that was on the ground.” 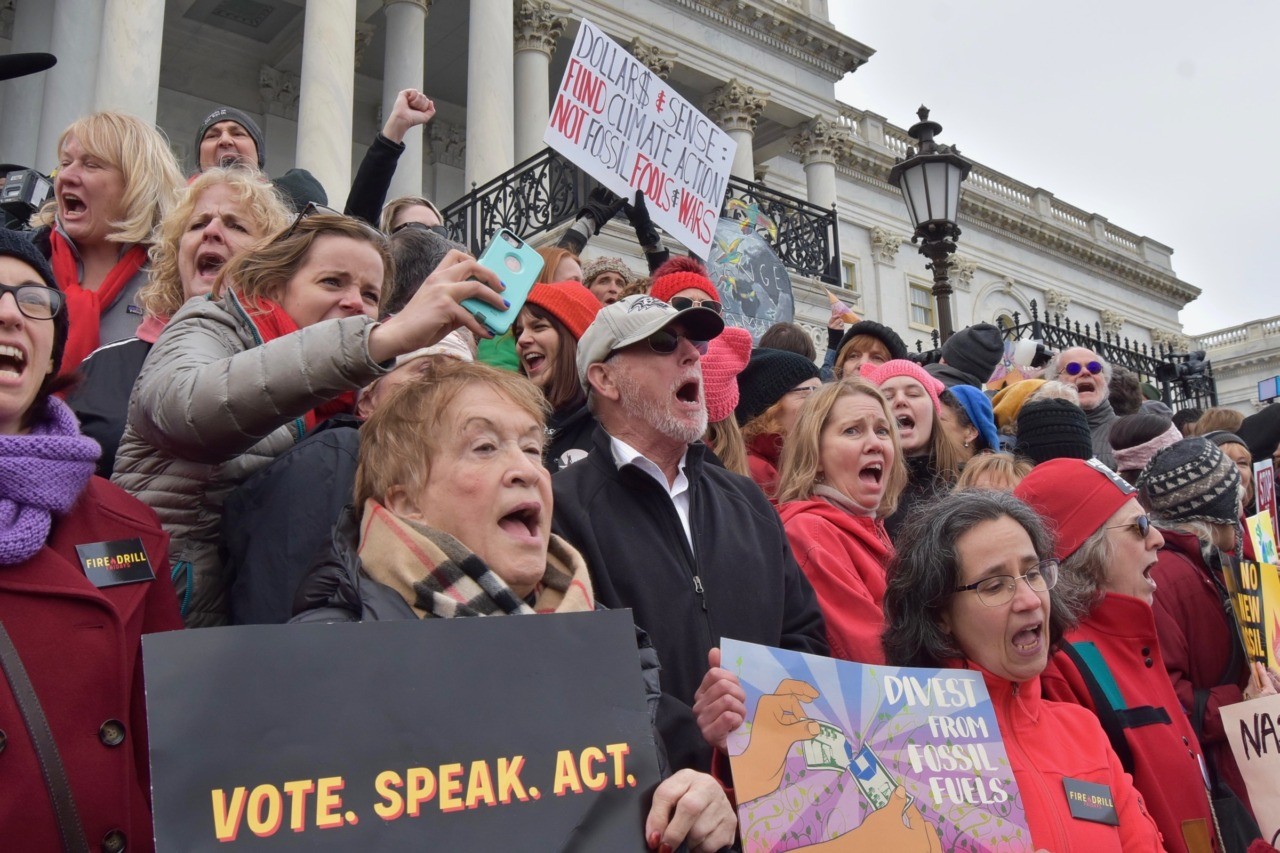 Climate change protestors gathered in Washington, DC, on Friday, sparking arrests after they mounted the steps of the Capitol. (Penny Starr/Breitbart News)

“We’ve seen the lengths to which the state will go to protect their profit,” she said. “And right now, again, my ancestral homeland are facing yet another threat — the Keystone XL pipeline, which will snake right underneath the Cheyenne River, for which my tribe is named.”

The woman told the protesters about the villages oil and gas companies set up to house their employees while working on projects I remote areas, which she referred to as “man camps.”

“Man camps are being constructed as we speak,” she said. “And I’m not too sure if you all know what man camps are but — camps in which house thousands of workers that will be completing the pipeline,” she said. “One is right next to our reservation border.”

“The thing about man camps is when they’re constructed the rates of missing and murdered indigenous people skyrocket and drugs become bountiful and I see this as no coincidence,” the woman said.

Although she did not present any evidence for her claim, the Trump administration is taking steps to help indigenous people, specially women. Last month President Donald Trump signed an executive order, Public Radio International reported:

The decision comes just a few days after Attorney General William Barr announced similar efforts from the Justice Department to address the crisis, which includes ramping up investigations into missing persons and improving data collection and analysis.

For decades, there’s been an epidemic of missing and murdered indigenous women and girls across the United States. The National Justice Institute estimates that 84 percent of Native American women experience violence in their lifetime. In some indigenous communities, women are murdered at a rate 10 times the national average. These numbers are likely an undercount, according to some advocates.

A couple hundred people attended the protest spearheaded by actress and activist Jane Fonda and the left-wing environmental organization Greenpeace.