A USS Theodore Roosevelt sailor has died of coronavirus-related complications, the U.S. Navy said on Monday.

He is the first sailor from the aircraft carrier to die of coronavirus, following an onboard outbreak beginning sometime in March, as Breitbart News reported.

The sailor’s name is being withheld for 24-hours for next-of-kin notification. Navy officials have previously identified the sailor as a male.

The Navy said after the ship arrived in Guam on March 27, the sailor tested positive for coronavirus on March 30 while aboard the ship. He was removed and placed in an isolation house on Naval Base Guam with four other sailors. 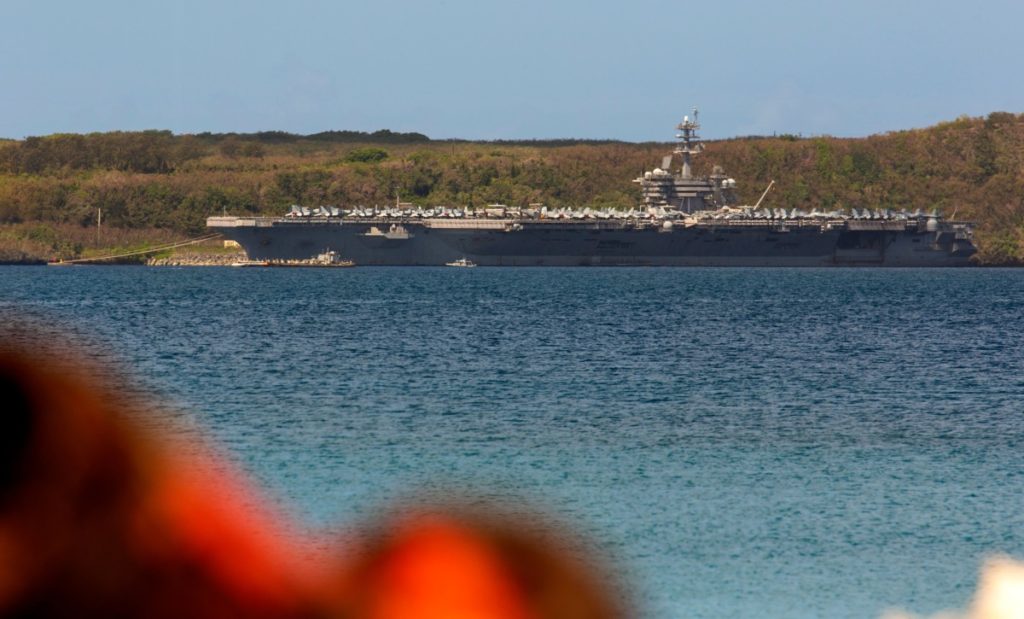 The aircraft carrier USS Theodore Roosevelt is docked at Naval Base Guam in Apra Harbor. At least 416 sailors aboard the aircraft carrier, or 8.6 percent of the ships crew of 4,800, have tested positive for the novel coronavirus, with the numbers increasing daily.  ( TONY AZIOS/AFP via Getty Images)

The Navy said like other sailors in isolation, he received medical checks twice daily from Navy medical teams. On April 9 at approximately 8:30 a.m., he was found unresponsive.

Naval Base Guam emergency responders were notified and fellow sailors and an onsite medical team in the house administered CPR, the Navy said. The sailor was transferred to U.S. Naval Hospital Guam and put in the Intensive Care Unit. He was declared deceased April 13.

We mourn the loss of the Sailor from USS Theodore Roosevelt who died today, and we stand alongside their family, loved ones, and shipmates as they grieve. This is a great loss for the ship and for our Navy. My deepest sympathy goes out the family, and we pledge our full support to the ship and crew as they continue their fight against the coronavirus. While our ships, submarines and aircraft are made of steel, Sailors are the real strength of our Navy.

The entire Department is deeply saddened by the loss of our first active duty member to COVID-19. Our thoughts are with the family of the USS Theodore Roosevelt sailor who lost his battle with the virus today. We remain committed to protecting our personnel and their families while continuing to assist in defeating this outbreak.

The sailor marks the second service member to die due to the coronavirus. The first was a 57-year-old National Guard member who had pre-existing health conditions.