More than 19.5 million Americans are continuing to receive unemployment benefits, a continued sign that there is no shortage of labor in the United States workforce.

While more than 40 million Americans are unemployed or underemployed, about 19.52 million are still receiving unemployment benefits more than three months after the Chinese coronavirus crisis spurred economic lockdowns.

This week, Trump suspended a number of foreign visa worker programs to shore up close to 600,000 U.S. jobs for unemployed Americans.

The big business lobby, Big Tech executives, the Republican establishment, and the donor class have complained that despite mass unemployment, there remains a labor shortage and that any reduction to immigration could lead to increased consumer costs.

The shuttering of these programs may not lead to employment opportunities for displaced American workers, but could instead increase the cost of consumer goods for Americans — particularly service industry related products.

Aside from the unemployment rolls, the number of online job postings looking for workers has significantly dropped off since last year.

Job postings on the employment site Indeed have dropped almost 30 percent in recent weeks compared to the same time last year. Since 2018, there has been a more than 30 percent drop in job postings. 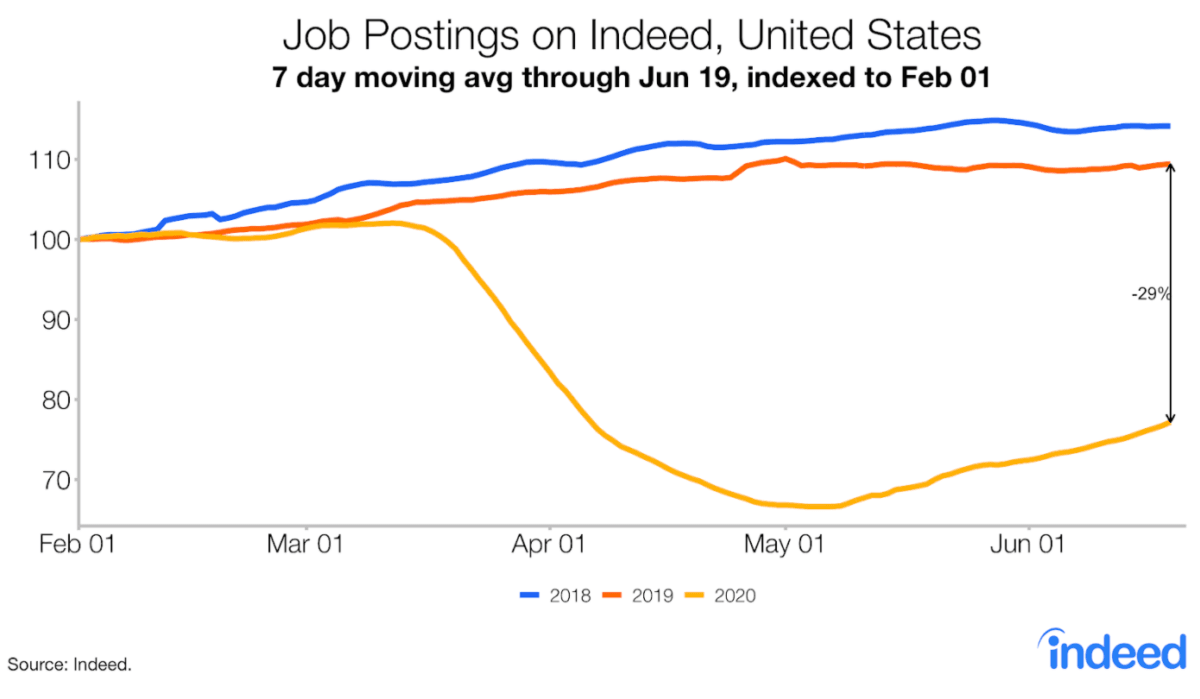 One of the visas suspended by Trump, the H-2B visa program, is used regularly by hotel and hospitality corporations to import cheap, foreign nonagricultural workers for seasonal U.S. jobs. The visa program has also been used to import foreign construction workers.

Job postings in the hotel, hospitality, and tourism work are down almost 60 percent compared to the same time last year — revealing no shortage of labor. In the construction industry, job postings are down more than 13 percent since 2019. 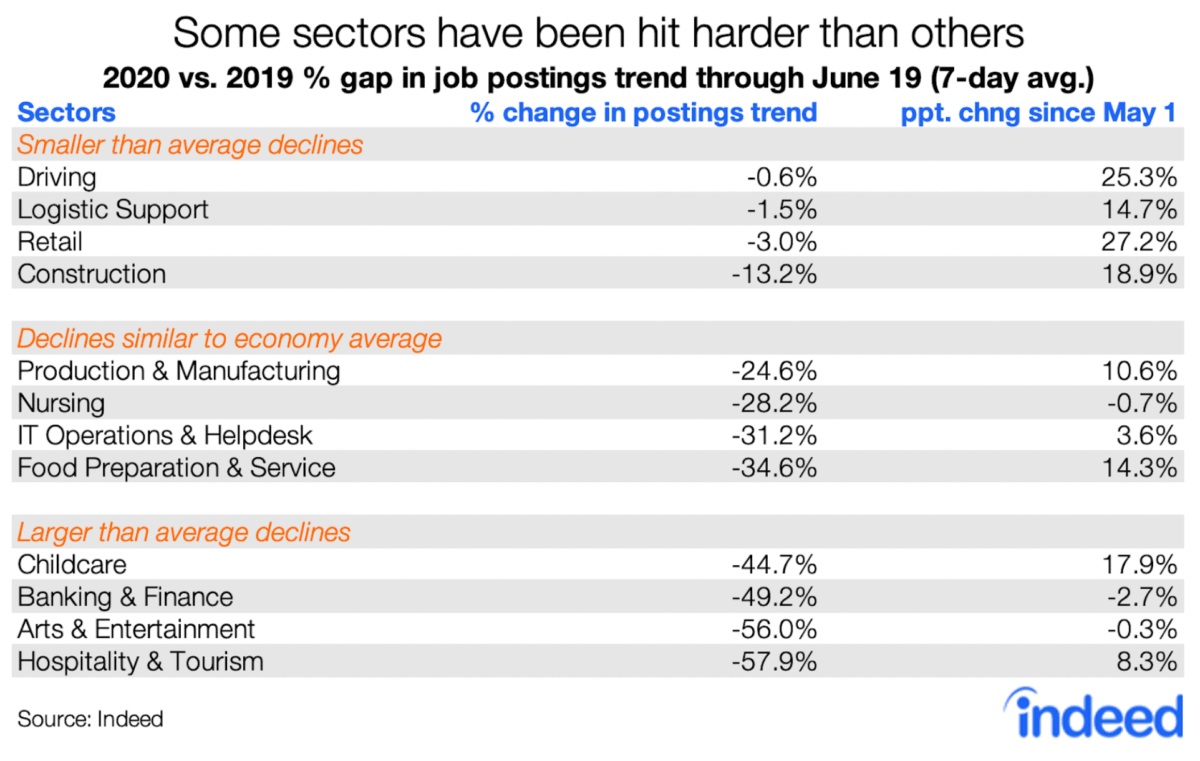 While the corporate class has opposed any suspensions of the nation’s mass legal immigration system amid record unemployment, Trump has sided with his base of supporters and swing-state voters on the issue.

In April, nearly 4-in-5 Americans said they wanted a full moratorium on all immigration to the U.S.

Every year, the U.S. admits about 1.2 million legal immigrants on green cards to permanently resettle in the country. In addition, another 1.4 million foreign workers are admitted every year to take American jobs.