President Donald Trump celebrated the return of Major League Baseball despite the coronavirus pandemic on Thursday at a White House event with Little League players.

The president was joined on the South Lawn by MLB Hall of Fame closer from the Yankees, Mariano Rivera, and two rows of Little Leaguers playing catch. 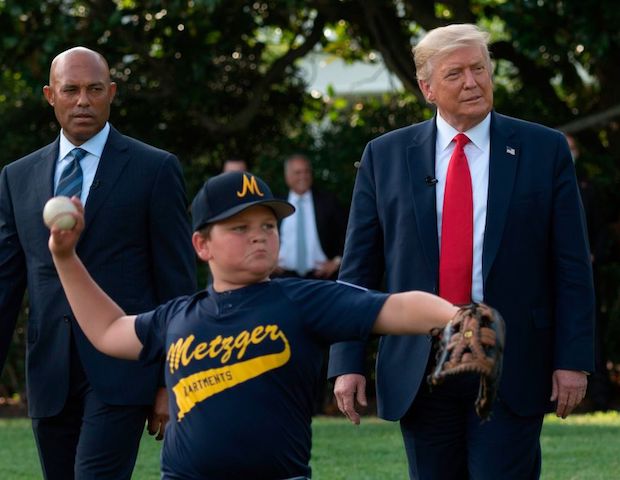 Trump even grabbed a glove and tossed the ball back and forth before participating in an interview with Mariano Rivera aired on ESPN.

Trump said he heard there was tremendous interest in the games being broadcast on television. Fans are not currently allowed in the stadiums.

The Washington Nationals faced the New York Yankees on Thursday night as Dr. Anthony Fauci threw out the opening pitch.

The president said that he would likely watch part of the game from the White House.

During a press conference on Thursday, Trump praised the MLB’s decision to play, describing it as a great boost for Americans.

Trump asked Rivera about his famous pitch that shattered many bats of opposing players.

“I attribute that to the Lord. The Lord gave me that great pitch, and I learned how to use it,” Rivera said simply.