Former Vice President Joe Biden tweeted Sunday that “Michael Brown’s life was taken in Ferguson” — a reference to the founding myth of the Black Lives Matter movement, which claimed Brown was murdered by police in cold blood.

It's been six years since Michael Brown's life was taken in Ferguson — reigniting a movement. We must continue the work of tackling systemic racism and reforming policing.

Brown was shot and killed by police officer Darren Wilson in a confrontation in Ferguson, Missouri, on August 9, 2014.

Left-wing activists popularized the slogan “Hands Up, Don’t Shoot,” and claimed that Brown had been shot in the back with his hands raised in a gesture of surrender. Journalists and mainstream media pundits gave credence to the claim. 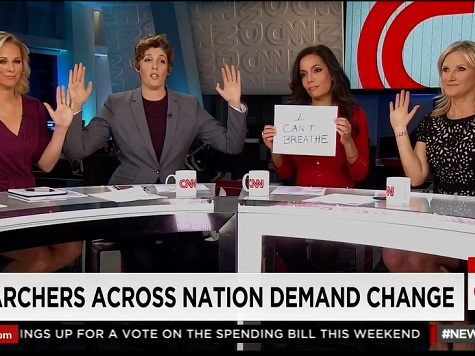 Left-wing groups from around the country descended on Missouri to demand Ferguson’s arrest. But when a grand jury decided not to indict Wilson, Brown’s family called for riots. Local businesses — many black-owned — were burned down.

The Department of Justice under the Obama-Biden administration investigated Brown’s death and confirmed that there was no basis for charging Wilson under federal law. The investigation also suggested that Brown had attacked Wilson in his patrol car, reaching into the vehicle and attempting to seize the officer’s gun. In the ensuing struggle, part of Brown’s thumb was shot off. Brown ran away, and Officer Wilson pursued him. Wilson fired only when Brown charged at him.

In the words of the Department of Justice report: “The autopsy results confirm that Wilson did not shoot Brown in the back as he was running away because there were no entrance wounds to Brown’s back … several witnesses stated that Brown appeared to pose a physical threat to Wilson as he moved toward Wilson.” “Hands up, don’t shoot” was a lie.

Nevertheless, the slogan continues to be repeated at Black Lives Matter demonstrations today, and Democratic Party politicians observe the anniversary of his death as a somber occasion. Sen. Elizabeth Warren (D-MA) even claimed last year that Brown had been “murdered,” despite all evidence to the conrtary, and the Obama-Biden administration’s inquiry.

Sen. Kamala Harris (D-CA), who was a prosecutor at the state and local level in California, made similar false claims.