Democrats are anxious about Pennsylvania and a “potential late shift” towards President Donald Trump that could threaten their narrow lead, according to the Washington Post on Sunday.

The concern was embodied in what the Post called a “last-minute, two-day blitz” for Biden in the state, as Trump held four rallies in Pennsylvania on Saturday. The paper reported:

Most Democrats still believe Biden will capture Pennsylvania, and he maintains a modest polling lead there, but their confidence has eroded in recent weeks with emerging signs of a tightening contest in the state, according to elected officials, strategists and party activists. Both sides believe the outcome in Pennsylvania will be crucial in determining who wins the White House.

They are also reportedly nervous about alleged GOP efforts to place limits on voting. They “cringe” at the recent looting and violence in Philadelphia, which they worry will make Biden look weak on crime and hostile to police.

They also reportedly have “lingering concerns” about Biden’s comments on oil and gas. At the final presidential debate, Biden declared he would end the oil industry. When Trump asked Biden at the debate if he would “close down the oil industry,” Biden responded, “I would transition from the oil industry, yes.” 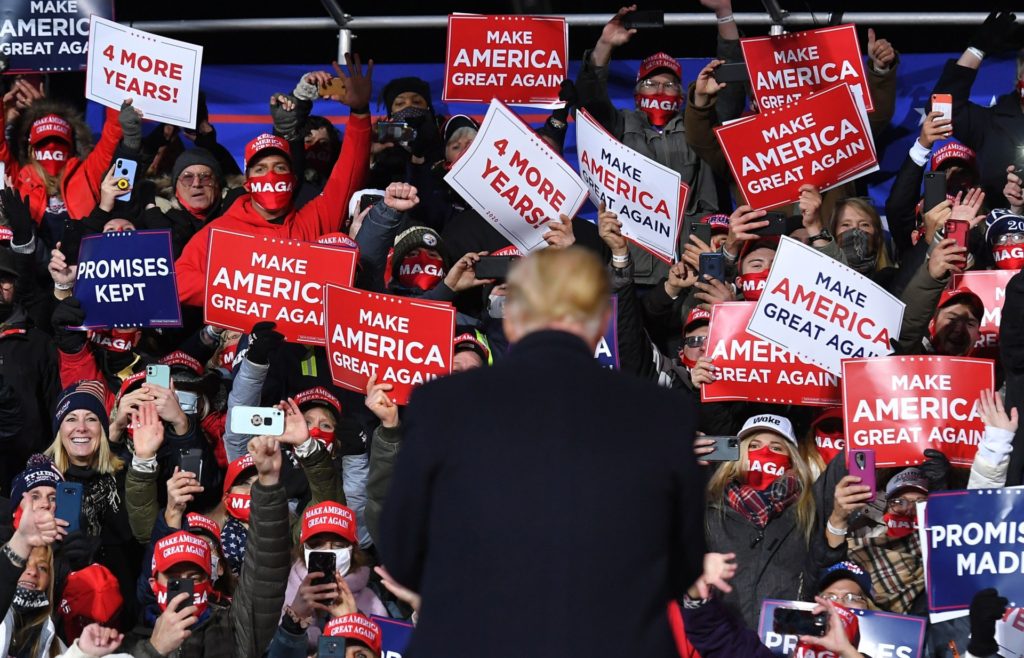 A Democrat strategist, Neil Oxman, told the newspaper he is worried Trump’s base “will come out just a little bit stronger than our base.”

Pennsylvania’s Lt. Gov. John Fetterman (D) also told the paper, “The president has a very strong, sturdy base here, and what he’s doing is juicing turnout in those small counties.”

Sen. Bob Casey (D-PA) said his biggest worry is about ballot issues. Democrats are worried about disqualified ballots if voters do not return them correctly. Democrats had been pushing vote by mail due to the pandemic, but now, Democrats are encouraging voters to drop them off in person.

“I am absolutely convinced that we have a lot of enthusiasm, too, on our side,” Fetterman told the Post. “But there’s a lot of factors you can’t extrapolate into a poll that are absolutely significantly in play in Pennsylvania.”