Another quote used by Democrats in the second impeachment trial of former President Donald Trump has been shown to be false.

On January 9, the Washington Post reported that then-President Trump had asked a Georgia state elections official to “find the fraud” and told her she would be a “national hero” if she did. The Post‘s headline was: “‘Find the fraud’: Trump pressured a Georgia elections investigator in a separate call legal experts say could amount to obstruction.” But an audio recording that emerged last week showed that Trump said no such thing, and the Post has issued a correction noting Trump was misquoted.

Democrats, however, had already used the fake Trump quote to push for Trump’s impeachment and removal from office.

President Trump’s campaign to reverse the election results—and to keep himself in the White House—lasted through the days immediately preceding the assault on the Capitol. On December 23, for instance, President Trump reportedly called one of Georgia’s lead election investigators, urging him to “find the fraud” and claiming that the official would be a “national
hero” if he did so.

The brief cited the Post article, which relied on a single anonymous source.

Rep. Madeleine Dean (D-PA), one of the House impeachment managers, used the fake quote in her oral argument before the Senate impeachment trial itself. 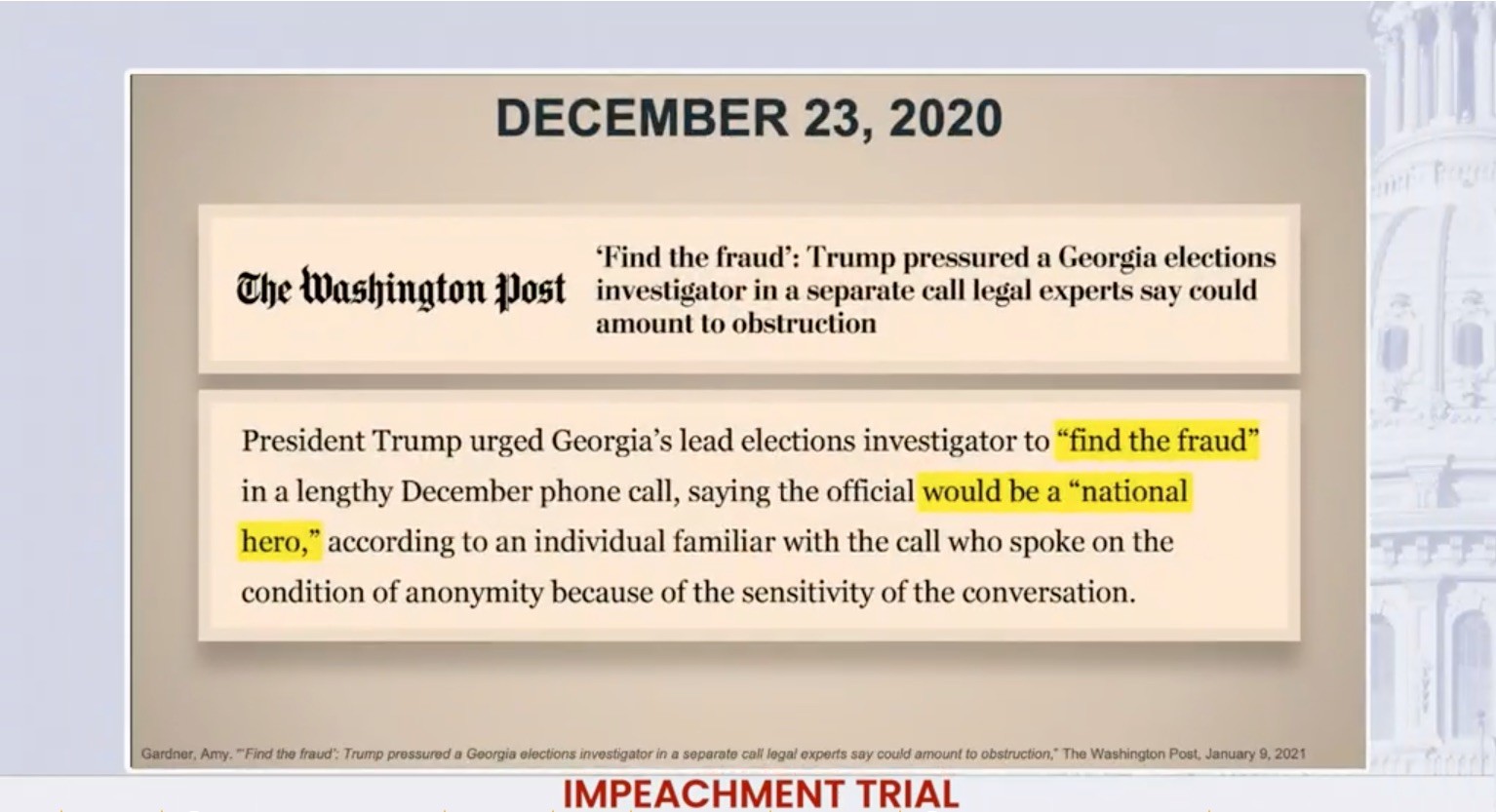 A few weeks later on December 23rd, Trump called the chief investigator for the Georgia Bureau of Investigations, who was conducting an audit. An audit of the signature matching procedures for absentee ballots. Trump urged him, “Find the fraud,” and claimed the official would be a national hero if he did. Let’s call this what it is. He was asking the official to say there was evidence of fraud when there wasn’t any. The official refused and the investigation was completed.