Blackburn’s comments came in an exclusive interview at her home just outside Nashville here in middle Tennessee, part of the latest On The Hill long-form Breitbart News video series. Blackburn’s warning to Swift came as she addressed the country music industry—where Swift got her start—fending off leftist woke influences.

“When you talk about country music, and I know the left is all out now and trying to change country music and make it woke,” Blackburn said. “When I’m talking to my friends who are musicians and entertainers, I say, ‘If we have a socialistic government—if we have Marxism—you are going to be the first ones who will be cut off because the state would have to approve your music.'”

“Taylor Swift came after me in my 2018 campaign,” Blackburn continued. “But Taylor Swift would be the first victim of that because when you look at Marxist socialistic societies, they do not allow women to dress or sing or be on stage or to entertain or the type music she would have. They don’t allow protection of private intellectual property rights.” 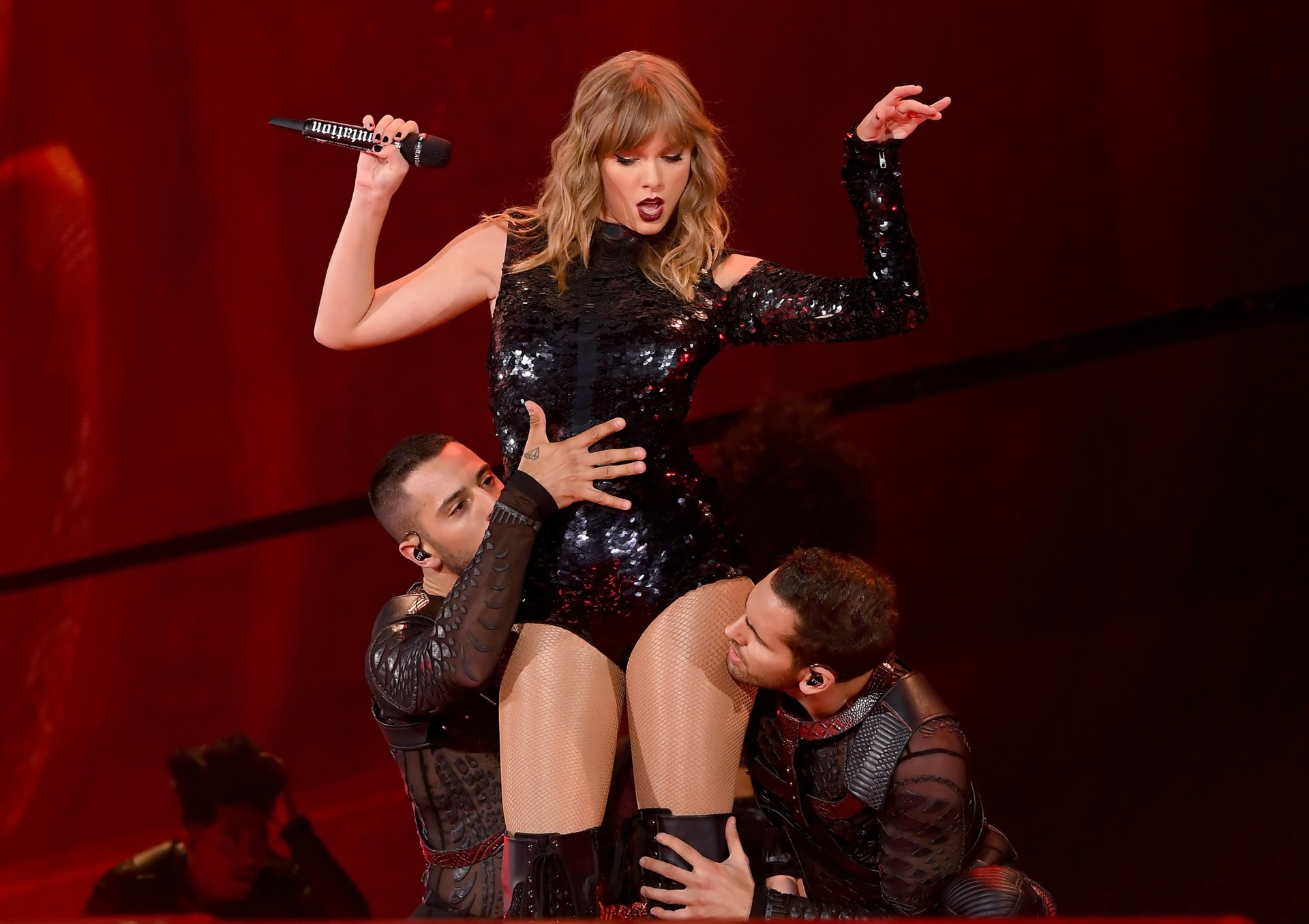 Taylor Swift performs onstage during opening night of her 2018 Reputation Stadium Tour at University of Phoenix Stadium on May 8, 2018, in Glendale, Arizona. (Kevin Winter/Getty Images)

Blackburn specifically singling out Swift—and saying that her conservative policies are protecting Swift’s right to succeed in the music industry—is particularly interesting, especially given her personal history with the music icon. Swift, who rose to prominence in Nashville’s country music scene before transitioning to pop music, generally avoided politics in the early years of her career and did not even endorse in the 2016 presidential election, a move that drew tons of criticism from leftists. That all changed in the spring of 2018 when Swift publicly backed a gun control push from students who survived the school shooting at Marjory Stoneman Douglas high school in Parkland, Florida. After pushing the “March for Our Lives” gun control protest, she later that year resorted to smearing Blackburn in an endorsement for Democrat Phil Bredesen—Tennessee’s former governor—in his U.S. Senate bid against the now-senator.

Swift’s endorsement was ultimately unsuccessful as Blackburn trounced Bredesen in November 2018, crushing him by double digits with Blackburn’s 54.7 percent nearly a full 11 points more than Bredesen’s 43.9 percent. But that electoral smackdown by the people of Tennessee only seems to have engaged Swift even more viciously in politics. In her Netflix documentary released in early 2020, Swift bashed Blackburn as “Trump in a wig,” and in the ensuing months and years after that electoral loss, Swift began more aggressively backing leftist causes and Democrat candidates.

In a 2019 music video, for instance, Swift portrays critics of the LGBT movement as angry, toothless, uneducated rubes. She released the video after she donated $113,000 to a group called the Tennessee Equality Project, which was fighting various contentious proposals in the GOP-controlled state legislature that year. Swift has even cozied up to the Chinese Communist Party’s top allies by performing in November 2019 at an event hosted by Alibaba in Shanghai. She also publicly backed the radical leftist so-called “Equality Act” in a public letter to then-Sen. Lamar Alexander (R-TN) in June of that year.

Swift also made clear in the summer of 2019 that she regretted not endorsing Democrat presidential candidate Hillary Rodham Clinton in 2016, while promising to oppose then-President Donald Trump in 2020. She followed through the next year with a full-throated endorsement for now-President Joe Biden and his running mate now-Vice President Kamala Harris. “I will proudly vote for Joe Biden and Kamala Harris in this year’s presidential election,” Swift said. “Under their leadership, I believe America has a chance to start the healing process it so desperately needs.” She even lent her creative talents—specifically her song “Only the Young”—to a video that an anti-Trump group made pushing youth voter turnout. In 2020, in the wake of George Floyd’s killing, Swift donated an undisclosed sum to the NAACP Legal Fund. She also last year bashed the U.S. Census for only offering male and female gender choices, claiming it was an “erasure of transgender and nonbinary people.” 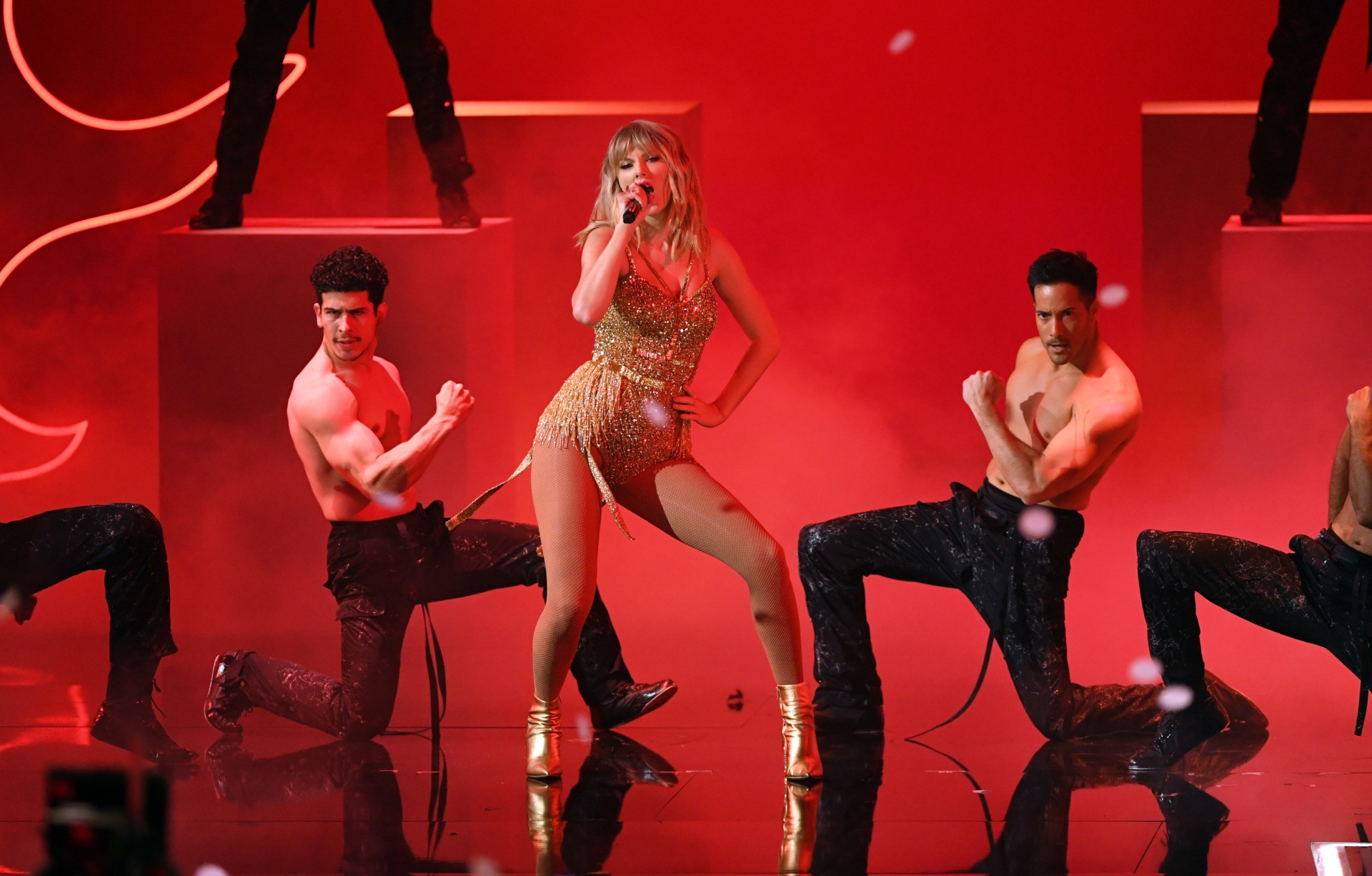 More fundamentally than their clear political differences, however, Blackburn’s case that she—by promoting conservatism and opposing Democrats’ increasingly “Marxist” and “socialistic” ideology—is protecting Swift’s and any other entertainer’s right to succeed in the United States is even more fascinating. Swift, like many other entertainers, is an outspoken proponent of reforms to the Digital Millennium Copyright Act (DMCA)—something Blackburn also supports.

In fact, upon the release of that Netflix documentary in which the music star slammed Blackburn as “Trump in a wig,” Blackburn similarly took the high road in a January 2020 statement calling Swift an “exceptionally gifted artist and songwriter” and noting that “Nashville is fortunate to be the center of her creative universe.”

“While there are policy issues on which we may always disagree, we do agree on the need to throw the entertainment community’s collective influence behind legislation protecting songwriters, musicians, and artists from censorship, copyright theft, and profiteering,” Blackburn said then. “The Music Modernization Act was a huge win for creators, and the BOTS Act for fans. Growing support behind the AM-FM Act will close loopholes blocking compensation for radio play.”

Also interesting is Swift’s previous dust-up with Apple over streaming concerns, when in 2015 she threatened to pull her album from the platform over payment concerns. She later, in 2016, made nice with Apple by appearing in an advertisement for the company. But those very concerns over artists’ rights to payment are at the heart of something Blackburn was getting at in her interview with Breitbart News, in that the hard left in American politics would not protect people like Swift if they were to win out politically in the end.

In her exclusive interview with Breitbart News on the back porch of her middle Tennessee home, Blackburn continued more broadly by noting that a number of talented performers and entertainers will “tilt to the left” even though it is conservative policies that allow them to succeed in pursuing the American dream. She cited the example of Mikhail Baryshnikov, the famous Russian dancer who escaped the former Soviet Union to flee to the United States.

“Take Baryshnikov who left Russia and escaped, a great story of pushing to find freedom and wanting to come to the United States to find the American dream—why did he do that?” Blackburn said. “He did it because he knew he would always be beholden to the Communist Party and to the Soviet system if he was in Russia. He would not be have the unlimited creative expression that we enjoy because we have a First Amendment that allows free speech. We recognize an individual’s right to create. It is a Constitutional guarantee. Article I Section 8 Clause 8, you can benefit from your creations.”

Asked if this message was resonating in Nashville’s creative community, Blackburn said she hopes that it is—and pointed to the business side of country music and to the Gospel and Christian music world for signs that it is.

“My hope is that message is resonating with a lot of people around them and with them,” Blackburn said. “We have some incredible voices in the music industry who are good, solid, God-fearing, flag-waving, freedom-loving men and women and I am grateful for them every single day because they truly are a role model for so many millions of Americans and we are grateful for them.”

“We also know that in the music industry when you look at the business side of the industry and when you look at the contemporary Christian side of the industry, people are very focused on freedom and on free enterprise,” Blackburn added. “They’re very focused on low taxes and a prosperous business environment. Then in the gospel and Christian industry, think about Michael W. Smith; this is part of his mission. Think about the work he did with Bono and with PEPFAR for HIV/AIDS in Africa. That is such an important part of his life. So people really intertwine their mission, their calling, their music, and their talents and use it to benefit the country.”