Rep. Alexandria Ocasio-Cortez (D-NY) says President Joe Biden’s administration must resettle at least 200,000 Afghans across the United States as part of its withdrawal from Afghanistan.

In an interview with The Independent, Ocasio-Cortez urged Biden to set a floor of 200,000 visas for Afghans to be evacuated from Afghanistan and brought to the U.S. for permanent resettlement and eventual naturalized American citizenship.

Should Biden implement such a plan, resettling 200,000 Afghans would be the equivalent of bringing 4.5 percent of the total number of Afghans residing in Kabul, Afghanistan, to the U.S.

“I believe we need to move and the administration needs to move as quickly as possible and as expansively as possible ensuring that we are raising the amount of refugee visas to whatever amount is necessary,” the self-described democratic socialist congresswoman told The Independent. [Emphasis added]

“I would say the rock bottom is 200,000, but I think it should be whatever is necessary,” Ms Ocasio-Cortez said. “And that needs to be expedited as soon as possible.” [Emphasis added]

Even as the Biden administration continues expanding the number of Afghans set to be resettled across the U.S. — the president has said up to 65,000 are eligible for resettlement — House and Senate Democrats have urged more Afghans should be evacuated. 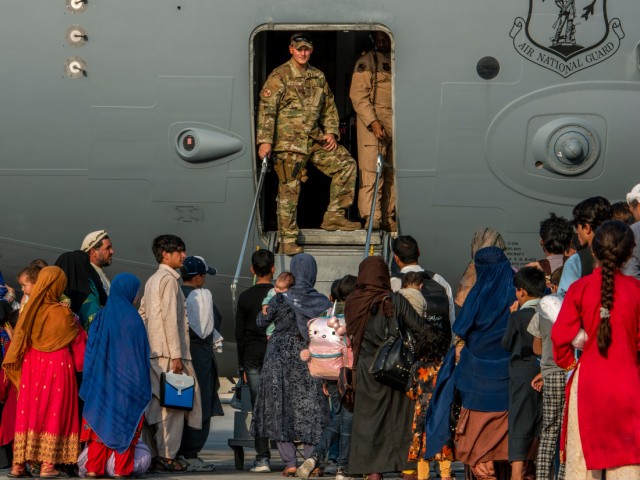 Unmentioned by Ocasio-Cortez is the cost of refugee resettlement to American taxpayers, where citizens are billed nearly $9 billion every five years to resettle refugees. Likewise, each refugee costs roughly $133,000 over the course of their lifetime in the U.S.