Former President Donald Trump endorsed Florida congressional candidate Anna Paulina Luna on Tuesday, saying a Republican win in her district is “key” to taking back the House in 2022.

“Anna Paulina Luna is a great fighter who is running for Congress in Florida. She is an Air Force veteran who puts America First, unlike her RINO opponents,” Trump said. “Anna is committed to strong borders, serving our Veterans, and ensuring Florida’s beautiful coastlines are protected.”

“This is an important race because it is ‘key” to taking back the House. Anna is a warrior, she is a winner, and it’s time for all America First Republicans to unite behind her strong campaign,” he continued. “Anna has my complete and total endorsement.”

Luna is vying for the seat representing District 13, which covers much of Pinellas County. The position is currently occupied by Republican-turned-Democrat Rep. Charlie Crist after Luna led a close yet unsuccessful bid for his seat in 2020. According to the Tampa Bay Times, Crist led Luna 53 percent to 47 percent.

Crist is running for Florida governor against incumbent Gov. Ron DeSantis (R), leaving the House seat up for grabs during a vulnerable time for Democrats. Many polls have projected a steep loss for Democrats in the 2022 midterm elections, as the party struggles with the fallout of its own policies. 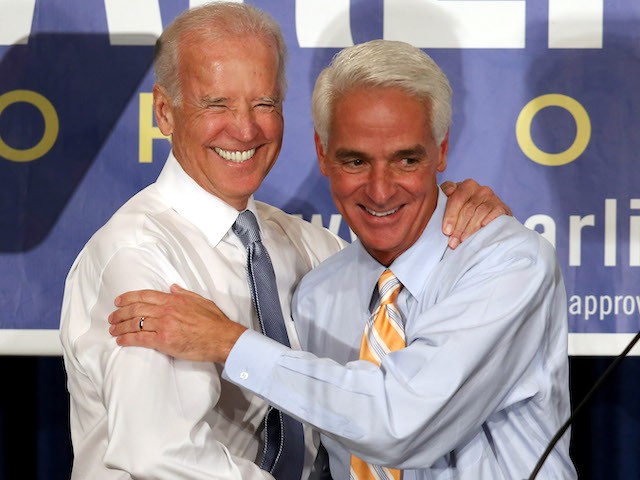 Trump previously endorsed Luna’s 2020 congressional run on Twitter and called on her to oust Crist — who he described as a “Pelosi puppet.“

Luna has received other notable endorsements from conservative heavyweights, including former U.S. House Speaker Newt Gingrich in July and radio host and Turning Point USA founder Charlie Kirk in May.

A handful of candidates from both parties are hoping to snag the seat. Republicans Amanda Makki, who is a former Washington lobbyist, and non-profit founder Audrey Henson, as well as Democrat state Reps. Ben Diamond and Michele Rayner, and national security analyst Eric Lynn have filed to run.