Only a “few, if any,” Afghans awaiting entry to the United States, as part of President Joe Biden’s massive resettlement operation, have their vaccination records, CNN reported.

About 10,000 Afghans remain temporarily living at the U.S. Air Force base in Ramstein, Germany — all with the hopes of getting approved for permanent resettlement across the U.S. Among those at the base are about 2,000 pregnant Afghan women while 22 babies have already been delivered by Afghan women at the base.

According to CNN, “few, if any,” at the Ramstein Air Base have vaccination records even as the Biden administration cracks down on American citizens, requiring that all U.S. businesses with 100 or more employees have a fully vaccinated workforce.

Ramstein has been vaccinating Afghans against measles, mumps, rubella (MMR) and chicken pox, and a “preponderance” are vaccinated now. In addition, a sample test of disease immunity found that 95% of Afghans at Ramstein had long-term immunity to MMR, one source said, indicating that they had likely either received the vaccine already or had the disease as children. [Emphasis added]

Few, if any, Afghans have much more than a set of clothing, let alone a copy of their vaccination records. [Emphasis added]

The extended stay at Ramstein has compelled officials to offer education on hygiene, including the use of bathroom facilities and washing hands. [Emphasis added] 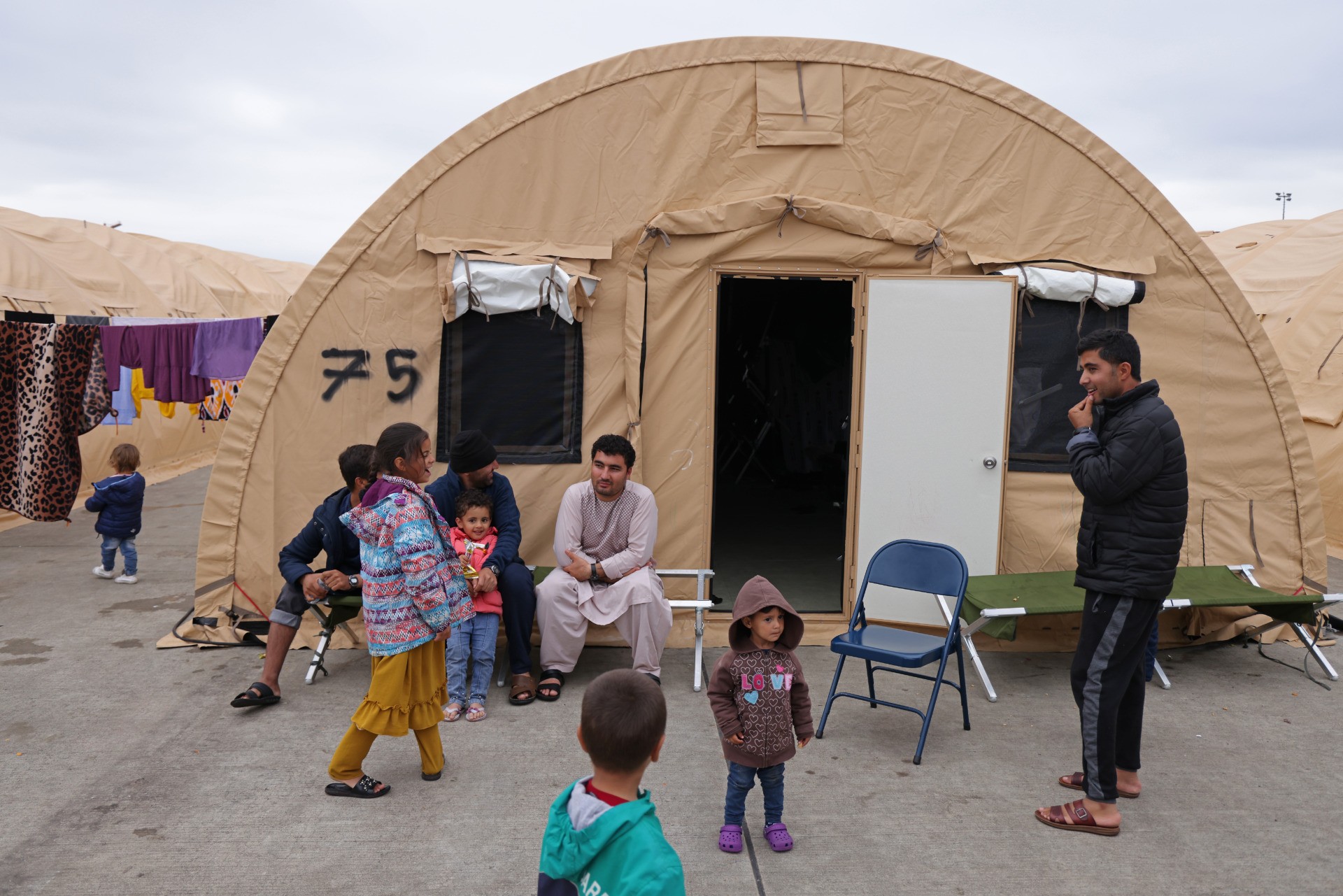 Children and adults at a tent city of temporary accommodation built by the United States Air Force for evacuees from Afghanistan at Ramstein Air Base on September 20, 2021 in Ramstein-Miesenbach, Germany. (Sean Gallup/Getty Images) 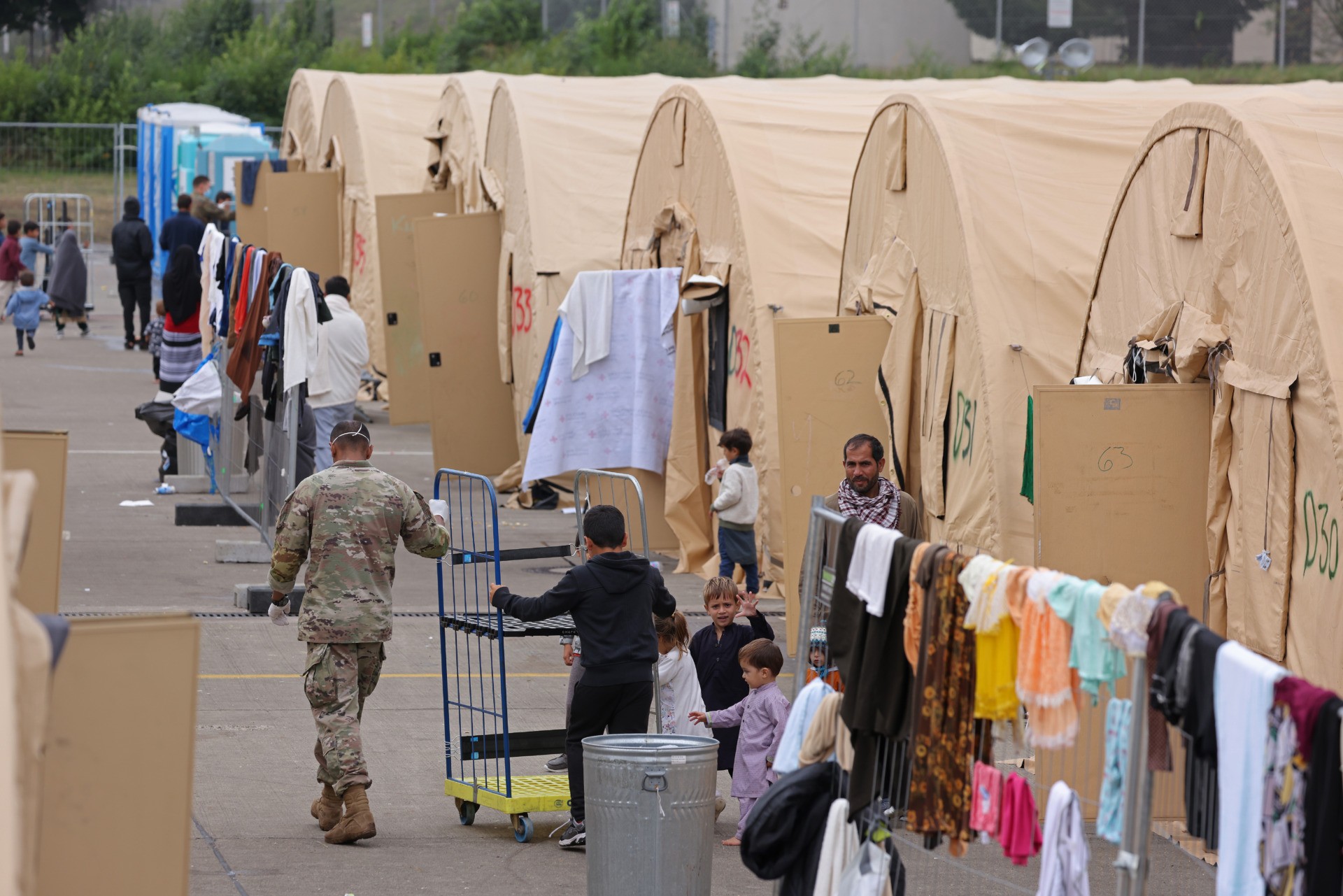 A member of the U.S. military pulls a cart among children and adults at a tent city of temporary accommodation built by the United States Air Force for evacuees from Afghanistan at Ramstein Air Base on September 20, 2021 in Ramstein-Miesenbach, Germany. (Sean Gallup/Getty Images)

The CDC data has prompted that agency to require Afghans receive a measles vaccine, but there continues to be no such requirement that Afghans take one of three available coronavirus vaccines.

As Breitbart News chronicled, the Biden administration is planning to permanently resettle Afghans in 46 states across the nation — including Arizona, Florida, Georgia, Ohio, Michigan, Wisconsin, Pennsylvania, and Texas.

Biden said he hopes to resettle about 95,000 Afghans across the U.S. over the next 12 months. In a 21-day period from August to September, Biden brought more than 48,000 Afghans to the U.S. for resettlement — a population more than four times that of Jackson, Wyoming.

The resettlement operation is being bankrolled by not only American taxpayer money funneled through a number of refugee contractors but also multinational corporations and a non-governmental organizations (NGO) backed by former Presidents Bill Clinton, George W. Bush, and Barack Obama.