Britain’s increasingly green-obsessed Prime Minister has assured young people they have “every right to be angry” with their elders about climate change.

Speaking to the Pre-COP26 summit at the Italian city of Milan via video link, Boris Johnson acted as something of a follow-up act to Greta Thunberg, the tirade-prone Swedish climate activist elevated to global significance by world leaders.

Thunberg, whose media star has been fading somewhat since she turned 18, railed that “so-called leaders have cherry-picked young people to meetings like this” — apparently not seeing the irony, given her own incongruous celebrity status — “to pretend they are listening to us, but they are not listening,” and accused them of “30 years of blah, blah, blah” on the climate.

Apparently keen to placate the likes of Thunberg and youth activists who had earlier disrupted the Italian prime minister’s address, Prime Minister Johnson attempted something of a mea culpa: “I saw the protesters earlier on. And frankly, you have every right to be angry with those who aren’t doing enough to stop it,” he grovelled. 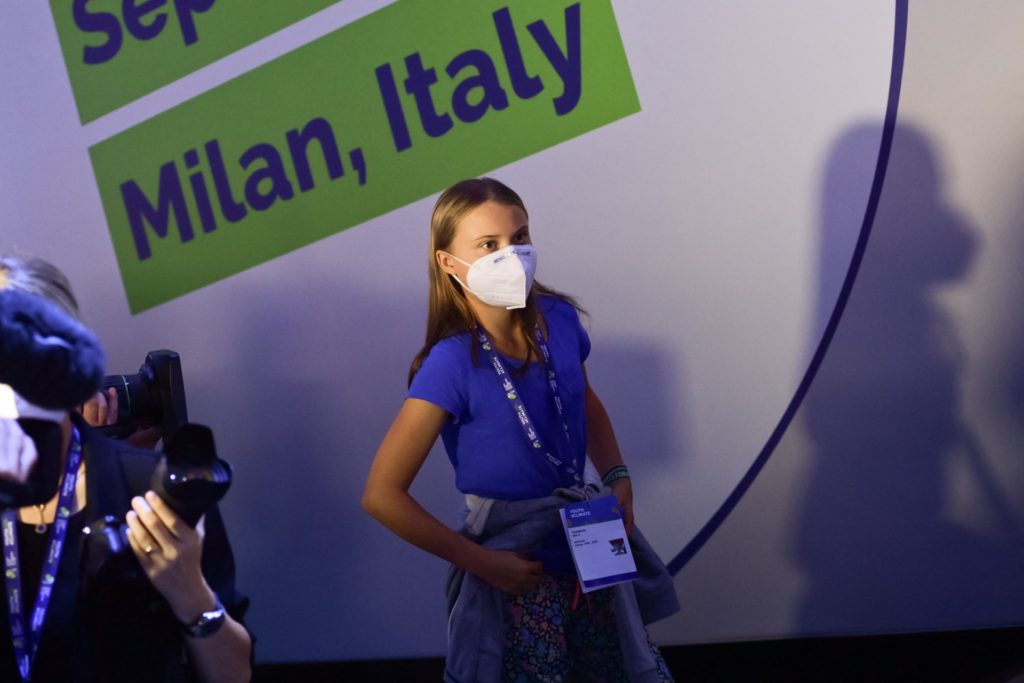 Johnson said that “Young people around the world are already paying the price for the reckless actions of their elders,” waxing lyrical about how “Hundreds of millions of you are facing rising seas, failing crops, burning forests, and ever more ferocious storms, daily challenges that lead to lost opportunity. And your future is literally being stolen before your eyes.”

This last line echoed part of Thunberg’s infamous “how dare you” speech at the United Nations Climate Action Summit in New York City in 2019, where she accused clapping world leaders of having “stolen my dreams, and my childhood”.

Despite his words in Milan and a range of economically damaging green policies, such as an effective ban on extracting shale gas and repeatedly blocking plans to open Britain’s first new coal mine in decades to supply what is left of the British steel industry, it is not likely he will ever win plaudits from Thunberg and her fellow-travellers.

“I find it very strange that they’re like, they are the ones who we’re supposed to look up to now, but they are objectively one of the biggest climate villains,” Thunberg had said of the British in comments to the press in Milan.

“Of course, the climate crisis… more or less it started in the UK since that’s where the Industrial Revolution started, we started to burn coal there, so of course the UK has an enormous historical responsibility when it comes to historic emissions since the climate crisis is a cumulative crisis,” she said, tarnishing the country with a kind of climate change ‘original sin’.

Greta Thunberg Brands Britain as One of the Biggest ‘Climate Villains’ https://t.co/KEAIrjKOtt