The survey, which showed Gov. Ron DeSantis (R) leading both of his potential Democrat challengers — Rep. Charlie Crist (R-FL) and Florida Commissioner of Agriculture Nikki Fried  — in next year’s gubernatorial race, also asked respondents to weigh in on the Biden administration’s employer vaccine mandate, which he announced last month.

“Should the Biden Administration be allowed to create a workplace regulation that could result in people being fired from their job for not getting vaccinated?” the survey asked.

The majority, 54 percent, said no, the Biden administration should not be allowed to do that. Forty-three percent said it should.

Biden made the announcement last month, directing the U.S. Department of Labor’s Occupational Safety and Health Administration (OSHA) to develop a rule forcing businesses with over 100 employees to either mandate vaccines or implement a rigorous weekly testing program. Yet, weeks after the announcement, OSHA has yet to release a rule and has remained mum on when it will come forth. 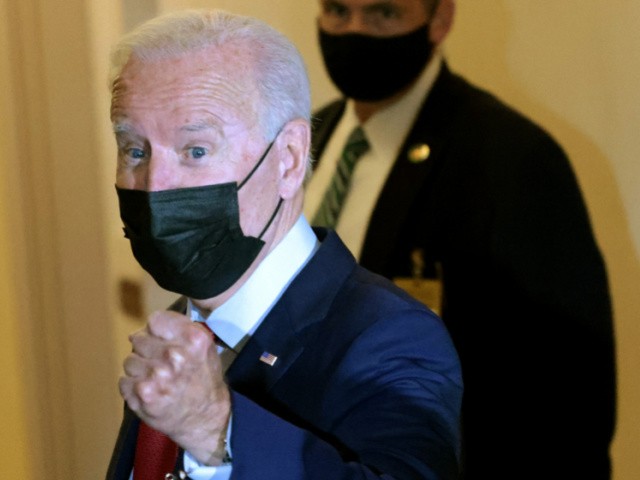 White House press secretary Jen Psaki has also been unable to provide a timeline on when the rule will come.

“We never gave an exact timeline so maybe we should have been more specific at the time. Obviously, it takes time and we want to make sure when we put these out they are clear and they provide guidance necessary to businesses,” Psaki said last week.

“I can’t give you a timeline. OSHA’s working on them but obviously, hopefully, we’ll know more in the coming weeks,” she added.

Notably, the Biden administration admitted in July that vaccine mandates are “not the role of the federal government.”