Some 38 California schoolchildren have been abandoned by His Fraudulency Joe Biden in Afghanistan for 36 days now.

It is a black mark on the corrupt conscience of the American media that this is not the biggest, all-consuming story in the world right now.  Hell, it’s not even the biggest story at the far-left L.A. Times, which just goes to show you that the fake media are even willing to sacrifice children to protect Democrats.

There are dozens of Sacramento-area families still in the country, according to the San Juan Unified School District. Recently, three families — including seven students — made it back to the U.S. But about 38 students are still there.

“We continue to remain hopeful of their safe return soon,” Raj Rai, director of communications for the school district, told me last week.

The nearby Sacramento City Unified School District told The Times that an Afghan immigrant family with three children enrolled at Ethel I. Baker Elementary sought help in fleeing. The students have not yet returned to the school.

These are Americans, American kids trapped behind terrorist lines for 36 days. Why? Because Joe Biden is a sociopath who ordered the military to evacuate Afghanistan before he got all of our people out. 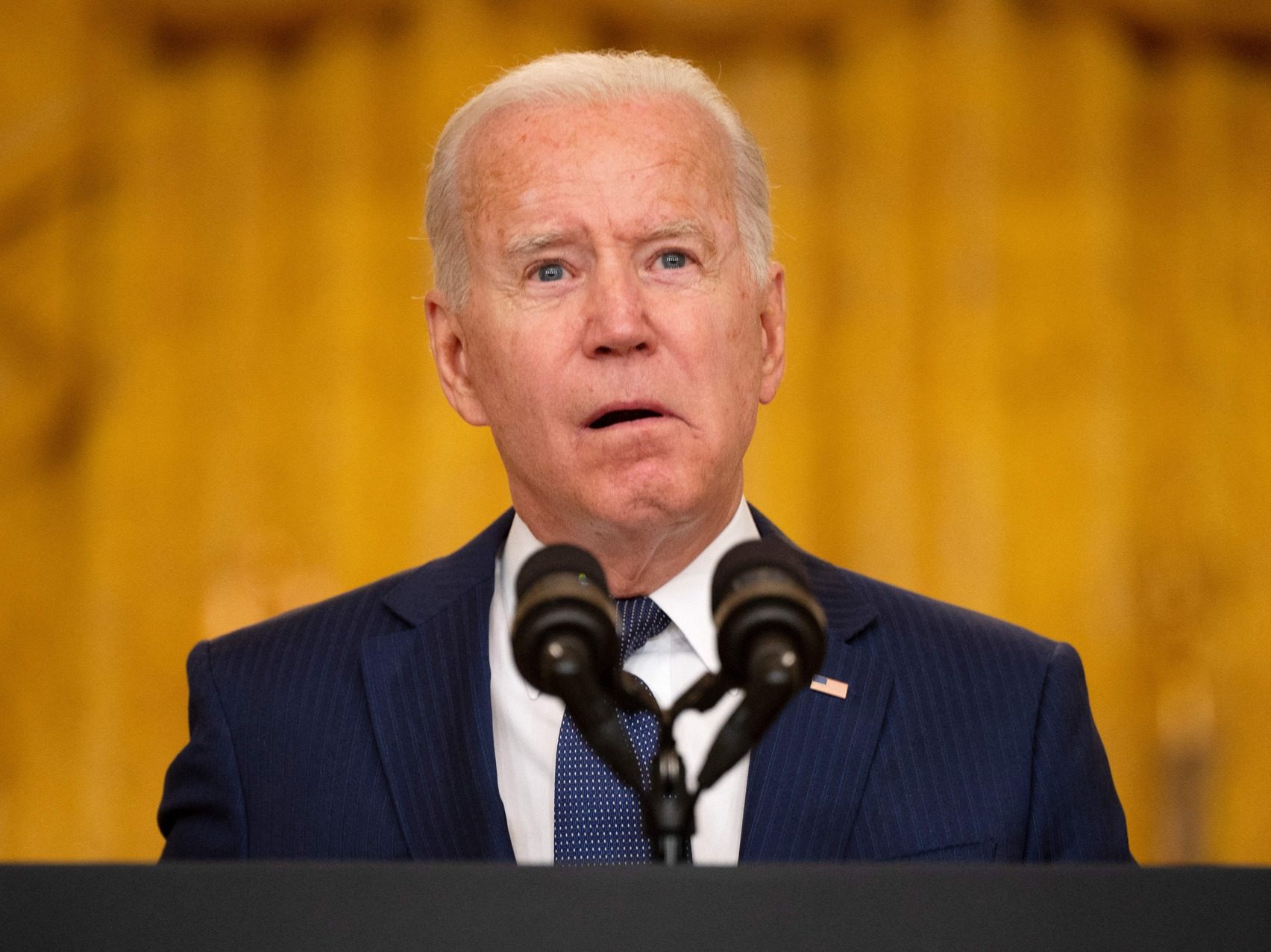 US President Joe Biden delivers remarks on the terror attack at Hamid Karzai International Airport, and the US service members and Afghan victims killed and wounded, in the East Room of the White House, Washington, DC on August 26, 2021. (Photo by Jim WATSON / AFP) (Photo by JIM WATSON/AFP via Getty Images)

And this is just one school district in one state. God only knows how many more there are.

One reason we don’t know is because the State Department refuses to tell us how many Americans are still trapped in that terrorist hell hole. And with the establishment media running interference for Biden, the administration is getting away with this — with not informing the public about who and how many are being held by the Taliban.

And what other conclusion can we come to at this point other than this: these Americans left behind by Biden — and I think that number reaches the hundreds — are being held by the Taliban. In other words, they are hostages.

Other than being held hostage, give me a good reason why these kids are not home, and all the other Americans have not yet come home?

What could possibly be stopping them, other than the Taliban?

And we all know why this is happening. The Taliban are using these hostages to extract concessions and cash from the White House, and if past is prologue, Biden will pay up, which will only encourage more hostage-taking.

Members of the Taliban Badri 313 military unit arrive at the Kabul airport in Kabul on August 31, 2021, after the US has pulled all its troops out of the country to end a brutal 20-year war — one that started and ended with the hardline Islamist in power. (Photo by WAKIL KOHSAR / AFP) (Photo by WAKIL KOHSAR/AFP via Getty Images)

It’s just remarkable that America’s establishment is now so corrupt and broken that children — American children! — being held hostage by monstrous terrorists are no longer as important to the media as shielding Biden from the political damage he deserves. But, of course, this is all his fault. He was the one who decided not only to pull our troops before our civilians (including kids) were safely home; he handed the Taliban tens of billions of dollars in operational U.S. war equipment.

But rather than pressuring the Biden administration to get these kids home, the media are deliberately ignoring what would be a ratings-grabber of a story to protect Biden.

The cause comes first.