Transportation Secretary Pete Buttigieg lavished praise on Vice President Kamala Harris on Thursday as they traveled together to North Carolina to promote infrastructure.

“It’s my honor to be here today with somebody who did so much to make this infrastructure law possible and that’s Vice President Harris,” Buttigieg said during his speech, ahead of Harris’s own remarks in Charlotte.

As President Joe Biden continues to demonstrate declining popularity and vigor, Washington Democrats and media figures are buzzing about a possible Harris or Buttigieg run for president in 2024. Both Buttigieg and Harris tried to compete with Biden in the 2020 Democrat primary. 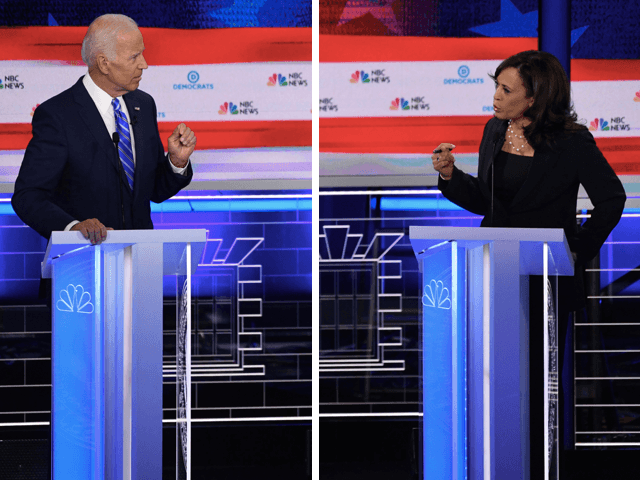 But Buttigieg had nothing but praise for Harris, telling his audience she “traveled this country” and “spent countless hours” helping Biden negotiate with Congress to get the infrastructure bill passed.

“She worked to make sure that clean school buses, clean water, and environmental justice were included,” Buttigieg said glowingly, “all of which were issues she championed in the Senate as well.”

He recalled a meeting with Harris and members of Congress when they were negotiating the details of the bill.

“At just the right moment the vice president spoke,” Buttigieg said, recalling the meeting. “And her message was about the need to think big–not to get lost in the details of the politics, but to remember the unique nature of the opportunity in front of us.”

Buttigieg said Harris was “exactly right” at the time and said she helped shape the conversation that political figures were having that day.

“It’s just one very small example of the countless ways in which her presence has made an impact on this monumental legislation,” he said.

Harris and Buittigieg toured a Charlotte bus depot, as the vice president jumped in the seat of an electric bus.

She commented that the vehicle had a “new bus smell,” pretended to drive the bus, and honked the horn.

“The wheels on the bus go ’round and ’round,’” she said, laughing.

Reporters and journalists traveling with Buttigieg and the vice president specifically asked the transportation secretary about a possible run for president in 2024.

“It’s 2021,” Buttigieg replied. “And the whole point of campaigns and elections is when they go well, you get to govern. And we are squarely focused on the job at hand.”

He emphasized the importance of teamwork in the Biden administration while pushing their agenda forward.

“I am excited to be part of a team led by the president and the vice president, and I think the teamwork that got us to this point is really just beginning,” he said.

Buttigieg appeared grateful that he could lead the way on Biden’s infrastructure deal but ensured the people that Harris and Biden got the credit for passing it in the first place.

“As transportation secretary, I get to be the face of a lot of these investments that we’re doing, but we would not be here without the leadership of the vice president as well as the president, of course, and so many others. So I am glad we’re able to shine a light on that today.”