President Joe Biden traveled to Delaware 31 times during his first year as president, spending the majority of his weekends away from the White House.

The president and First Lady Jill Biden arrived Monday at their home in Rehoboth beach for a few days with plans to leave Wednesday for their home in Wilmington.

Biden is setting a new precedent for the president of the United States to leave Washington, DC, nearly every weekend.

It is unclear what Biden does at his home and who he meets with, as the White House has refused to release visitor logs from his two homes.

Bad news for President Joe Biden piled up right after he left the White House early on Friday for a long weekend at the beach. https://t.co/4GHD3zFoy5

“I can confirm we are not going to be providing information about the comings and goings of the president’s grandchildren or people visiting him in Delaware,” White House Press Secretary Jen Psaki said in August.

The president also made 12 visits to Camp David in 2021, according to former CBS News White House Correspondent Mark Knoller.

Although Biden’s destinations are fairly close to Washington, DC, the president’s travel requires a lot of resources, including complicated Secret Service security protocols and the use of the Marine One presidential helicopter. The press pool of reporters is also shuttled back and forth from D.C. for the weekend.

In August, Biden took nine Marine One flights in 18 days as he juggled time between the White House, Camp David, and his home in Delaware as the disastrous exit from Afghanistan unfolded. 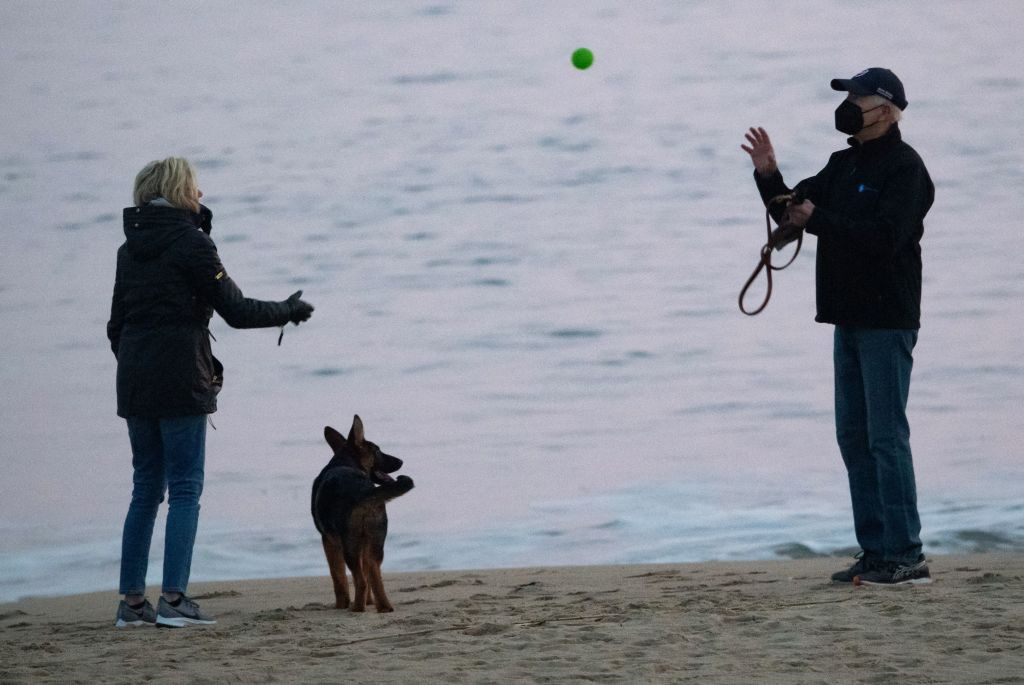 The White House has defended Biden’s many trips to Delaware, arguing that he deserves to spend his weekends at his home instead of the White House.

“The president lives in Wilmington. It’s his home. That’s where he’s lived for many, many years,” Psaki said in March.