Embattled Virginia school district Fairfax County (FCPS) spent nearly $100,000 on a crisis management firm in 2020 to protect the “FCPS brand of being one of the best public school systems in the nation.”

“Our strategic communications will include plans for widely sharing this critical information, eliciting community input, and mitigating controversies or unforeseen circumstances,” the proposal, obtained by Parents Defending Education (PDE), said.

FCPS has seen similar controversies as its neighbor Loudoun County, such as critical race theory, race-based admissions at governors’ schools, First Amendment violations, and gender theory advocacy, as well as reintroducing pornographic and pedophilic materials — even as Loudoun opted against. FCPS paid a total of $99,414.84 to PR firm Yes& to help with “mitigating controversies.” 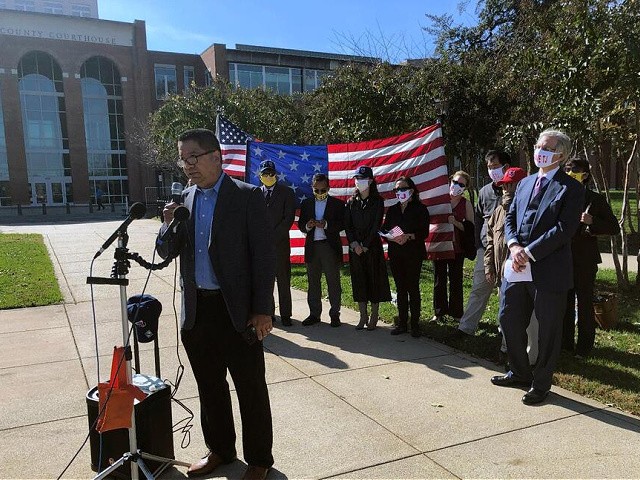 James Pan, the parent of an eighth-grader, speaks about a lawsuit he and other parents filed against the Fairfax County School Board over its plans to change the admissions process at Thomas Jefferson High School for Science and Technology, an elite public school regularly ranked as one of the nation’s best, Thursday, Nov. 5, 2020, in Fairfax, VA. (AP Photo/Matthew Barakat)

As part of a federal civil rights lawsuit against FCPS over race-based admissions practices at one of the district’s elite high schools, it was revealed that school board member Rachna Sizemore Heizer was unhappy with the media strategy surrounding the anti-Asian admissions controversy at Thomas Jefferson High School for Science and Technology.

“I think we need some strategic communication and stronger talking points around TJ admissions,” Sizemore Heizer wrote. “I suggest we frame it on increasing diversity through redefining merit rather than through just a lottery. … I respectfully suggest we do more to control the narrative.” [Emphasis added]

It was also recently revealed that FCPS is looking to set aside $200,000 for a service that will “monitor social media threats, harassment, hate speech and bullying” by way of “active listening,” “deep and dark web sources not visible through traditional search engines,” and “Open Source Intelligence,” according to a request for proposal.

“The new surveillance comes as the National Education Association comes under fire for trying to influence social media giants to silence detractors — most of them parents — and the National School Boards Association imploded after trying to malign parents as purveyors of ‘domestic terrorism,'” PDE Vice President for Strategy and Investigations pointed out in a piece for the Fairfax County Times.