President Joe Biden is taking heat from his own party on Monday over fears that inflation will destroy Democrats’ majorities in the House and Senate.

Inflation, which has reached a 40-year-high, the worst in a generation, is costing American households on average an extra $5,200 in 2022, or $433 per month, according to Bloomberg.

“It’s bad,” a Democrat strategist told the Hill. “You have an energy crisis that’s paralyzing and inflation is at a 40-year high and we’re heading into a recession. The problem is simple. The American people have lost confidence in him.” 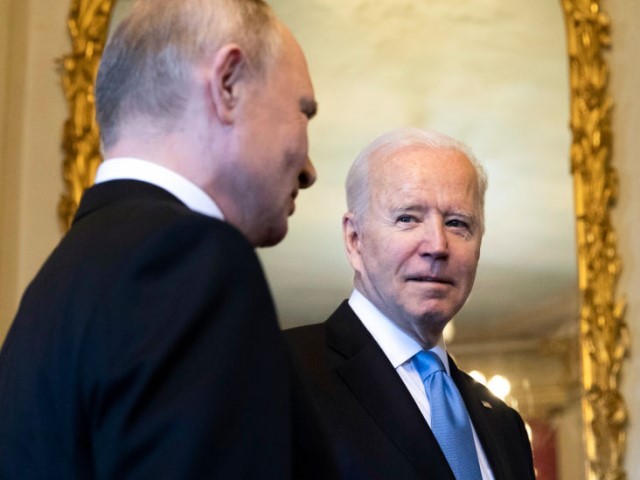 “For whatever reason, the messaging hasn’t gotten through,” an administration official acknowledged to the Hill. “At times it feels like we’re spinning our wheels.”

With the midterms in November, Biden is in a race against the clock to restore the nation from his failed economic policies. Last year, Biden and the Democrats passed a massive stimulus package, which many experts believe fueled inflation. Biden also kept coronavirus restrictions on businesses throughout 2021, further hurting the economy’s supply chain.

“In terms of Biden, I think these can only be called rough political times,” Julian Zelizer, a Princeton University professor of history and public affairs, said. “At least going into the midterm, these poor perceptions of his leadership and the inflationary pressures will weigh him and the Democrats down.”

Polls show that Zelizer is correct. Seventy-one percent of Americans believe the nation is headed in the wrong direction. According to a January poll, Republicans led Democrats on a generic ballot by 12 points. The poll is significant because it reveals the party for which Americans will vote without knowing the specific candidate.

“Things could change,” David Axelrod, an adviser to former President Barack Obama, told Politico. “But with only a quarter of the country believing things are headed in the right direction, the president sitting at a 40 or 42 [percent] approval and inflation at a 40-year high, the atmosphere clearly is not promising for Democrats to buck historical trends.”

Biden is not just suffering from inflation. During Biden’s presidency, more than two million migrants have been apprehended at the southern border, fentanyl became the greatest killer among 18- to 45-year-olds, gas prices increased to all-time highs, weekly wages shrank, supply chain woes have persisted, and the deadly Afghan withdrawal deeply embarrassed the nation.

Americans are so pessimistic about the direction of the country that Republicans have begun to weigh if Biden is weak enough to impeach for failing to enforce border security laws.

“I think that’s definitely a discussion we have to have,” Rep. Jim Jordan said two weeks ago in relation to winning back the House.