The U.S. Air Force announced Monday it has successfully tested a hypersonic missile against a backdrop of China, Russia, and North Korea racing to develop the same advanced military technology.

The test was conducted somewhere off the coast of Southern California, it said.

“This was a major accomplishment by the ARRW team for the weapons enterprise and our Air Force,” Brig. Gen. Heath Collins, Air Force program executive officer for weapons, said in a statement.

“The team’s tenacity, expertise and commitment were key in overcoming the past year’s challenges to get us to the recent success.” 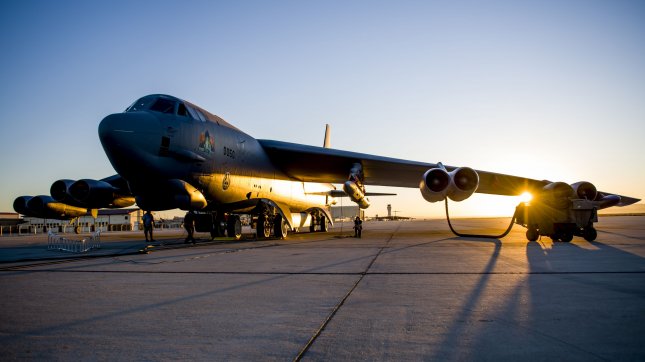 A B-52H Stratofortress assigned to the 419th Flight Test Squadron was used over the weekend to launch a hypersonic weapon off the coast of Southern California. (File/Giancarlo Casem/Air Force/UPI)

“We are ready to build on what we’ve learned and continue moving hypersonics forward,” he added.

The ARRW is a hypersonic weapon that uses a booster rocket to accelerate the missile to speeds in excess of Mach 5, or five times the speed of sound. A hypersonic glide vehicle then separates from the booster and glides at high speed toward its target. 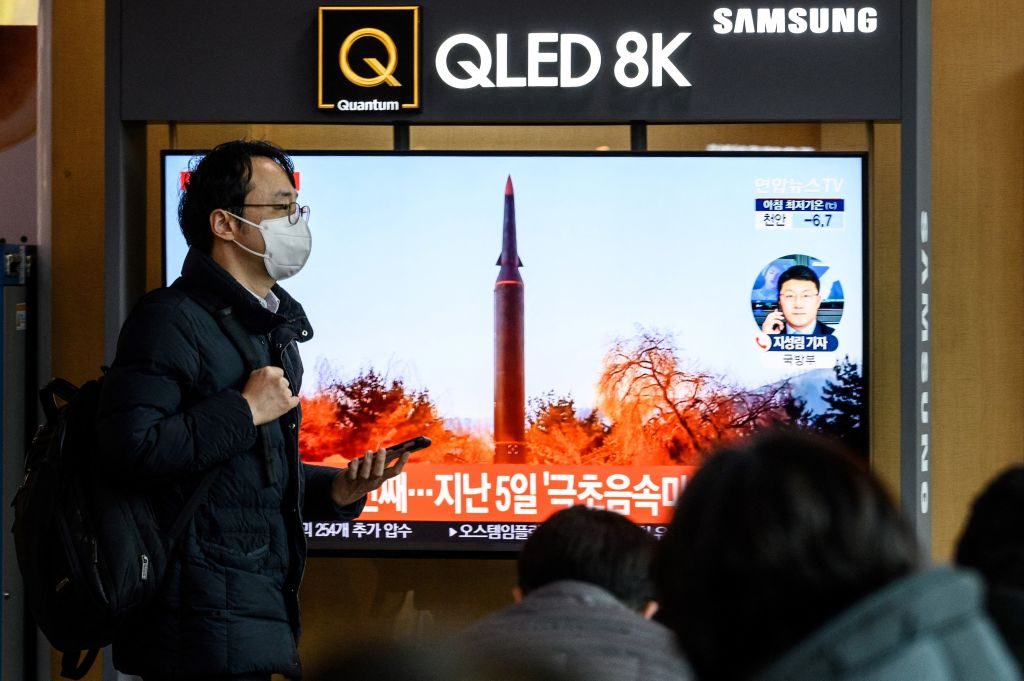 A news broadcast with file footage of a North Korean missile test shows at a railway station in Seoul on January 11, 2022, after North Korea fired a “suspected ballistic missile” into the sea less than a week after Pyongyang reported testing a hypersonic missile. (ANTHONY WALLACE/AFP via Getty)

“The program has not been successful in research and development so far,” Kendall told the House Appropriations Subcommittee on Defense. “We want to see proof of success before we make the decision about commitment to production, so we’re going to wait and see.”
The Pentagon has placed an increased emphasis on hypersonic weapons development after lawmakers became concerned the U.S. was falling behind the Chinese and Russian programs.
Last year, China successfully tested a hypersonic weapon that orbited the globe before hitting its target, as Breitbart News reported.

U.S. intelligence agencies were caught by surprise when China secretly tested a nuclear-capable low-orbit hypersonic missile in August, according to a report. https://t.co/5UsRgr8sbX

The Pentagon said Russia has since used between 10-12 hypersonic weapons since the beginning of its invasion of Ukraine.

The U.S. Army is scheduled to begin deploying a long-range hypersonic missile in late 2023. Some launch and control equipment has already been distributed so troops can begin training on the system.

The Army weapon has a range of less than 2,000 miles, making it much less ambitious than the potentially nuclear-capable orbital device tested by China.