In February 2021, Biden implemented a series of orders protecting most of the nation’s 11 to 22 million illegal aliens from arrest and deportation. The most expansive is Biden’s so-called “sanctuary country” orders that prevent Immigration and Customs Enforcement (ICE) agents from arresting and deporting most illegal aliens — even those with criminal convictions.

“The ICE records indicate that the drop in enforcement activity in 2021 is directly attributable to the implementation of the Biden enforcement policies,” CIS Director of Policy Jessica Vaughan writes.

The ICE data shows that before Biden’s orders were implemented, from October 1, 2020, to February 2, 2021, agents were deporting about 121 illegal aliens every day from the United States interior including about ten illegal aliens classified as “aggravated felons.” 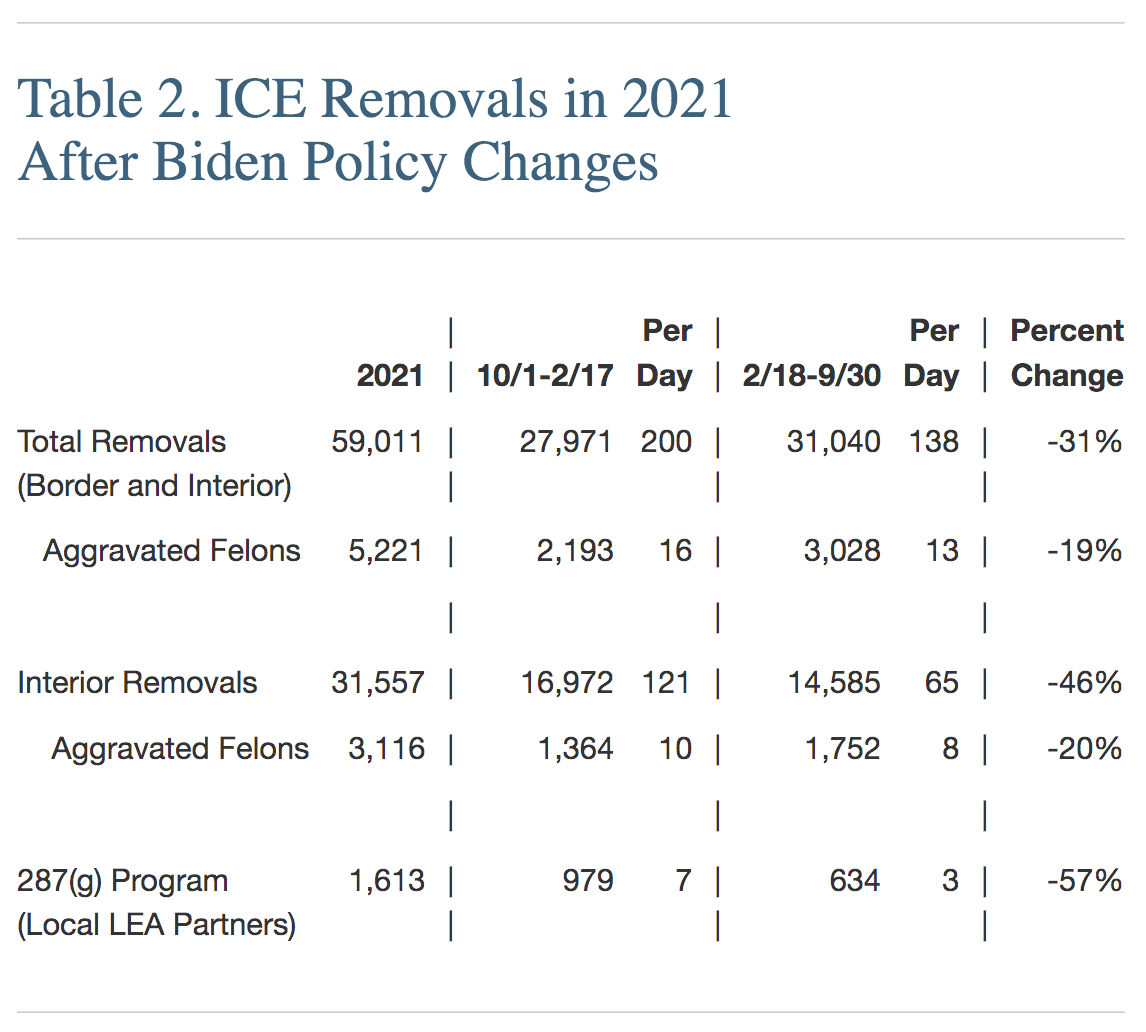 Arizona Attorney General Mark Brnovich is suing the Biden administration over the orders, arguing that the policy unfairly punts the burden of illegal immigration to states.