The chronic U.S. baby formula shortage was slightly eased Sunday by the arrival of foreign supplies desperately sought by President Joe Biden and delivered by the Air Force via Germany.

A U.S. Air Force C-17 cargo plane carrying enough specialty infant formula for more than half a million baby bottles landed in Indianapolis with its urgent cargo months after the crisis began.

Many more deliveries are expected from Europe in coming weeks aimed at relieving a shortage that has sent parents scrambling to find enough to feed their children, according to a White house readout on the crisis.

Air Force planes are being used for the effort, dubbed “Operation Fly Formula,” such is the depth of the crisis facing the nation under the Biden administration, as Breitbart News has reported.

Agriculture Secretary Tom Vilsack was in Indianapolis to greet the arrival of the first shipment from Ramstein Air Base in Germany, AP reports.

The flights are intended to provide “some incremental relief in the coming days” as the government works on a more lasting response to the shortage, Brian Deese, director of the White House National Economic Council, said Sunday. 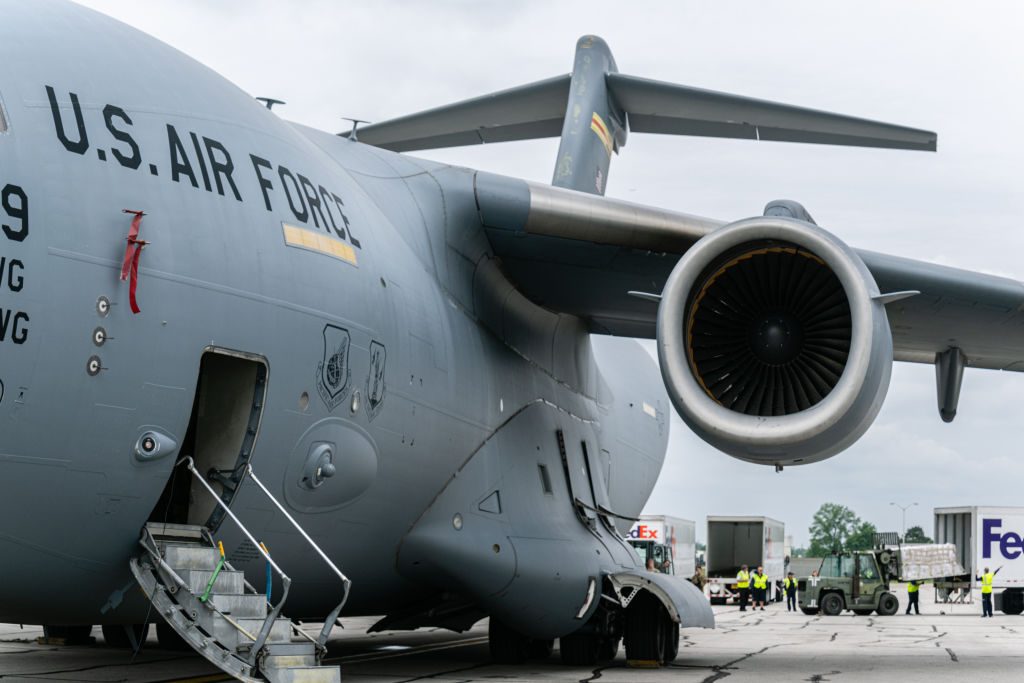 A U.S. Air Force C-17 carrying 78,000 lbs of baby formula from Europe unloads at Indianapolis Airport on May 22, 2022 in Indianapolis, Indiana. The mission, known as Operation Fly Formula, is being executed to address an infant formula shortage caused by the closure of the United States largest formula manufacturing plant due to safety and contamination issues. (Jon Cherry/Getty Images) 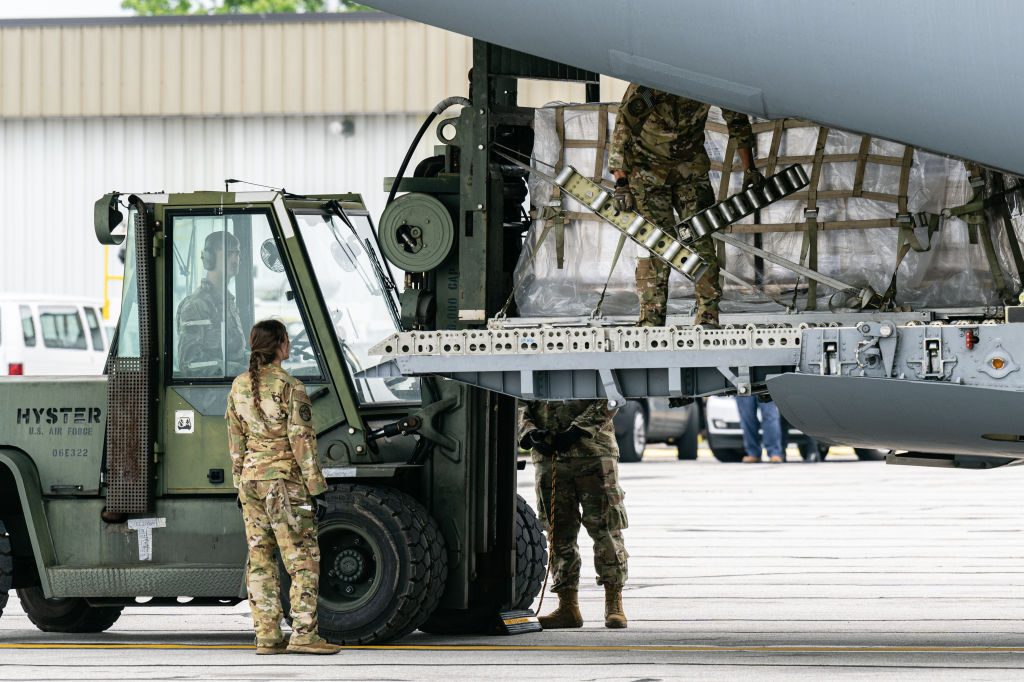 Later Sunday, the White House announced the first two Defense Production Act authorizations for infant formula, both coming from the Department of Health and Human Services.

The White House has said 132 pallets of Nestle Health Science Alfamino Infant and Alfamino Junior formula was to leave Ramstein Air Base in Germany for the U.S. Another 114 pallets of Gerber Good Start Extensive HA formula were expected to arrive in the coming days.