After enjoying years of taxpayer-funded protection from agencies and departments, many of which avail themselves of AR-15 rifles, Hillary Clinton tweeted Friday, “No one actually needs an AR-15.”

No one actually needs an AR-15.

This is not the first time Clinton has a taken a position against guns that runs totally counter to the fact she has spent many years of her life living with the peace of mind that comes from being protected by good guys with guns.

Following the December 2, 2015, San Bernardino attack that killed 14, Clinton said, “Guns, in and of themselves…will not make Americans safer.”

She reacted to push-back against gun-free zones and calls for more citizens armed for self-defense by saying, “…Arming more people–to do what?–I think it’s not the appropriate response to terrorism.” 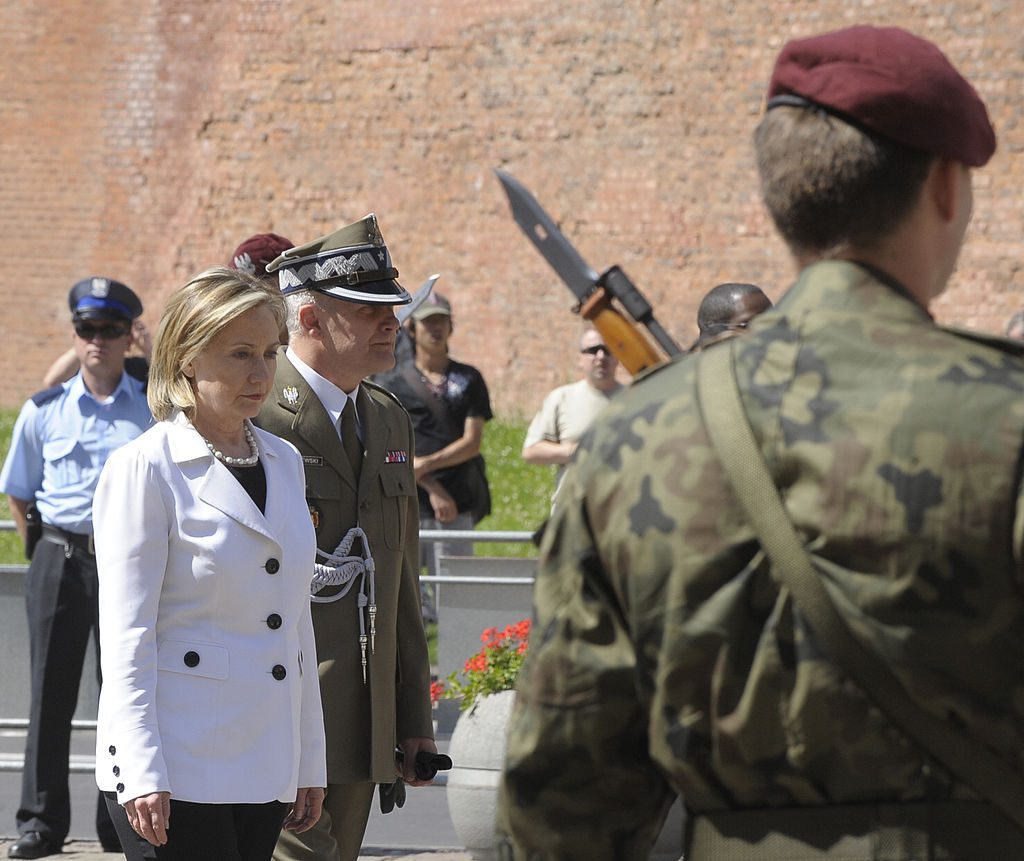 File/U.S. Secretary of State Hillary Clinton (L) is accompanied by a senior officer after she laid a wreath of flowers at the monument of Polish officers murdered by Soviet secret security services in Katyn in 1940, during her visit in Krakow on July 3,2010. (JANEK SKARZYNSKI/AFP via Getty Images) 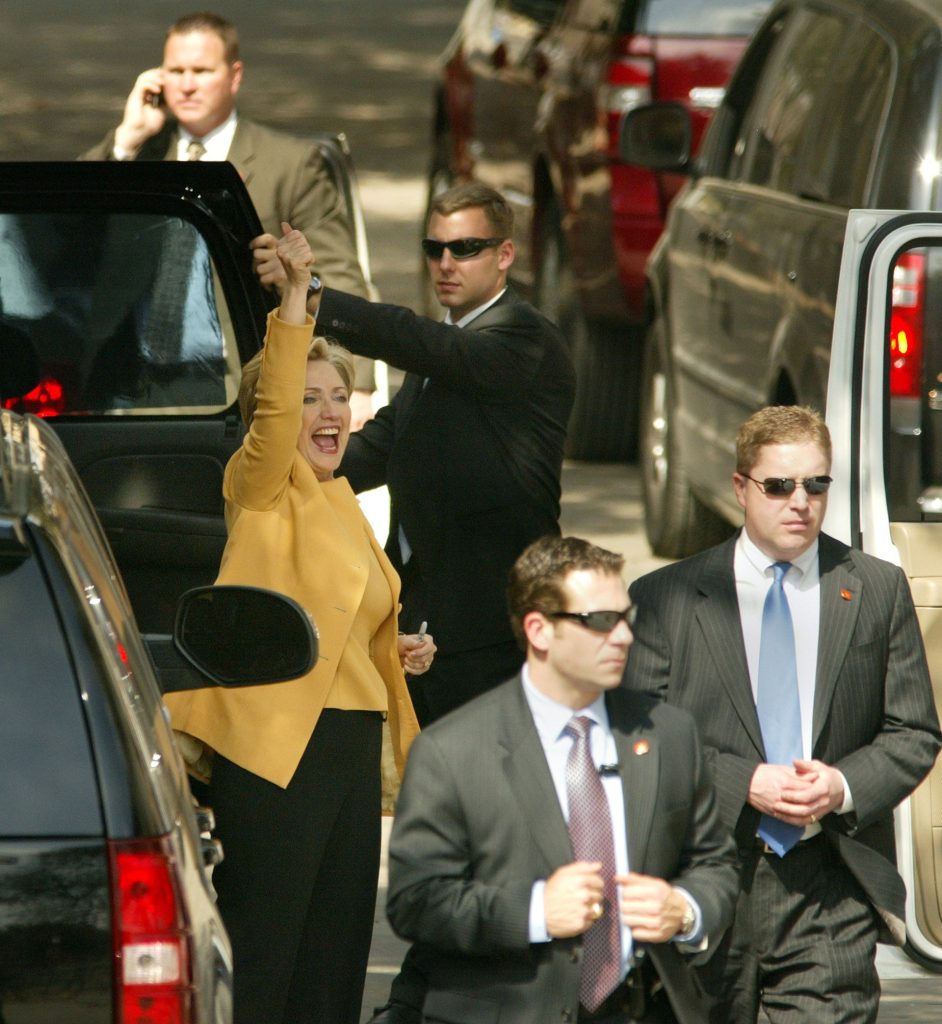 File/Surrounded by her armed Secret Service security detail, Democratic presidential candidate Sen. Hillary Clinton has one last thumbs-up before she leaves the the Fort Worth Stockyards in Fort Worth Texas, Saturday, March 1, 2008. (Paul Moseley/Fort Worth Star-Telegram/Tribune News Service via Getty Images)

On January 3, 2016, Republican presidential hopeful Donald Trump pushed back against Hillary’s comments, saying, “Hillary said that guns don’t keep you safe. If she really believes that she should demand that her heavily armed bodyguards quickly disarm!”

Amid President Biden’s current gun control push Breitbart News pointed out he is protected by the very guns he wants to bar Americans from owning.