President Joe Biden reacted to the decision by the Supreme Court to overturn Roe v. Wade on Friday, expressing his strong disagreement with their decision.

“It just stuns me,” Biden said, pausing as he read his speech from the teleprompter. “Imagine a young woman having to carry a child as the consequence of incest with no option.”

The president decried the decision by the Supreme Court as “cruel” and leaving a “dark shadow” on the country by removing the right to abortion in many states.

“It’s a realization of an extreme ideology and a tragic error by the Supreme Court in my view,” Biden said, calling it a “sad day for the court and for the country.”

The president also warned the decision threatened Supreme Court recognition of the right to use contraception and the right to gay marriage.

“This is an extreme and dangerous path the court is now taking us on,” he said.

Biden blamed former President Donald Trump for nominating three justices to the Supreme Court who believed in an originalist interpretation of the Constitution. 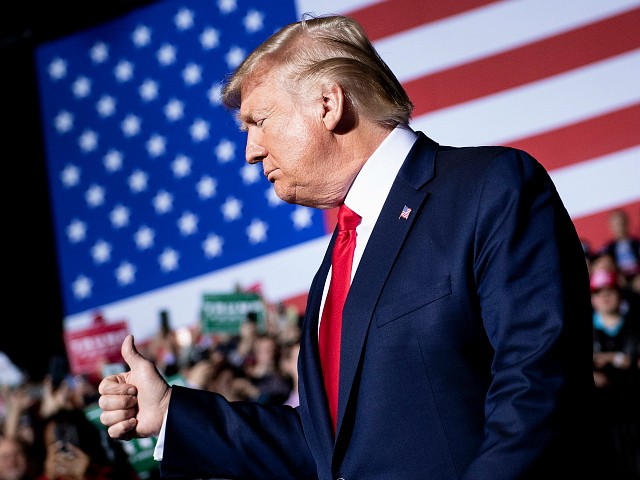 “It was three justices named by one president, Donald Trump, who were the core of today’s decision to upend the scales of justice and eliminate a fundamental right for women in this country,” Biden said.

The president also vowed to support the right for women in states where abortion was illegal to travel to get abortions in other states.

The president called the right to an abortion a “fundamental right” for women in America to choose whether or not to kill their unborn child “intensely personal.”

The president spoke in reaction to the Supreme Court decision at the White House on Friday afternoon, about two hours after the ruling was issued.

“Abortion presents a profound moral question,” Justice Samuel Alito wrote in the majority opinion released by the court. “The Constitution does not prohibit the citizens of each State from regulating or prohibiting abortion.” 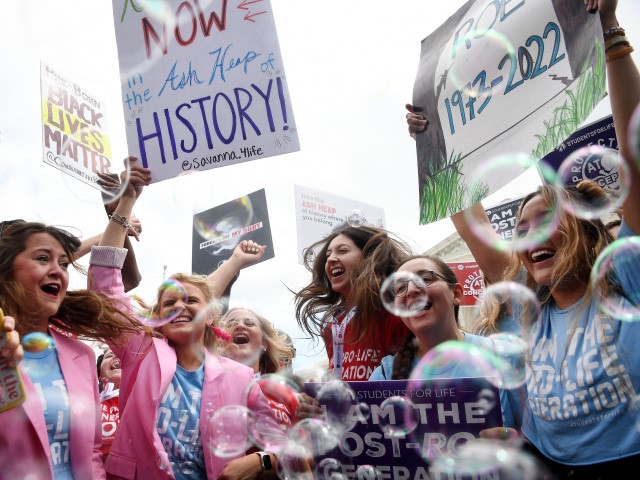 Pro-life campaigners celebrate outside the US Supreme Court in Washington, DC, on June 24, 2022. (OLIVIER DOULIERY/AFP via Getty Images)

Biden, who proclaims he is a practicing Catholic, continues to oppose his church’s condemnation of abortion.

The president called for Americans to elect more Democrats to Congress in order to enshrine the right to abortion in federal law.

Despite his disappointment in the ruling, Biden called for peaceful protests of the decision.