Between late February and the end of June, O’Rourke raised a record of $27.6 million, while his general election opponent, Gov Greg Abbott (R-TX), was not far behind, taking in $24.9 million, the Texas Tribune reported. Since November 15, 2021, O’Rourke has raised $40.9 million, but only 60 percent of the total has come from contributors in Texas, compared to Abbott’s $37 million, 83 percent of which has come from in-state donors. Abbott has 45.7 million in cash on hand, leading his opponent by a nearly 2-1 margin, as O’Rourke has 23.9 million in his war chest. 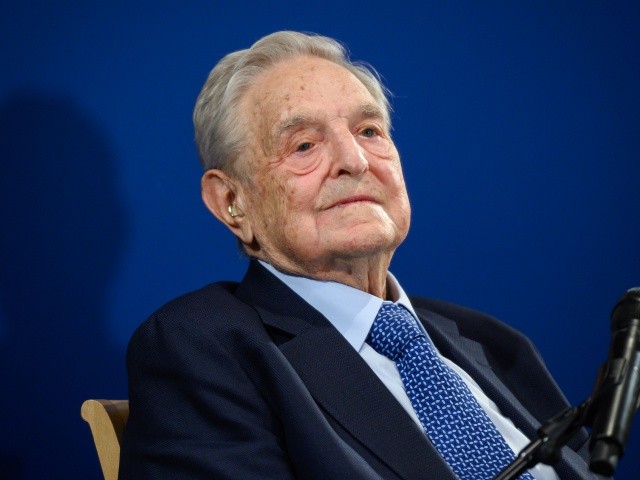 Hungarian-born US investor and philanthropist George Soros looks on after having delivered a speech on the sidelines of the World Economic Forum (WEF) annual meeting, on January 23, 2020, in Davos, eastern Switzerland. (Photo by FABRICE COFFRINI/AFP via Getty Images)

Soros-backed O’Rourke launched a presidential bid in 2020 and failed to secure a single delegate following a 2018 bid for U.S. Senate in Texas, where he lost to Sen. Ted Cruz (R-TX). Now, he looks to unseat Abbott, who is vying for his third term as governor. recent polling out of the Lone Start State consistently shows the sitting governor leading the race. A University of Texas poll from earlier this month had Abbott ahead of O’Rourke by six percentage points at 45 percent and 39 percent, respectively, among Texas voters. In A CBS/YouGov poll released on June 30, O’Rourke garnered 41 percent of the response among adult residents in Texas, which was eight points behind Abbott with 49 percent.