After winning the Democrat primary months ago, Bragg sailed to victory with more than 83 percent in the Manhattan District Attorney’s race against Republican Thomas Kenniff who received less than 20 percent of the vote.

Bragg ran a campaign centering around his pro-jailbreak agenda that seeks to end prosecutions for what he calls “minor offenses” such as marijuana misdemeanors, turnstile jumping, trespassing, driving with a suspended license, prostitution, resisting arrest for non-criminal offenses, and obstructing the work of the New York City Police Department. 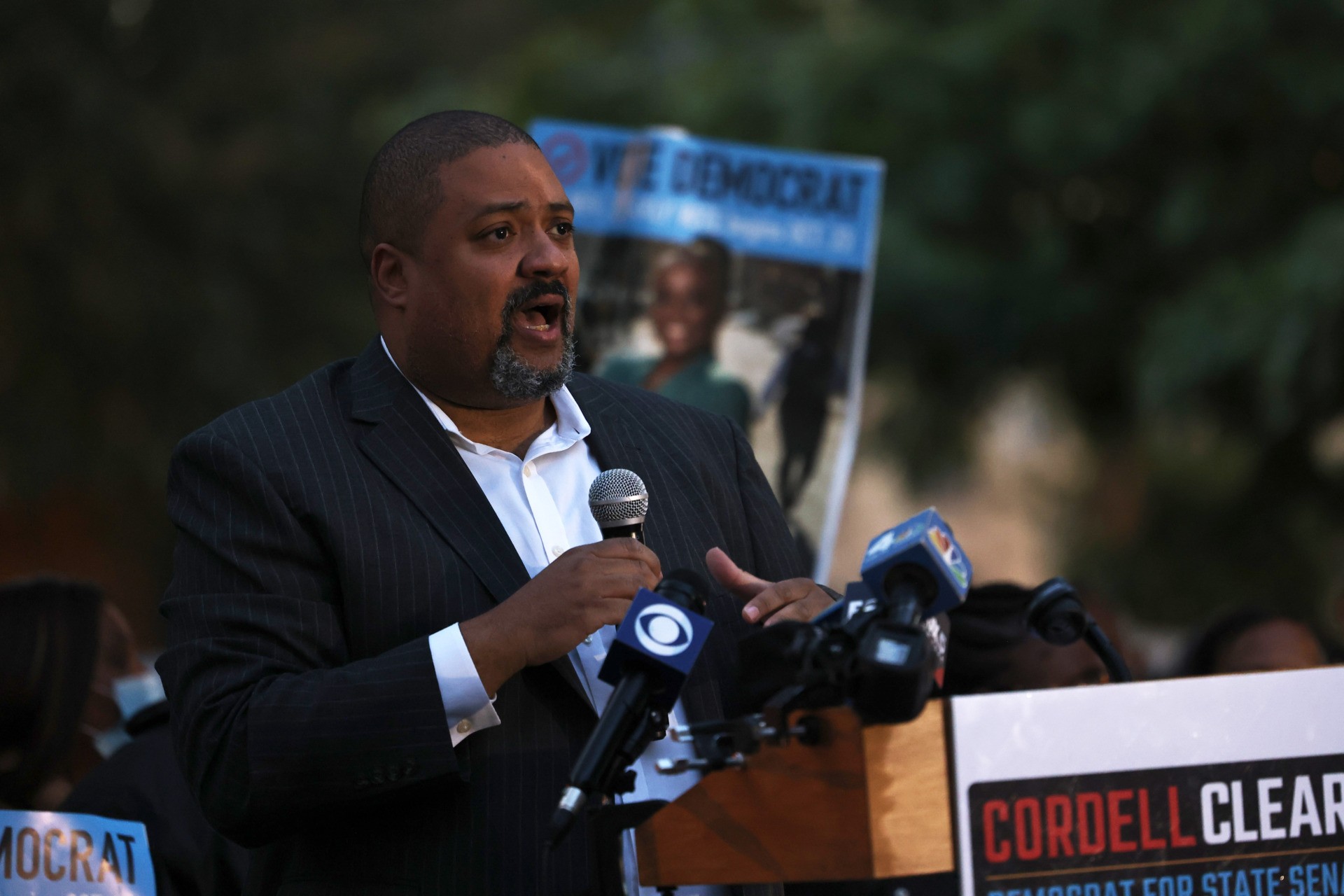 District attorney candidate Alvin Bragg speaks during a Get Out the Vote rally at A. Philip Randolph Square in Harlem on November 01, 2021 in New York City. (Michael M. Santiago/Getty Images)

Likewise, Bragg has said he will reduce “mass incarceration” by recommending no more than 20-year maximum prison sentences “absent exceptional circumstances.” Bragg, notably, plans to ensure jail release for all suspects accused of crimes in Manhattan except in homicide, assault with a deadly weapon, and felony sex crime cases.

In June, Bragg was linked to Soros after it was revealed that the far-left Color of Change PAC which endorsed his candidacy was receiving millions from the billionaire investor.

At the time, Soros had donated about $1 million to the Color of Change PAC which was spending their funds to drive up support in Manhattan for Bragg.

The backing is only the latest case in which Soros has spent millions to get pro-jailbreak Democrats elected in local district attorney races.