Democrat Sen. Mark Kelly is conspicuously avoiding any mention of his staunch gun control advocacy as he asks Arizona voters to support his bid for reelection.

Kelly cofounded the gun control group Americans for Responsible Solutions with his wife Gabby Giffords less than a month after the Sandy Hook Elementary School attack. That gun control group morphed into Giffords, a gun control outlet which grades states on the stringency of their gun control and pushes for the adoption of further restrictions at the state and federal level. 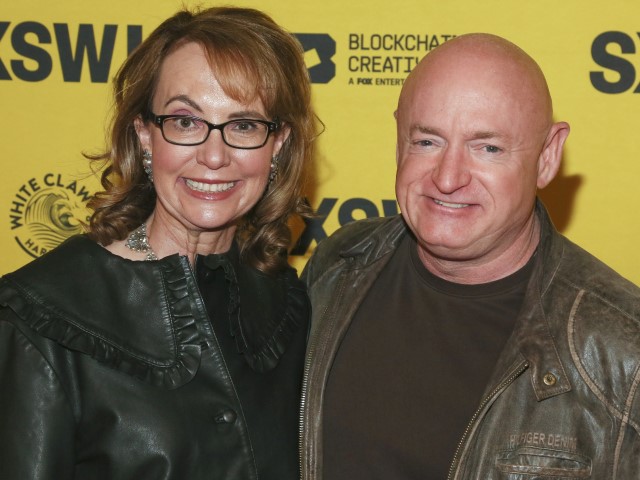 Gabby Giffords, left, and her husband Sen. Mark Kelly (D-AZ) arrive for the world premiere of Gabby Giffords Won’t Back Down at the Paramount Theatre during the South by Southwest Film Festival on Saturday, March 12, 2022, in Austin, Texas. (Jack Plunkett/Invision/AP)

Breitbart News reported that Kelly shied away from highlighting his deep involvement in the gun control lobby during his 2020 campaign in a special Senate race against Martha McSally (R). He benefited from the fact that McSally largely left Kelly’s gun control commitment off the table as well.

Fast forward to 2022 as Kelly runs for a full six-year Senate term with an approach thus far very similar to 2020: campaign ads focus on his opposition to Supreme Court decisions protecting life and other issues, but no mention of gun control.

Kelly is running now against pro-Second Amendment Blake Masters (R), and a commercial airing again and again in the Phoenix area contrasts Masters’ support of SCOTUS’s pro-life decision with Kelly’s use of classic leftist catch phrases about women’s health. 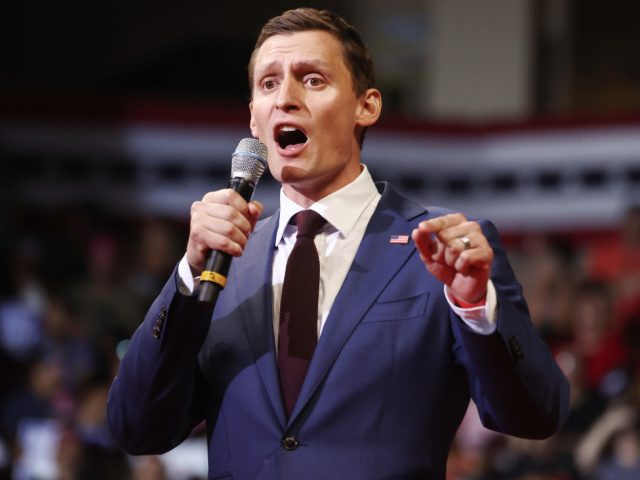 Kelly runs no ad mentioning that he and his wife founded a gun control group in January of 2013 and thereafter spent nearly a decade pushing for universal background checks and other gun controls.

Nor does he talk about the time he went into Diamondback Police Supply — a Tucson, Arizona, gun store — with camera person in tow to purchase a gun as a way to highlight his contention that laws for gun purchases are too lax.

Breitbart News pointed to his February 2013 attempt to buy the firearm in Tucson, noting that Kelly’s theatrics coincided with his and his wife’s post-Sandy Hook push for universal background checks. Breitbart also noted that Kelly was not allowed to buy the gun because he did not have the proper ID required by the background check system that had been in place since 1998.

Roughly two weeks later Kelly went back with the proper ID and passed a background check, then bought a semiautomatic handgun. He released a hidden-camera video of how easy it was to purchase the gun but made no mention of the fact that his first attempt was refused.

Upon passing the background check, Kelly also bought a semiautomatic rifle, but the sale was terminated because Kelly made such a show of it that Diamondback Police Supply owner Douglas MacKinlay squashed the purchase, citing concerns related to Question 1 on ATF background check form 4473. (That question asks a would-be buyer to affirm that he is indeed the buyer or transferee, and is indeed buying the gun for himself or having it transferred to himself.)

Yet Kelly does not mention his gun control efforts in his current campaign ads.