Dershowitz said the government kept Giuffre out of the trial due to her lack of credibility.

He remarked, “I’m not neutral on this, because the woman who brought this case to the attention of the government, the woman who blew the whistle — the main witness — also accused me of having sex with her, and I proved conclusively — through her own diaries, through her own lawyer, through our own emails — that it would be impossible for me to have ever met her.”

He continued, “David Boies, [Giuffre’s] own lawyer, says on tape it would be impossible for me to meet her, and she’s wrong, simply wrong. Her other lawyer said she never had sex with prominent people, and so the government quite deliberately didn’t use Virginia Giuffre, this lying witness. They didn’t use her. So there’s an empty chair at the trial, the key witness, the one who brought attention to this case, the one who said she was trafficked to all these rich people … the government decided not to use her because they didn’t believe her. 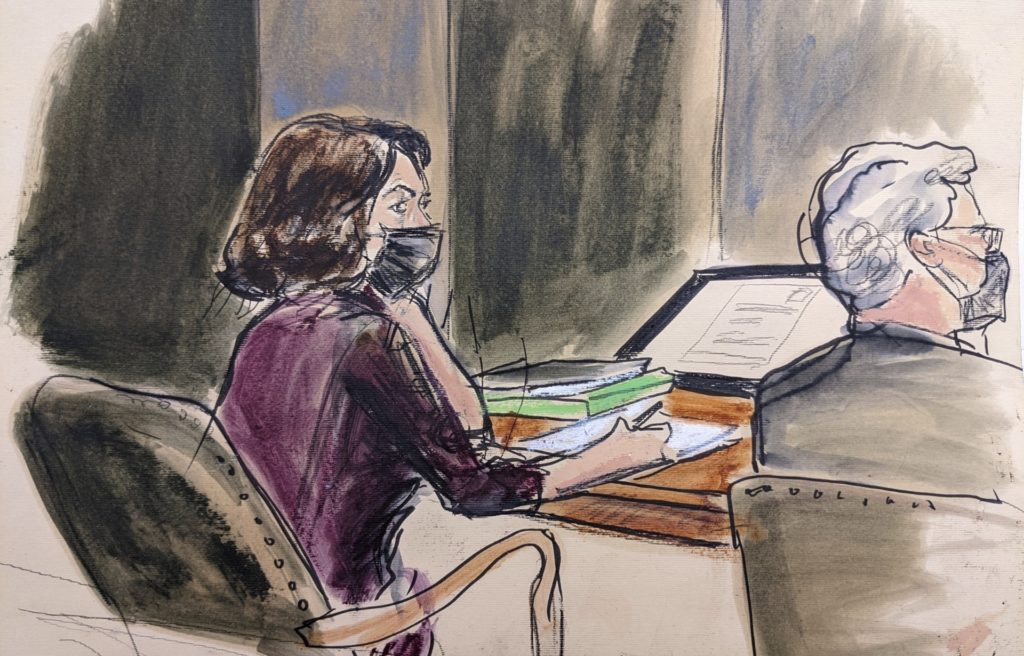 In this courtroom sketch, Ghislaine Maxwell, left, sits at the defense table with defense attorney Jeffrey Pagliuca while listening to testimony in her sex abuse trial, Thursday, Dec. 16, 2021, in New York. (Elizabeth Williams via AP)

Prosecutors “didn’t think [Giuffre] was credible,” Dershowitz added. He said the government’s prosecution of Maxwell is driven by her proximity to Jeffrey Epstein rather than the strength of evidence against her.

“There are a lot of holes in the case,” he said of the government’s prosecution of Maxwell. “If her name was Jane Smith and if her boyfriend were John Smith — not Jeffrey Epstein — there would have been an acquittal. There wouldn’t have been a prosecution, but because this is really a surrogate trial for Epstein, it’s going to be very hard for her to get an acquittal, because if she gets an acquittal, I think people will say, ‘Oh my god, that means that Epstein got acquitted.'”

Dershowitz concluded, “I think that it’s going to be very hard for her to get fair trial. The fact that she was not let out on bail and she was kept in terrible conditions for all this period of time is also suggestive about the unfairness. So again, I can’t make a prediction, but there should not be a conviction in that case.”