A man with a bloodied face appeared on livestream claiming to have been punched during anti-MILO riots at UC Berkeley. Masked protesters were also caught on video attacking attendees with thrown objects and protest signs.

The man appeared on video with a bloodied face, alleging that he was attacked by a protester. In the background, a rioter can be heard yelling “if you f**k with us, we’ll f**k with you.”

Later, on BuzzFeed’s live video stream, protesters could be seen attacking people with flagpoles and hurling objects at them.

BuzzFeed’s reporter noted that one man was spotted “bleeding profusely.” Splatters of blood were spotted on the plaza where the protest took place. 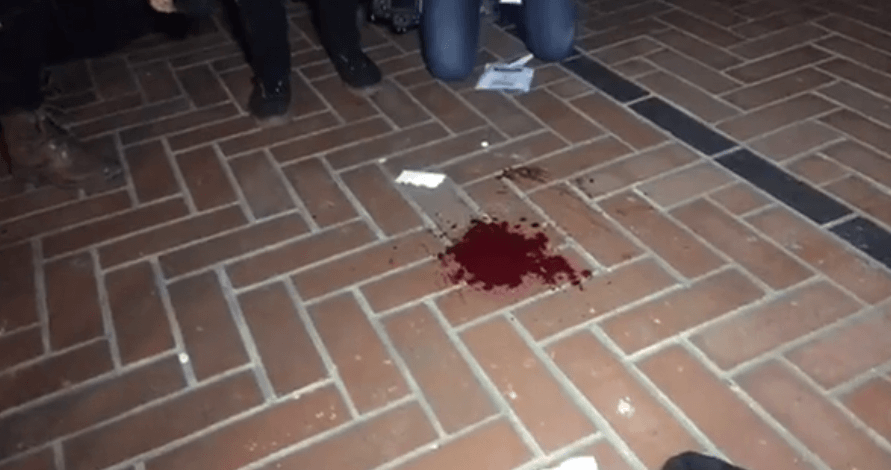 Violence at the event began after the arrival of a large number of masked “anti-fascist” protesters, who immediately stormed police barricades and lit fires.

Police have issued a dispersal warning, declaring the protest an unlawful assembly, and are bringing in additional resources.

Riot police just moved into the crowd to rescue an injured man with blood all over his face. That was one of the Trump supporters. pic.twitter.com/dArKB9tQtq

Due to violent demonstration, additional resources are being brought in. Cal students should leave the area immediately. #miloatcal