Green Bay Packers quarterback may miss out on winning MVP this year due to his comments on the coronavirus vaccine earlier this year, according to an ESPN personality.

According to ESPN’s Doug Kezirian, despite being the “closest candidate” to win MVP due to the Packers record of 10-3, Rodgers may lose the title to Tom Brady.

The Packers must face Baltimore and Cleveland, in addition to Minnesota and Detroit in their final four games. While that opponent list is more challenging and could provide opportunities for the reigning MVP to make a strong case for another trophy, Rodgers still faces an uphill battle. His handling of the COVID-19 vaccination storyline and offseason drama will likely cost him key votes. It seems a bit silly but I do think that will inhibit his case, in addition to voter fatigue.

Should the 44-year-old Tom Brady take home the MVP instead of Rodgers or Patrick Mahomes, he’ll trail former quarterback Peyton Manning by just one for most of all time. 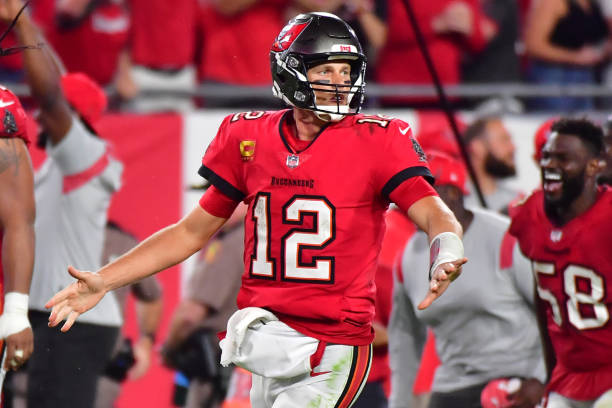 This autumn, Aaron Rodgers became a lightning rod for controversy after his refusal of the coronavirus vaccine became public knowledge – a decision he did not regret and doubled down on during an interview on the Pat McAfee Show. 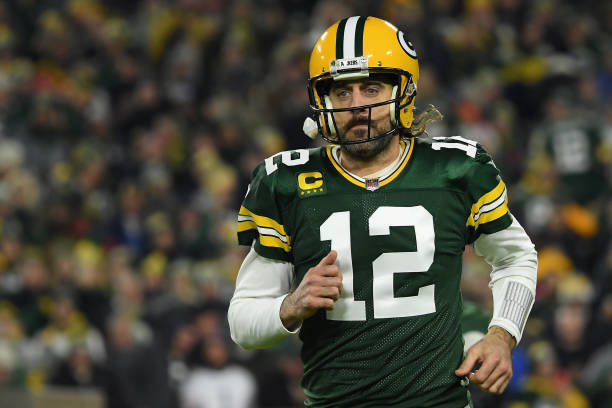 GREEN BAY, WISCONSIN – DECEMBER 12: Aaron Rodgers #12 of the Green Bay Packers, runs onto the field before the NFL game against the Chicago Bears at Lambeau Field on December 12, 2021 in Green Bay, Wisconsin. (Photo by Quinn Harris/Getty Images)

Rodgers further blasted the media for lying about his personal health decisions.

“To just say that [the vaccines are] a blanket for all that ails you, in my opinion, is wrong and reckless. And for the media out there taking shots at me, if you don’t know my story, well, now you do,” he exclaimed. “So, quit lying about me, and personal health decisions, in my opinion, should be private.”

The confession came after Rodgers tested positive for coronavirus, causing him to sit out on at least one game. He was later fined $14,650 for violating the NFL’s coronavirus protocols.