According to reports, a 30-year executive at sportswear giant Adidas admitted that he promoted a black employee to a managerial position as a “contribution to diversity,” a claim that launched an investigation into his actions.

Employees cried foul after Roland Auschel, the head of sales and a 30-year Adidas executive, reportedly told them during a meeting that he gave the black employee favor because of his skin color, the Financial Times reported. 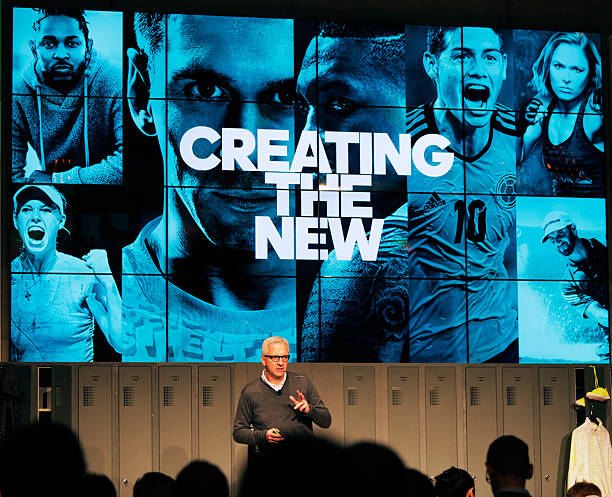 The “completely inappropriate” comment spurred Adidas to launch a two-year investigation into Auschel’s actions at the company conducted by an outside law firm.

The results of the investigation determined that “There have been no further indications of possible misconduct” since he made the inappropriate promotion.

Adidas added that the investigation “revealed a training need for the executive in question in the areas of communication and diversity, equity and inclusion.”

After the determination, Auschel reportedly underwent “several months” of training in 2021. The errant exec did not lose any pay or benefits, FT found. 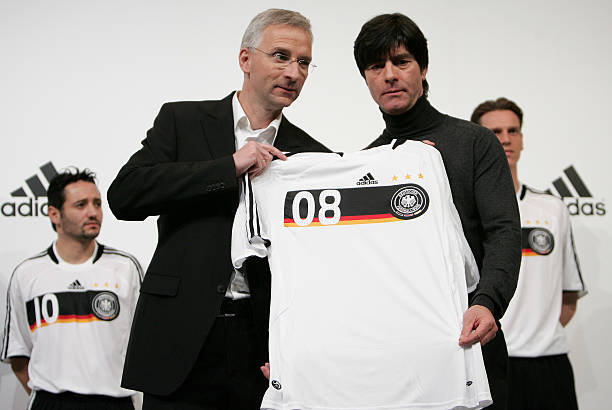 CEO of Adidas Europe Roland Auschel hands over the new shirt to German head coach Jochim Loew (R) of the German national football team during a presentation of the Euro2008 Shirt at the Carvallo theater on November 14, 2007, in Hanover, Germany. (Friedemann Vogel/Bongarts/Getty Images)

Indeed, Adidas extended Auschel’s contract this year and handed him a fat 26 percent raise to his bonus pay. As a result, he will now make close to $4 million a year, the paper noted.

Adidas has been in the news recently for ending its association with rapper Kanye West who has come under fire over multiple instances of seeming antisemitism.

Since dumping its partnership with West, several Adidas employees accused the rapper of showing them pornographic images during a meeting.