Lucian Wintrich, a photographer, artist and Trump supporter from New York has been suspended from Facebook following a mass-reporting campaign by outraged critics.

Wintrich says he was banned for use of the word “fag” in one of his posts. This happened despite the fact that Wintrich is gay himself. He’s the creator of “Twinks For Trump,” a photography series featuring young gay male Trump supporters.

His work featured prominently at Breitbart Tech editor’s “Gays For Trump” party, seen in the picture below. The event was headlined by Milo and attended by Islam critics Pamela Geller and Geert Wilders, leader of the Dutch Party For Freedom. 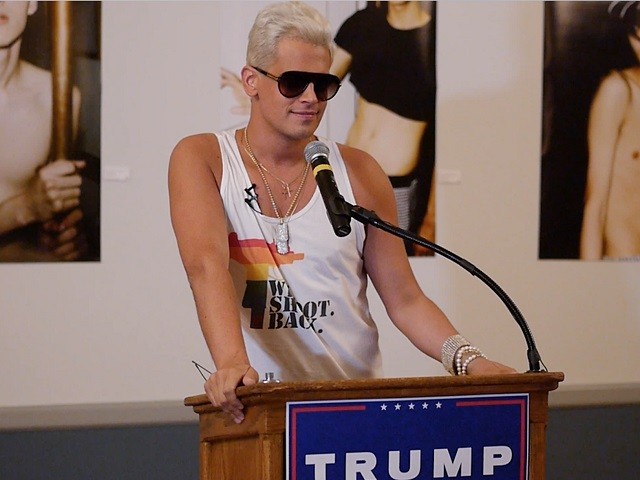 Speaking to Breitbart, Wintrich slammed Facebook for suspending him.

“The reason I have a suspension from Facebook is posting ‘It’s amazing that for the first time in History, conservatives are standing up for homoerotic twink photography while fags in Brooklyn are screaming ‘this is disgusting! ‘Everyone stop sharing these images!’ ”

“The irony of that was too much for people and they coordinated (one of many) mass reportings of my account… Which seems to be happening more and more frequently, now across all social media.”

A few days later, Wintrich was suspended a second time. This time, his crime was sharing a comment from another gay conservative, who reported that he had been called a “retarded faggot” over his support for Trump. Despite the fact that this time it was Wintrich calling attention to negative use of the term “faggot” against a gay person, he was the one suspended. 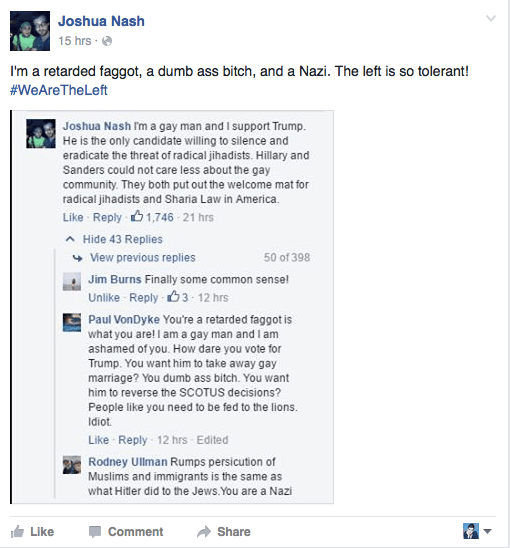 “I seriously can’t believe this nonsense” said Wintrich. “In addition to Facebook being my largest social media platform, I also use it for my day job (I work in digital strategy/community management). I was also LITERALLY in the process of writing an article about how insane it is to chastise gays for party affiliation, when in general, the Republican party is better. Meanwhile, everyone and their mom is allowed to threaten/criticize conservatives on Facebook without so much a slap on the wrist. It’s too much.”

In the wake of our article, Facebook restored the account of Lucian Wintrich, telling the photographer that their initial action was the result of an error. A full article on the reinstatement will follow shortly.