Breitbart News has ranked as one of the ten most engaged Facebook sites for the month of December.

NewsWhip reports that Breitbart News has officially ranked #9 on the list of the top ten most engaged Facebook pages for the month of December, beating publications such as the Washington Post, CBS News, and Buzzfeed. With 13,907,358 interactions, Breitbart News ranked above Indiatimes.com to grab the ninth spot just below 247Sports.com. NewsWhip notes that “The Daily Wire dropped from 15.5 million engagements to 11.5 million from November to December.” 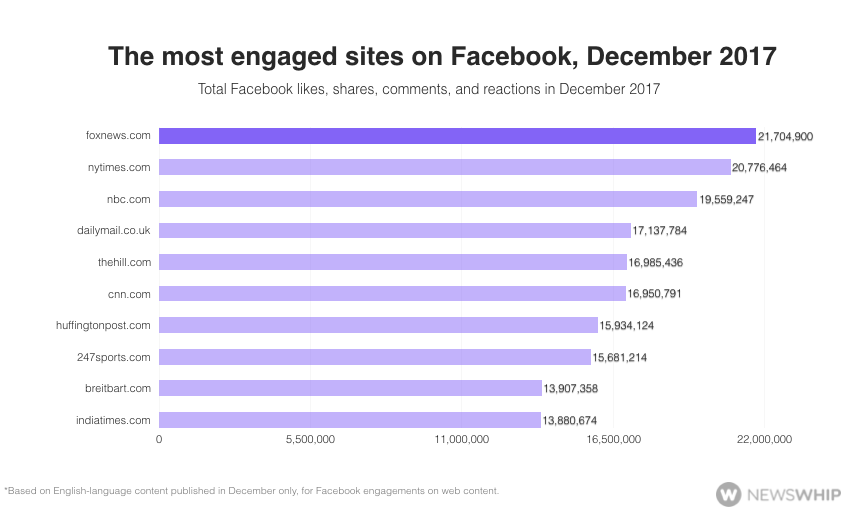 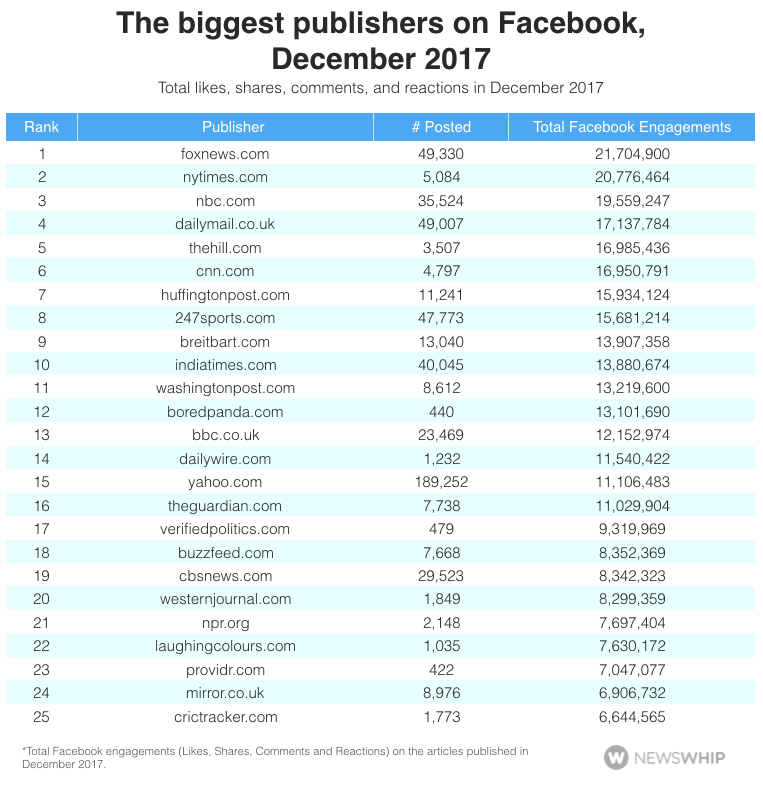