Social media giant Facebook has allegedly refused to allow the upcoming Roe v. Wade film to run advertisements on its platform under the new “issues of national importance” rule, treating the movie as if it were a political ad.

The producers and writers behind the upcoming film Roe v. Wade starring Jon Voight and Stacey Dash, which tells the story surrounding the landmark legal case legalizing abortion, recently attempted to advertise the film on Facebook but were denied under Facebook’s new “issues of national importance” rules.

The ad that Loeb and Allen attempted to run was simply a link to a Hollywood Reporter article about the film. The ad featured a link to a post featuring a picture of actor Jon Voight along with the hashtag #BringRoevWadeToLife. A screenshot of the advertisement can be seen below: 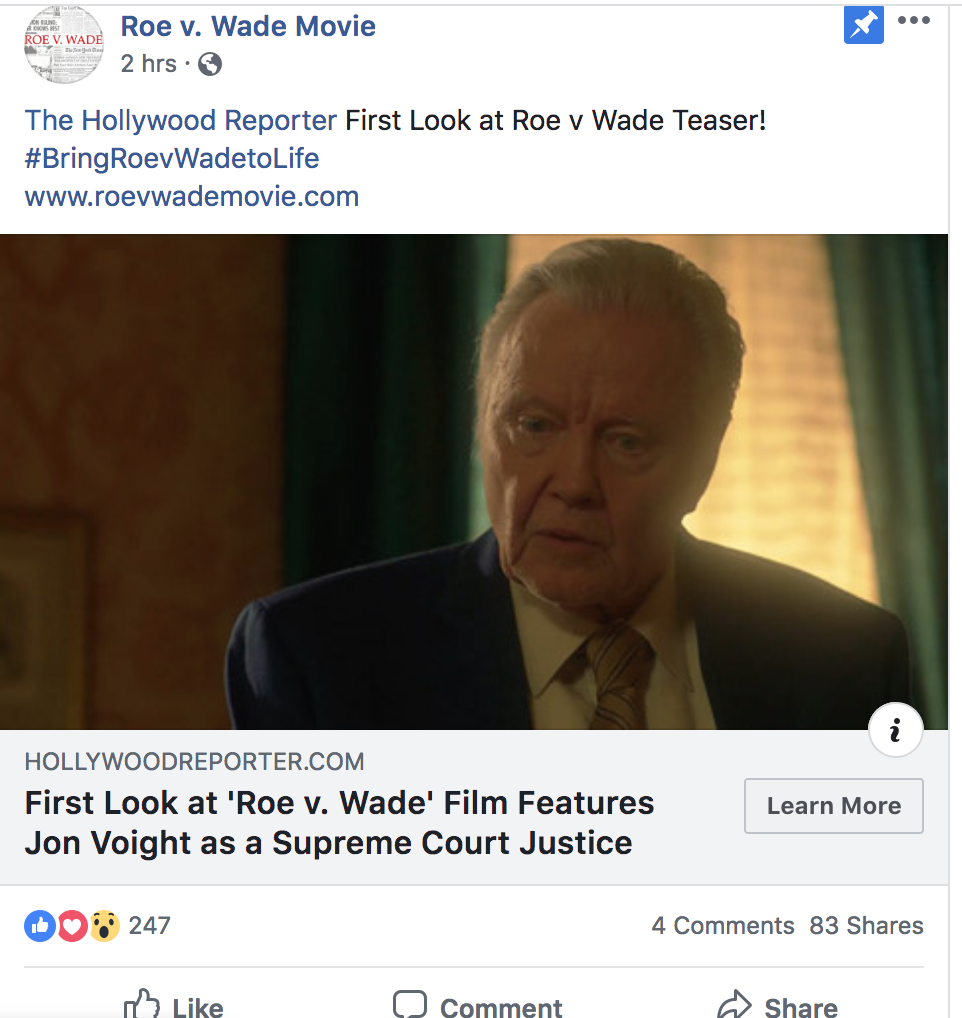 The producers attempted to “boost” this post from their Facebook page and were informed by Facebook that their ad was not approved, a screenshot of the email that they received can be seen below: 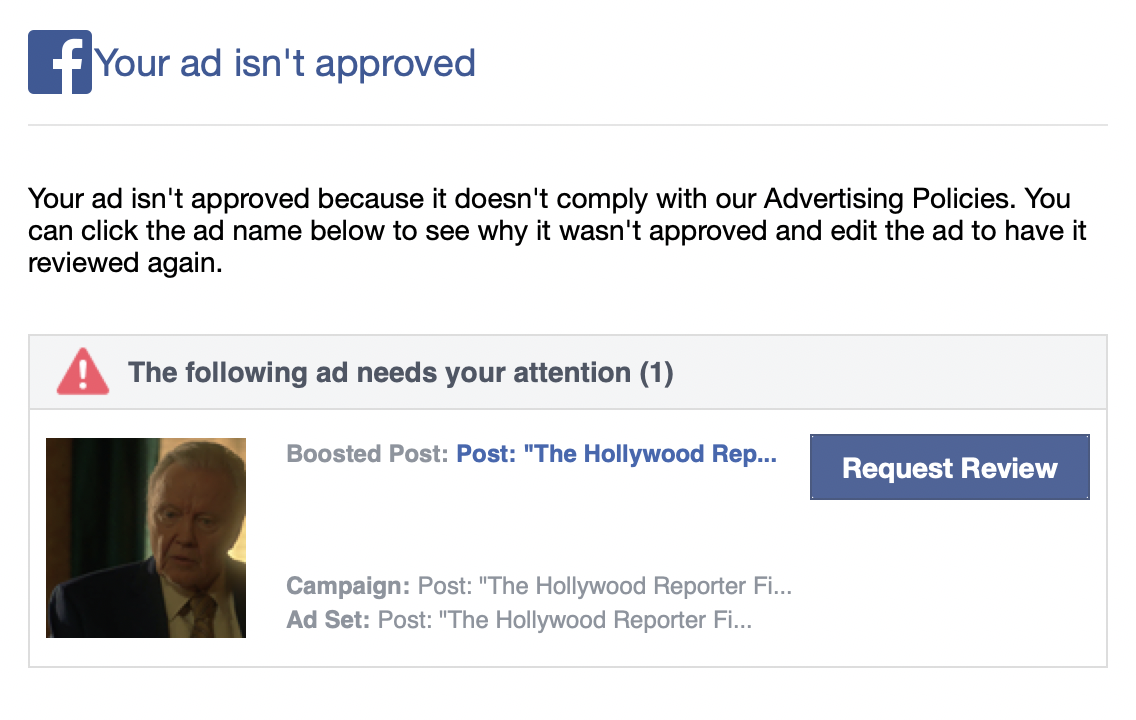 Breitbart News reached out to Facebook for comment on this issue and was told that the problem with the ad related to Facebook’s new “issues of national importance” rules which requires further verification and identification of those running ads on important topics. A Facebook spokesperson said in a statement:

The ads involve advocacy for an issue under our “issues of national importance.” As you know, in May we made big changes to the way ads related to politics or issues work on Facebook.

As a result, this ad requires authorization, disclosure before it can run on Facebook under this ad policy. Here are some details about the authorization process. To get authorized, advertisers will need to complete the following steps:

1. Page admins and ad account admins will submit their government-issued ID and provide a residential mailing address for verification.

3. Advertisers will have to disclose who paid for the ads; The ads will also live in a searchable Ad Archive for up to seven years.

Transparency continues to be a major priority for us in order to prevent election interference, so we are taking a broad approach to start as we roll out this policy further.

Breitbart News previously reported on this in February of 2018, writing in an article:

Katie Harbath, Facebook’s global politics and government outreach director, has revealed that the social media platform will be sending postcards to the addresses of political ad buyers in order to confirm that they live in the United States. This news was revealed at a meeting of the National Association of Secretaries of State in Washington shortly after Facebook’s VP of Advertising revealed that Russian actors purchased ads on the social media website primarily after President Trump’s election.

The recipient of one of Facebook’s postcards would find a unique code printed on the card which they would have to enter into Facebook’s website in order to continue purchasing an advertisement on the platform. Facebook spokesman Andy Stone said that the new method will first be rolled out in relation to ads that name candidates ahead of November’s midterm elections. Facebook’s steps to further clamp down on security relating to their platform’s advertisements may be related to the recent indictment of 13 Russians and three Russian entities who were allegedly involved in efforts to sow discord within the United States using social media platforms such as Facebook and Twitter to organise protests both for and against President Trump and generally divide Americans

Previously, Facebook has blocked the Roe v. Wade film’s fundraising website, which was raising money to tell the “true story of the most corrupt court case in history that led to the murder of 60 million babies.” The film’s YouTube page has also faced issues, being demonetized for “invalid activity” on their AdSense account, an issue which the producers say they have no knowledge of. The film is still raising money for its release at www.RoevWade.com.