A recent report from the Wall Street Journal claims that internal Facebook documents reveal that the company was aware of drug cartels and human trafficking on its platform and failed to take appropriate action against them.

The Wall Street Journal reports in an article titled “Facebook Employees Flag Drug Cartels and Human Traffickers. The Company’s Response Is Weak, Documents Show,” that Facebook failed to crack down on illegal activity on its platform after being alerted to the issues by employees. 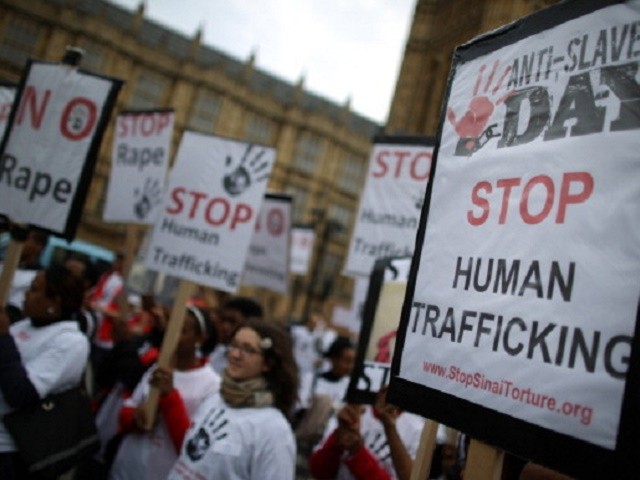 Facebook CEO Mark Zuckerberg is applauded as he delivers the opening keynote introducing new Facebook, Messenger, WhatsApp, and Instagram privacy features at the Facebook F8 Conference at McEnery Convention Center in San Jose, California on April 30, 2019. – Got a crush on another Facebook user? The social network will help you connect, as part of a revamp unveiled Tuesday that aims to foster real-world relationships and make the platform a more intimate place for small groups of friends. (Photo by Amy Osborne / AFP)

Scores of internal Facebook documents reviewed by The Wall Street Journal show employees raising alarms about how its platforms are used in some developing countries, where its user base is already huge and expanding. They also show the company’s response, which in many instances is inadequate or nothing at all.

Employees flagged that human traffickers in the Middle East used the site to lure women into abusive employment situations in which they were treated like slaves or forced to perform sex work. They warned that armed groups in Ethiopia used the site to incite violence against ethnic minorities. They sent alerts to their bosses on organ selling, pornography and government action against political dissent, according to the documents.

Facebook removes some pages, though many more operate openly, according to the documents.

The leaked documents reveal that in many of the countries where Facebook operates, it has few or sometimes no people who speak the local languages needed to identify criminal content on the platform. Facebook has previously said that it addressed issues in the past by taking down offending posts, but it has yet to update the systems that allowed repeat offenders to remain on the platform.

Brian Boland, a former Facebook vice president who oversaw partnerships with internet providers in Africa and Asia, said that Facebook treats harm in developing countries as “simply the cost of doing business.” Boland resigned from Facebook at the end of last year. “There is very rarely a significant, concerted effort to invest in fixing those areas,” he said.