In a recent interview, YouTube CEO Susan Wojcicki stated that free speech is a “core value” of the video-sharing platform, just days after the Google-owned website announced it would be cracking down on any dissenting opinions relating to coronavirus vaccines.

Business Insider reports that YouTube CEO Susan Wojcicki spoke to Bloomberg recently about the state of the Google-owned video-sharing platform and claimed that the website was fully committed to it’s “core value” of free speech. 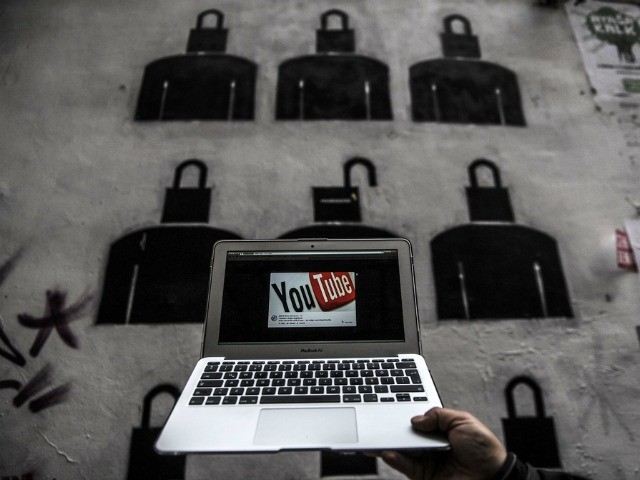 The Google-owned platform made its decision a little over a week after Project Veritas released a video interview of a federal whistleblower who alleged that cases of adverse reactions to vaccines were being “shoved under the mat.” This was followed by undercover footage of an FDA official arguing the government should go “door-to-door” and “stab” unwilling Americans with the coronavirus vaccine.

In response to the first video, congressman Paul Gosar (R-AZ), wrote a letter to the Department of Health and Human Services calling for a “full review of all HHS health care systems nationally to ensure full compliance with vaccine injury reporting laws including reporting all adverse events occurring after the administration of the COVID-19 vaccine.”

Breitbart News recently reported that the Ron Paul Institute for Peace and Prosperity also found itself blacklisted by YouTube.

Very shocked that @YouTube has completely removed the Channel of my Ron Paul Institute: no warning, no strikes, no evidence. Only explanation was "severe or repeated violations of our community guidelines." Channel is rarely used. The appeal was automatically rejected. Help? pic.twitter.com/CuvGAe1bVf

When asked about this development, Wojcicki did not give a direct answer but stated: “One of the things that is important to us at YouTube is the fact that we do enable so many voices, and that we do enable people to express themselves, and really celebrate the freedom of speech. That’s a core value of ours.”

She added: “But when we work with governments, there are many things that we have to take in consideration, whether it’s local laws or what’s happening on the ground. So there’s always going to be multiple considerations.”

Navalny tweeted on Friday that he was surprised by “how obediently the almighty Big Tech” had rushed to act as Putin’s “accomplices” in further silencing him and the Russian opposition party.