Universal Music Group NV, the world’s largest music company, is reportedly creating a band out of four digital NFT apes. One executive explained: “You can call it an NFT band, or think of them as characters. The characters will come to life. The apes will come to life.”

Bloomberg reports that in a move seemingly designed to confuse just about everyone, Universal Music Group NV is combining two new digital concepts — nonfungible tokens (NFTs) and the metaverse. The company is doing this by creating a band consisting of four digital apes. 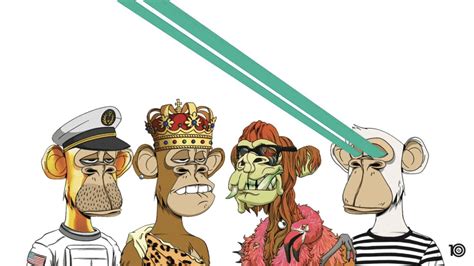 Universal Music, which is the record label behind top-selling artists such as Drake and Taylor Swift, is reportedly working with NFT collector Jimmy McNelis to convert four of his NFTs into a digital music group called Kingship. The group will consist of four digital characters, three bored apes and a mutant ape, that are part of an NFT collection called the Bored Ape Yacht Club.

The Bored Ape Yacht Club is one of the most successful NFT stories of 2021. One of Universal’s music labels, 10:22PM, has hired a team of artist and animators to turn the 2D Ape images into three-dimensional character. The company reportedly plans to develop music for Kingship that will be released on streaming services while the digital “band” will perform in music videos as well as appearing in video games, virtual-reality experiences, and more across the metaverse.

While the combination of NFTs and the metaverse is a new concept, the idea of a virtual band has been done before. In 1998, musician Damon Albarn and artist Jamie Hewlett developed a virtual group called the Gorillaz. Albarn produced the music for the group while Hewlett designed the characters who appeared in music videos, interviews, and live performances.

Universal reportedly plans to monetize Kingship in a unique way, selling NFTs of the band to fans giving them access to exclusive music experiences and real-world events.