The Masters of the Universe at Google have paused all ad sales in Russia in response to the country’s invasion of Ukraine. The internet giant said the “extraordinary circumstances” of the war led to its decision after it faced criticism from the Russian government over ads “aimed at creating a distorted perception of current events.”

The Verge reports that Google has paused all ad sales in Russia as the country continues its invasion of Ukraine. A Google spokesperson told the Verge: “In light of the extraordinary circumstances, we’re pausing Google ads in Russia. The situation is evolving quickly, and we will continue to share updates when appropriate.” 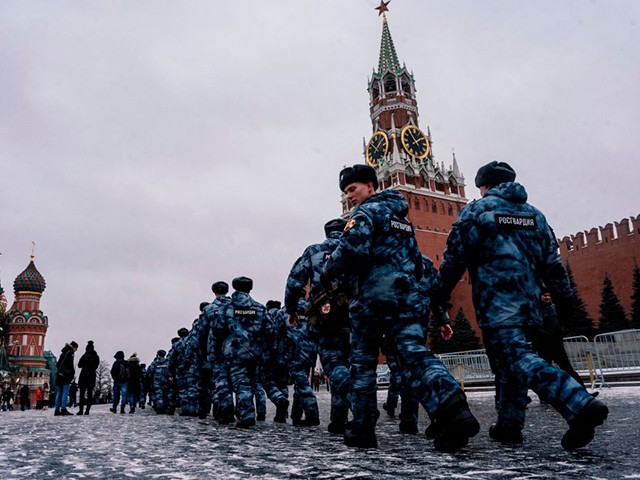 Servicemen of the Russian National Guard patrol along the Red Square in Moscow, on December 30, 2019. (Photo by DIMITAR DILKOFF/AFP via Getty Images) 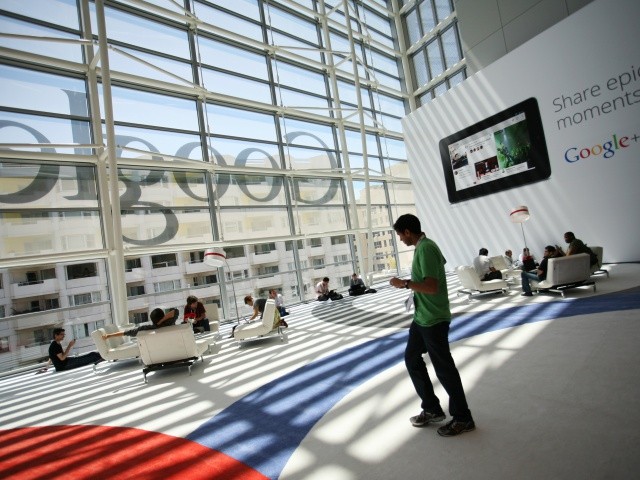 A Google logo is seen through windows of Moscone Center in San Francisco during Google’s annual developer conference. (KIMIHIRO HOSHINO/AFP/GettyImages)

The decision comes shortly after Google received criticism from Russian government communications watchdog Roskomnadzor for running anti-Russian ads about the war in Ukraine. Roskomnadzor claimed that the ads on Google’s platforms were targeted towards Russian viewers and “aimed at creating a distorted perception of current events.” The communications watchdog accused Google of allowing the ads to spread “false political information” that could incite protests in the country.

Roskomnadzor has been blocking access to any media contradicting the official state narrative on Russia’s invasion of Ukraine. Recently, the BBC News website was blocked after the UK broadcaster began using WWII-era radio bulletins to spread information and news to citizens in Russan and Ukraine.

Tech companies across the world have been limiting Russia’s ability to distribute state-approved news and information as the invasion of Ukraine continues. The moves come as the European Commission considers a ban on the state news agencies entirely due to fears that they are spreading misinformation about the war in Ukraine.

Google, which has prevented Russian state media from generating revenue on YouTube and Google, announced similar plans stating: “Due to the ongoing war in Ukraine, we’re blocking YouTube channels connected to RT and Sputnik across Europe, effective immediately.”

Read more at The Verge here.