Taliban jihadists assaulted journalists and participants at a women’s protest in front of the Ministry of Education in Kabul, Afghanistan, on Thursday, demanding the terrorist organization allow girls to return to school.

The Taliban regained control of Afghanistan – after a 20-year stint out of power – in August following President Joe Biden’s decision to extend the American military presence there through that month, breaking a previously brokered agreement with the Taliban and the former Afghan government. Among their first actions in power were the removal of women from all public life and the removal of girls from schools. Taliban spokesmen insisted they would eventually allow women limited rights beyond what they had experienced during the first Taliban regime in the 1990s, but still restricted by the requirements of sharia, or Islamic law. 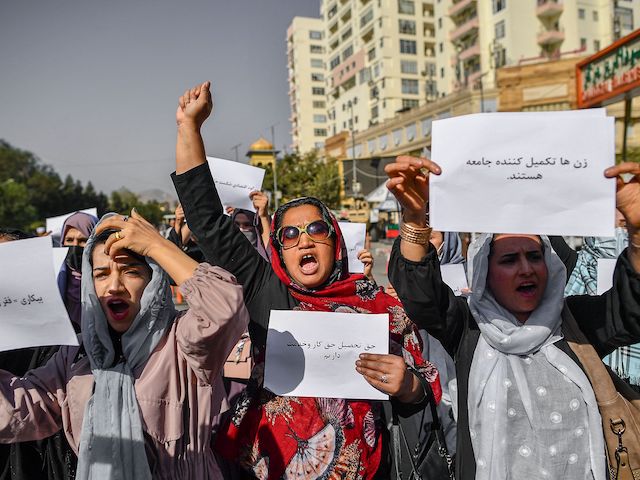 International organizations have largely accepted the Taliban’s word at face value. In August, the chief of Afghan field operations for UNICEF, the United Nations children’s agency, declared himself “quite optimistic” the terrorist group would allow girls to go to school.

Afghan women, mostly in Kabul and Herat, have consistently organized peaceful collective actions against the Taliban since its return to power, demanding the group grant them political power and basic freedoms. Nearly all such protests have elicited beatings and other violence from Taliban jihadists against both protesters and reporters attempting to cover the events. Taliban leaders, when asked about the violence, have claimed that the perpetrators were not official members of the group and claimed to have established some sort of body to “investigate” accusations against jihadists in August. 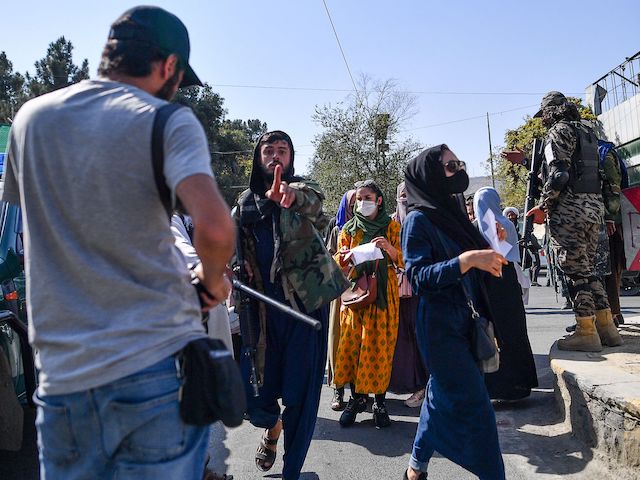 The Afghan news agency Khaama Press reported that “at least 20 women” participated in Thursday’s protest, which targeted the Taliban Ministry of Education and demanded that the jihadists allow women to return to work and girls to go to school. The women denounced that, since the Taliban returned to power, some women lost their jobs and all resources to feed themselves, forcing them to resort to street begging. While the prior Afghan government was, like the Taliban’s regime, an Islamic institution ruled by sharia, some women could work, and schools allowed moderate education rights for girls – policies the Taliban resolutely opposed while in power.

“Though the protest was peaceful and the Taliban allowed the protestors to walk from the ministry of education to the ministry of finance, turned violent later,” Khaama Press reported. “Eyewitnesses say that the Taliban fighters policing the demonstration beat a foreign and two local journalists after they were scattered.”

Women and civil society activists protested in Kabul on Thursday over economic problems and the closed girls’ schools.#TOLOnews pic.twitter.com/cWbZAcw4Gc

Women’s protests have become a staple of the new Taliban regime, indicating that women in the country do not have the will to return to the pre-American invasion status quo that denied them their fundamental human rights. A day before Thursday’s protest, in Herat, hundreds of teachers organized a protest against the Taliban for not paying them their salaries. Images published by the Afghan agency Tolo News showed that many of those participating were women, and most did not cover their faces with niqab or burqa. Under the first Taliban rule, the government-mandated use of the burqa – which covers the wearer’s entire face, including eyes – for women.

“All teachers and civilian employees have not been paid for the past four months,” Mohammad Sabir Mashal, a teachers’ organization leader, told Tolo News. The agency estimated that 18,000 teachers had not received a paycheck in four months, over half of them women. “They earn money for living via selling home appliances and now they don’t have anything to sell.” 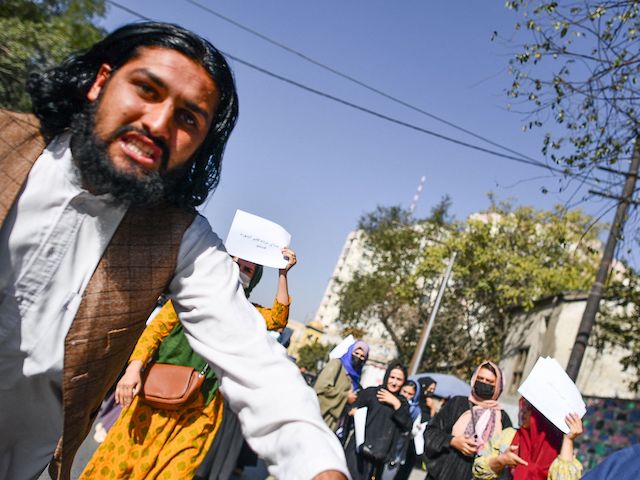 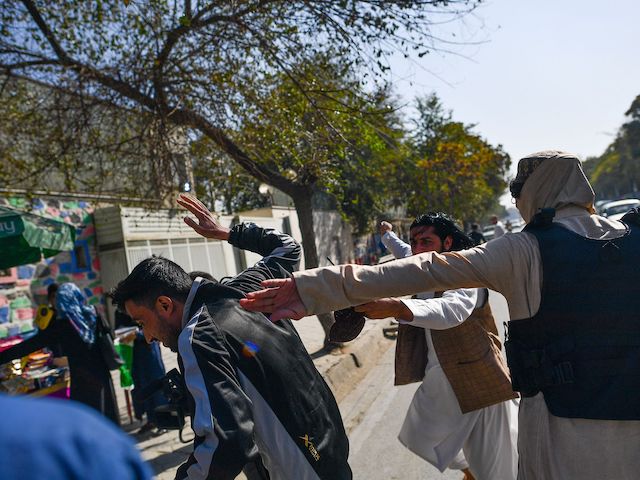 The latest protest in Kabul prior to Thursday’s, at the end of August, also prompted Taliban jihadists to shoot their weapons in an attempt to intimidate participants out of rallying. Women holding protest signs demanding access to work and education identifying as the “Spontaneous Movement of Afghan Women Activists” attempted to demonstrate peacefully, attracting jihadist attention. Taliban members began shooting into the air, reportedly forcing the women to hide to avoid being shot. Taliban officials later complained that the women did not “inform the security institutes before” protesting, forcing the jihadists to open fire.

Kabul experienced at least two large-scale women’s protests in September: one shut down by a Taliban paramilitary known as the “Badri 313 special forces squadron” and another resulting in Taliban terrorists whipping and beating women with clubs to silence them.

Members of the Taliban Badri 313 military unit arrive at the Kabul airport in Kabul on August 31, 2021. (Wakil Kohsar/AFP via Getty Images)

Herat also attracted protests in September, but, just as those this week, the Taliban appeared to abstain from outsized violence in that city, perhaps less eager to project total control there than in the nation’s capital.

The Taliban has focused much of its violence since August against Afghan journalists, who may jeopardize the group’s eager attempts to convince foreign states – and foreign investors – that it intends to build a respectable, “inclusive” government. The Kabul protests have repeatedly resulted in jihadists attacking journalists to prevent them from amplifying any political dissent. Women journalists have faced elevated threats, if not prevented from entering their workplaces or doing their jobs outright. 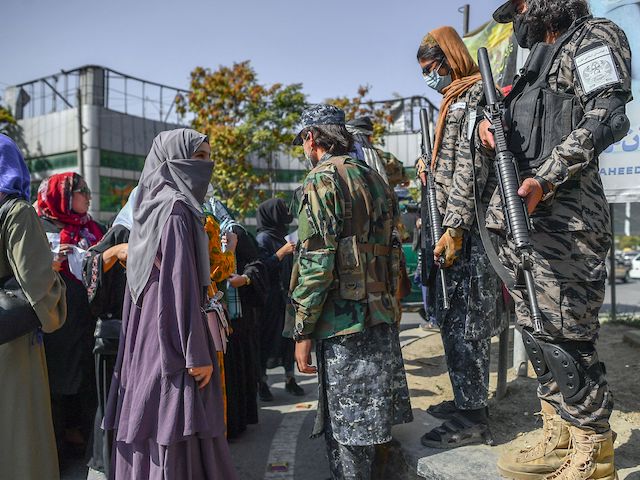 Taliban jihadists shut down the Afghan Ministry of Women’s Affairs last month, replacing it with a repressive Islamic agency known as the “Ministries of Prayer and Guidance and the Promotion of Virtue and Prevention of Vice.”