The meeting was the first between the two top diplomats since their encounter in Anchorage, Alaska, in March. On that occasion, the team of Chinese diplomats meeting Blinken and National Security Advisor Jake Sullivan accused America of gross human rights abuses, citing the far-left “Black Lives Matter” movement. China is home to what is believed to be the world’s largest concentration camp system and is currently engaging in genocide against several Muslim-majority ethnic groups, most prominently the Uyghur people of East Turkestan.

Blinken suggested that he agreed with the Chinese diplomats at the time regarding America’s lack of moral authority in remarks following that meeting, telling reporters, “we know we have work to do at home.”

According to China’s government-run Xinhua News Agency, Wang did not attack the United States for alleged racial injustices this weekend. Instead, Wang complained to Blinken that American support for the sovereign nation of Taiwan – which Beijing incorrectly claims as a province under its control – had caused “serious harm” internationally.

“The crux of the current situation across the Taiwan Strait is because the Taiwan authorities have repeatedly tried to break through the one-China framework,” Wang reportedly said, “and the United States’ connivance and support for ‘Taiwan independence’ forces is also to blame.”

“We urge the United States to realize the serious harm of the ‘Taiwan independence,’ to pursue a real one-China policy, instead of a fake one, to fulfill its commitments to China faithfully rather than treacherously,” Wang demanded. The United States does not formally recognize Taiwan as a country because maintaining diplomatic ties with the Chinese Communist Party requires it not to do so. The “One China policy” states that only one China exists in the world, which Beijing asserts is itself and not the Republic of China (Taiwan’s official name). 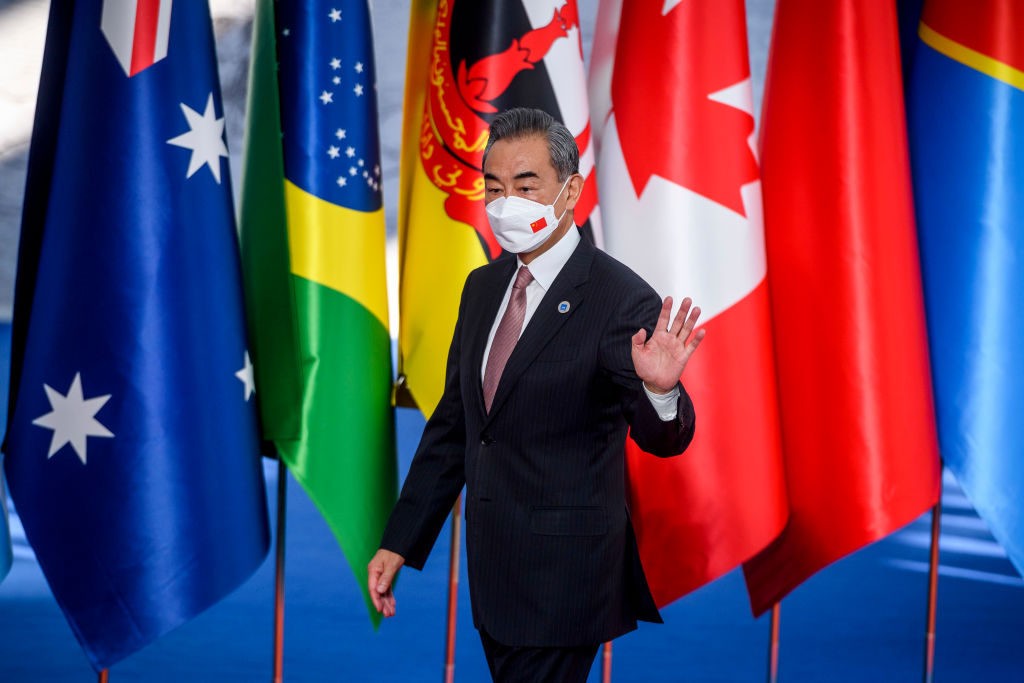 Wang also reportedly demanded that Blinken work to prevent Congress from actions that hurt the interests of communist China, despite America’s separation of powers system preventing the State Department from having any such authority.

“The United States has wantonly interfered with China’s internal affairs, Wang stressed, noting that the current U.S. Congress has introduced more than 300 anti-China bills,” Xinhua reported, “and the United States has included more than 900 Chinese entities and individuals in various unilateral sanctions lists, which severely disrupted the normal bilateral exchanges.”

Wang referenced Blinken’s poor display in Alaska, asserting that it showed America the two countries “must respect each other and treat each other equally,” according to Xinhua.

The State Department readout of the meeting between Wang and Blinken differed significantly in tone from Chinese state media coverage of the event. State Department spokesman Ned Price wrote that Blinken “raised concerns” about, among other issues, China’s human rights atrocities in “Xinjiang, Tibet, Hong Kong, the East and South China Seas, and Taiwan.”

Xinhua reported that Blinken simply promised “the United States will continue to adhere to the one-China policy, and the two sides should develop bilateral relations in the spirit of mutual respect.” It did not mention Xinjiang [East Turkestan] or any of the regions in which China is implementing ethnic cleansing policies, such as Tibet.

The State Department claimed that, rather than confront Wang on China’s rogue state behavior, he “affirmed the areas where our interests intersect and where we can work together” and “underscored the importance of maintaining open lines of communication.”

Chinese officials have escalated the aggressiveness of their rhetoric regarding Taiwan after remarks President Joe Biden made last month in which he stated Washington has a “commitment” to defend the island militarily from a Chinese invasion. Biden had previously compared America’s military commitment to Taiwan to that of NATO countries, which the United States is treaty-bound to defend. No such treaty exists with Taiwan; the White House rapidly issued a statement last month walking back Biden’s promise.

“He is just too old to think clearly. To be blunt,” a senior Chinese regime propagandist, Chen Weihua of China Daily, said in response to Biden’s remarks. 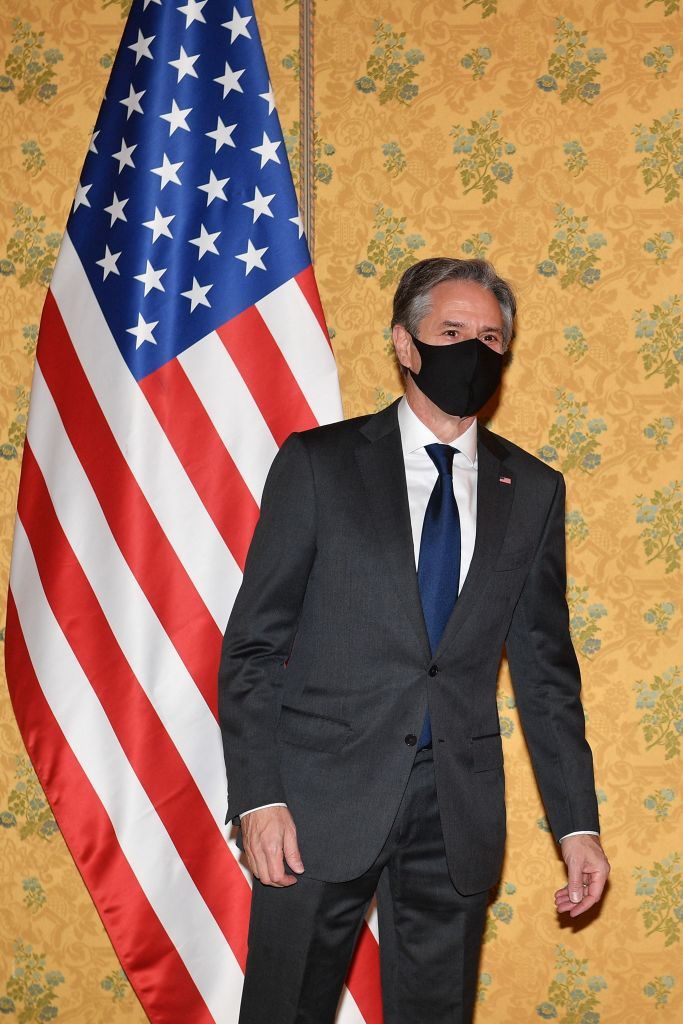 U.S. Secretary of State Antony Blinken poses prior to a meeting with Chinese Foreign Minister, Wang Yi on October 31, 2021 at a hotel in Rome on the sidelines of the G20 of World Leaders Summit of Rome. (TIZIANA FABI/POOL/AFP via Getty Images)

The Chinese diplomats present at March’s meeting with Blinken and Sullivan in Anchorage focused more on America’s alleged transgressions than China’s. Senior Politburo member Yang Jiechi referenced the “Black Lives Matter” movement during an extensive, 16-minute harangue – which violated meeting rules – and asserted that Washington presided over a genocidal state. Blinken and Sullivan did not significantly refute these points.

It remains unclear what, if any, objective the Biden administration had planned for the meeting, as it resulted in no policy changes, joint statements, or any meaningful fruit.

Blinken later indicated that he agreed with Yang’s assessment.

“We will hear from some countries [such as China ], as we do other years, that we have no right to criticize them because we have our own challenges to deal with,” Blinken said later in March. “Well, we know we have work to do at home that includes addressing profound inequities, including systemic racism.”

The Chinese government celebrated the diplomatic victory by celebrating commemorative souvenirs with Yang quotes emblazoned on them.