Chinese Communist Party health authorities claimed to have identified live Chinese coronavirus on the surfaces of imports from Mongolia on Thursday, furthering the regime’s claim a foreign source caused an ongoing nationwide outbreak of the disease traced to Shanghai.

China has documented uncontrolled coronavirus outbreaks in 20 of its 34 provincial-level regions since October, the product of an infected tour group leaving Shanghai to travel the country during the celebration of the anniversary of the founding of the Communist Party. The Party regularly encourages “red tourism,” or travel to historic communist sites to worship Party leaders, a practice that may have exacerbated the spread of the disease. Rather than identifying the patient zero of the current outbreak as its source – an unidentified traveler from Shanghai – Party officials have insisted that the disease was “imported” because they believed the Indian variant of the virus, known as “Delta,” was responsible for the infections.

On Thursday, officials in China’s Inner Mongolia region announced that they had identified unspecified “goods” from Mongolia that tested positive for Chinese coronavirus, suggesting this was evidence that the outbreaks within the country had occurred because of contaminated imports. 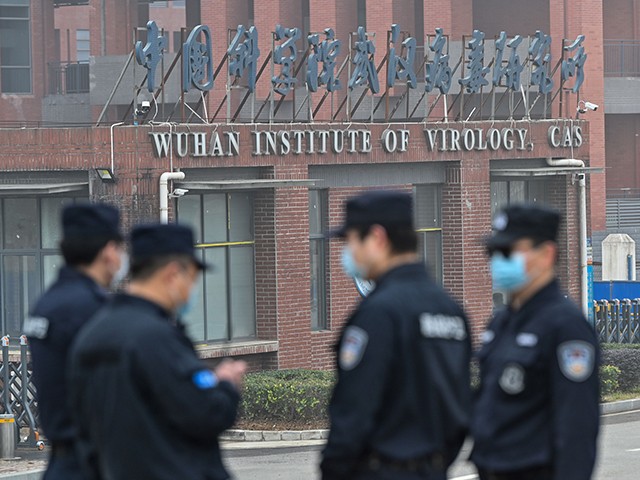 Security personnel stand guard outside the Wuhan Institute of Virology in Wuhan as members of the World Health Organization (WHO) team investigating the origins of the COVID-19 coronavirus make a visit. (HECTOR RETAMAL/AFP via Getty Images)

Five residents reported to Erenhot City’s epidemic prevention and control work team about having received goods they had bought from Mongolia. The packages were then sent for nucleic acid testing, and returned positive results,” according to the government-run Global Times newspaper. “The city’s health authority urged local residents to stop buying items from abroad with high infection risks in light of pressure from imported coronavirus cases.”

The Global Times, citing Party officials had asserted that an “imported” contaminated item had caused the pandemic since last month, without offering any evidence that the first patients of this outbreak had traveled outside of the country or come into contact with any infected travelers. Scientists do not consider contact with contaminated surfaces a significant mode of infection for the Chinese coronavirus, however.

“People can be infected with SARS-CoV-2 through contact with surfaces. However, based on available epidemiological data and studies of environmental transmission factors, surface transmission is not the main route by which SARS-CoV-2 spreads, and the risk is considered to be low,” the U.S. CDC noted in April.

An article in Nature magazine this year similarly dismissed contact with surfaces as not “a significant risk.”

It is “extremely unlikely” the coronavirus leaked from a lab in Wuhan, China, and is more likely to have jumped to humans from an animal, W.H.O. investigators said Tuesday. https://t.co/wush1l4IjD

While China has identified imported cases – that is, individuals testing positive for coronavirus after arriving from a foreign country – in the past week, it has documented many more domestic cases. According to the Xinhua News Agency, China identified 68 local cases on Thursday versus ten imported cases.

China has implemented coronavirus emergency procedures in response to local cases in at least 19 provinces as of Wednesday all around the country.

The region on the border with Mongolia is among the most severely affected, but provinces on the southern border have also shut down activity and begun mass testing regimes to seek out infected people. Chinese officials claim the outbreaks in separate parts of the country were not caused by the same source.

“The origin of the Heihe outbreak also remains unknown, and it is not related to the recent flare-ups in Inner Mongolia and Gansu Province,” the Global Times claimed this week. Heihe is a city in Heilongjiang province, on the Russian border. 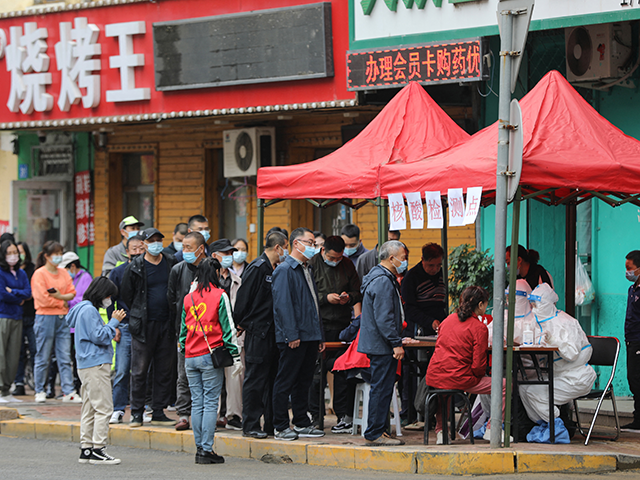 The nationwide outbreak began about three months before China is expected to host the 2022 Winter Olympics in Beijing. Beijing is among the most highly guarded areas affected by the outbreak and last month was forced to postpone the annual Beijing Marathon due to coronavirus concerns. In another blow to tourism, Shanghai Disneyland shut down after identifying one case of coronavirus, forcing 34,000 people at the site to test for coronavirus before they could leave.

The Olympics have already suffered significant international condemnation in light of the fact that China is currently engaging in genocide. The U.S. government and a wide variety of human rights organizations have extensively documented the use of concentration camps to enslave and torture members of ethnic minorities, particularly Uyghurs and Tibetans. Uyghur refugees have also detailed the extensive use of forced sterilization to eliminate their population.

“No Olympics should be held in a country whose government is committing genocide,” Sen. Marco Rubio (R-FL) and Rep. Chris Smith (R-NJ) stated in a letter to the International Olympic Committee (IOC) last month. “Moreover, if the IOC is serious about fidelity to the Olympic Charter, the IOC must then prohibit the PRC [People’s Republic of China] team from participating in the games on account of the flagrant violations of the Olympic Charter committed by the PRC authorities.”

The IOC has refused to address genocide concerns regarding the Beijing Olympics.