HOUSTON, Texas—Houstonians have turned out in the tens of thousands to support the “Pray for Police” campaign. The lines of those waiting to get a free light blue plastic wristband bearing the inscription “Pray for Police” and the hashtag #P4P, goes on for blocks in downtown Houston.

The police union launched a Pray for Police campaign and the union has been distributing tens of thousands of wristbands to anyone who wants to show support for police officers in the city. Hunt says the union is accepting no donations. The union announced yesterday that it had 30,000 wristbands to distribute. 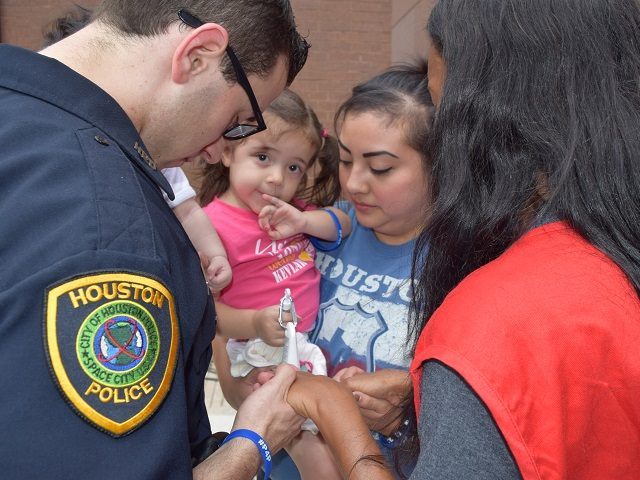 The campaign to support police officers in the Houston area has been, in the words of the president of the police union, “Incredible! Way beyond what we could ever have imagined!”

Breitbart Texas spoke with Ray Hunt, president of the Houston Police Officers’ Union (HPOU) who said, “People of all ages, young, old, and all races, Black, White, Hispanic, Asian, have come out to show their support for Houston area law enforcement.”

Count @GeorgeHWBush and Mrs Bush among those heeding @HPOUTX call to “Pray for Police” across America today. #P4P pic.twitter.com/72BCZG9Y0E

He said people have come from all over the Houston area—Katy, Tomball, Clear Lake, and other surrounding communities to pray for and show their support for peace officers. Many have even brought food with them. Hunt said that as of 11 a.m. on Wednesday morning, over 15,000 blue wristbands have been distributed.

Our brothers in HFD stopped by to show their support and pick up their wristbands. #P4P pic.twitter.com/FcOb2Y0iIQ — HPOU (@HPOUTX) September 9, 2015

The campaign began on Wednesday at 6 a.m. and wristbands have been distributed from the HPOU building since that time. Representatives from the radio station and the Houston Police and Clergy Alliance (PACA) are praying with anyone who wants to pray for law enforcement officers. The HPOU president gave a big shout-out to Christian radio station KSBJ for their help in getting out the word about the campaign.

The “Pray for Police” campaign is underway. Please stop by 1602 State St pray with us and pickup your wristbands #P4P pic.twitter.com/b8nUeoAgN9

Hunt said he wished that all of the officers in the area could take off five minutes to see the show of support for them. He said the event has really lifted spirits.

He said that representatives from the Dallas Police Department called and asked how HPOU has been able to accomplish this. 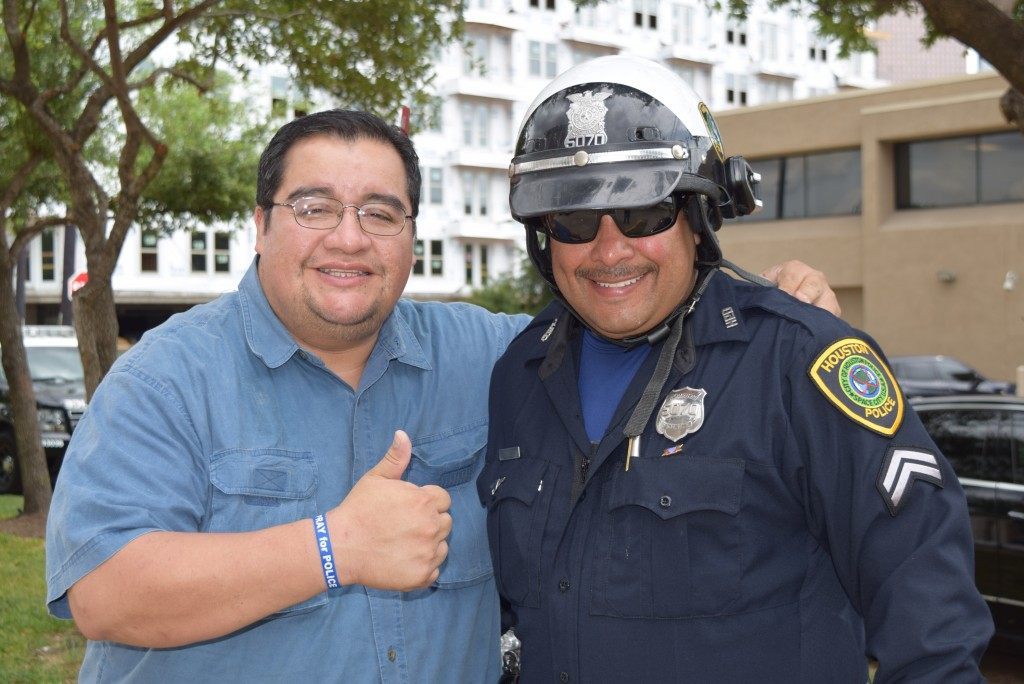 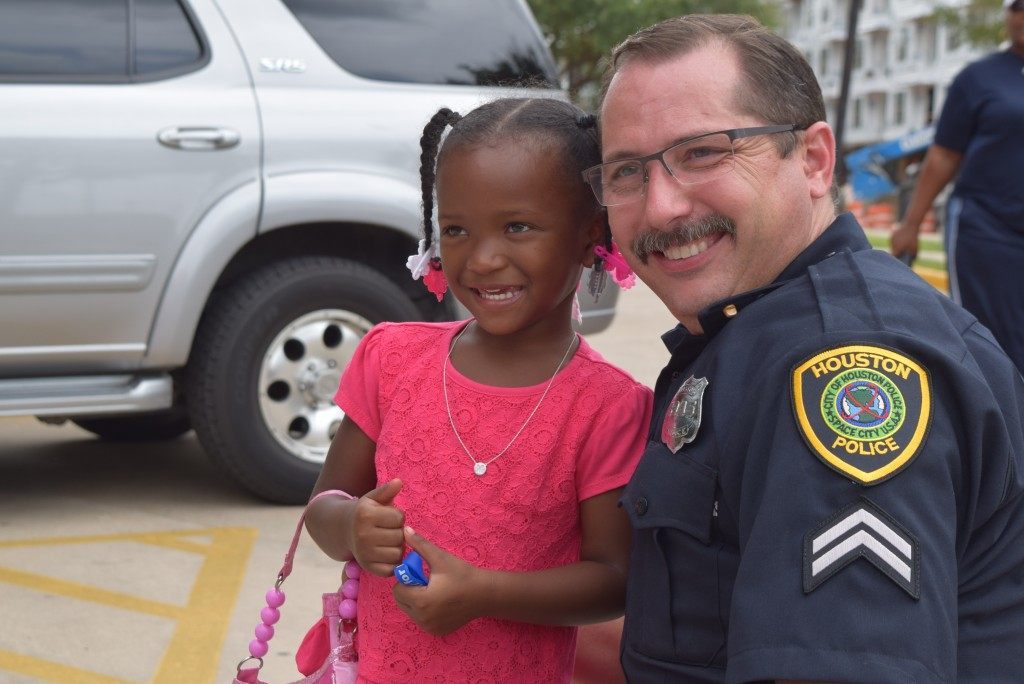 Even little girls are coming out to pray for our police. (Photo: Breitbart Texas/Bob Price)

Lana Shadwick is a legal analyst and contributing writer for Breitbart Texas. She has served as a prosecutor and an associate judge in Texas. Follow her on Twitter @LanaShadwick2