Breitbart Texas traveled to the Mexican border cities of Reynosa and Matamoros to recruit citizen journalists willing to risk their lives and expose the cartels silencing their communities. The writers would face certain death at the hands of the Gulf Cartel if a pseudonym were not used. Breitbart Texas’ Cartel Chronicles are published in both English and in their original Spanish. This article was written by “JA Espinoza” from Matamoros and “AC Del Angel” from Reynosa.

MATAMOROS, Tamaulipas — War has broken out in this Mexican border city immediately south of Brownsville, Texas, as members of the Gulf Cartel fight for control of the criminal syndicate following the capture of one of their top leaders. Through a myriad of sources, Breitbart Texas has identified the likely successor to the captured cartel leader.

The conflict has escalated to the point that the mayor of Matamoros Leticia Salazar has issued out public statements telling her residents to stay indoors while authorities work to regain the peace.

The large-scale gun battles are the result of one man trying to keep the Gulf Cartel faction known as Los Ciclones from crumbling. As reported by Breitbart’s Cartel Chronicles, on Friday Mexican authorities arrested Angel Eduardo “Ciclon 7 or Orejon” Prado Rodriguez who was the top leader within the Los Ciclones faction of the Gulf cartel. 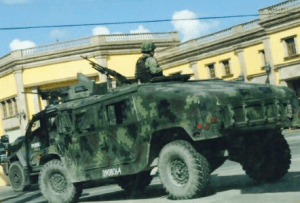 Various sources in and out of law enforcement consulted by Breitbart Texas point to one man standing out as the most likely successor for Prado Rodriguez. Odon Azua Cruces “Gordo Cherry” or “El Cherry” was considered to be Prado’s right hand man and is the main contender to take over a large portion of the criminal organization known as the Gulf cartel. 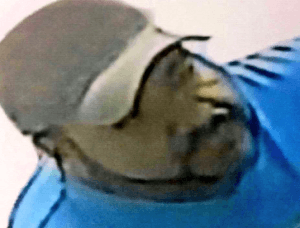 In the criminal underworld in Tamaulipas, cartel members work knowing that their leadership is temporary and have set up a series of agreements to relieve leadership following a capture. The agreements are to ensure the criminal organization continues to operate and keep their territory; therefore the constant arrest of kingpins has had little effect in lowering the violence in this border area.

Not long after Prado’s fall, Mayor Salazar issued out a statement asking the public to remain vigilant since new bouts of violence could take place.

Just one day after the Prado’s capture, the city of Matamoros burst into violence as members of the Gulf Cartel continue their internal fighting in order to take over the criminal organization and get rid of their rivals. 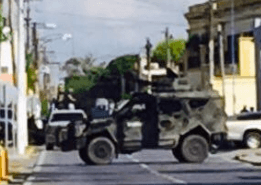 “I ask the citizens to heighten their precautions to safeguard their physical integrity by staying indoors unless there is an extraordinary situation that forces them to leave their home,” Salazar said in a prepared statement sent to Breitbart Texas. 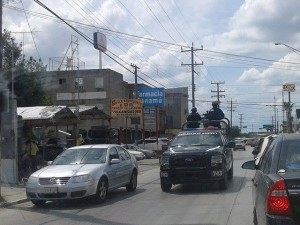 The current situation in Matamoros where violence ensues after the fall of a leader is similar to the situation that took place in  Reynosa in 2011 when Samuel “Metro 3” Flores Borrego was murdered leaving a power vacuum that led to further fracturing within the cartel. The same scenario took place once again in 2013 following the death of Hector “Metro 4” Delgado.