Late Wednesday evening, the DPS announced it will fire the trooper, the AP reported.

The grand jury met on several occasions over a period of months since the incident where DPS Trooper Brian Encinia arrested a black woman, Sandra Bland, following a traffic stop. Bland hung herself to death in the Waller County jail after being held for three days. Her family had not posted the $5,000 bond for her release. 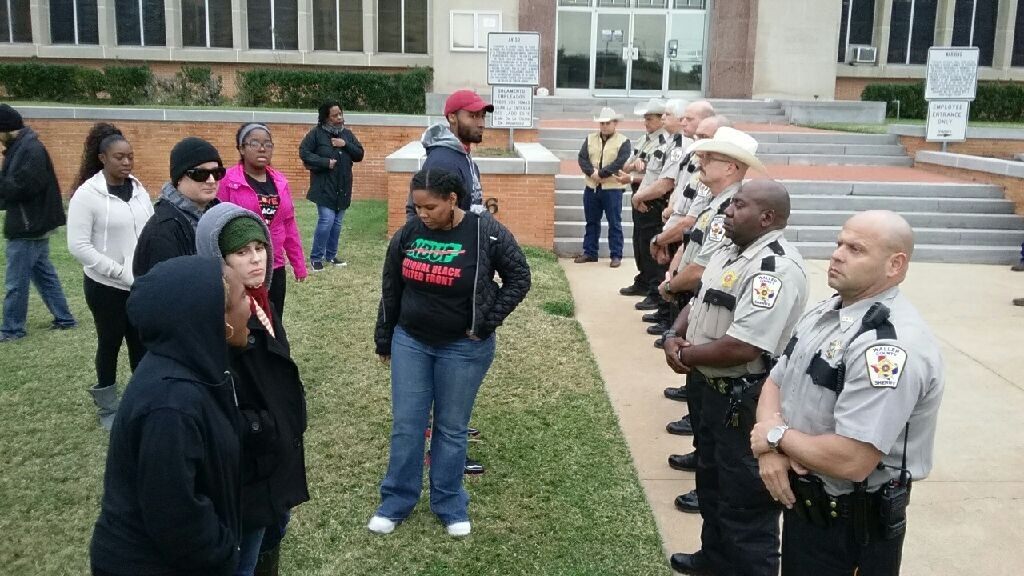 Darrell Jordan, one of five special prosecutors appointed to oversee the investigation into Bland’s death spoke with Breitbart Texas following the announcement of the indictment. Jordan said the grand jury did not believe Encinia’s statement in the probable cause affidavit where he said, “I had Bland exit the vehicle to further conduct a safe traffic investigation.”

Jordan said the grand jury had been meeting since August, 2015. They met multiple times during their investigation into the trooper, the sheriff and the jailers. The misdemeanor perjury charge, a Class A misdemeanor, was the only indictment returned by the grand jury.

When asked by Breitbart Texas if there could be any further indictments, Jordan said “It’s always open for a possibility, but not likely.”

“Some people are going to be upset, and that is understandable,” Jordan explained, “But I, as a prosecutor, must see that justice has been done. It has been through the grand jury process and this is what the grand jury decided.”

Breitbart Texas also spoke with Waller County Sheriff Glenn Smith on the steps of the courthouse following the announcement of the indictment. Smith said he was relieved that neither he nor any of his jail staff were indicted.

The grand jury reported in December that no indictments would be handed down against the sheriff or his staff.

Smith sounded sad when talking about the death of Bland in his custody. “This is the second person that has died in jail since I became sheriff,” Smith said. “I don’t want this to happen again.”

The sheriff said that two of his jailers have left his employment since Bland’s death. “It has been hard on us,” he said. “We are working hard to take care of those who are still with us and are making changes to make certain this does not happen again.”

The sheriff said the Waller County Commissioners Court has approved a new budget that increased funds for the jail. “We have promoted Captain Brian Cantrell to chief deputy in charge of jail operations,” Smith explained. “He is making changes that include a new electronic logging system where jailers will log, in real time, their hourly visits to the jail to check on the inmates’ welfare.”

Smith said they missed one of those hourly visits in Bland’s case. “I don’t know if that would have made a difference or not, but we don’t want this to happen again.” The sheriff said the county has approved funds to have more jailers on the floor at all times.

A report of jail improvement recommendations prepared by attorney Paul Looney has not yet been formally presented to the sheriff. “We expect to get it soon,” Smith said, “But I have spoken with Looney on the phone and he has prepared about seven or eight recommendations.” The sheriff said some of those have already been put into place.

The sheriff expressed sadness several times while talking with reporters on the courthouse steps. “It’s a personal matter to us,” he said. “Not like to the families, but it is still very personal. We take this very seriously.”

If Encinia is convicted of the Class A misdemeanor he could receive a fine and anywhere from 0 to 365 days in county jail, Smith told Breitbart Texas.