LA GRULLA, Texas — Mexican cartel human smugglers tried to rape an 11-year-old girl from Honduras and then brutally beat the girl’s mother when the woman tried to protect her daughter — all of which occurred in the state of Texas near the U.S.-Mexico border.

The attack took place on Saturday night near on the banks of the Rio Grande when a woman from Honduras, her cousin and her 11-year-old daughter were rafted over by human smugglers, information provided to Breitbart Texas by U.S. Border Patrol revealed.  Once on the American side of the river, two human smugglers tried to rape the young girl, that is when the woman rushed to her daughter’s aid and begun to fight off the two attackers.

During the fight, the human smugglers pinned the woman to the ground and began to brutally beat her punching her in the face and stomach. The young girl was not raped, but she witnessed the two attackers brutally beat her mother not being able to do anything but scream and cry, information from authorities revealed. 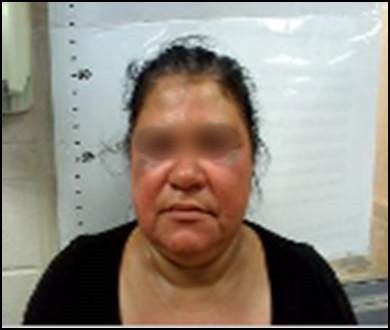 Honduran illegal immigrant who was brutally beaten by human smugglers while trying to keep them from raping her 11-year-old daughter.

The Honduran woman managed to claw at the face of one of the attackers injuring him enough to stop the attack while the other human smuggler took any belongings that the women had before both went back into Mexico.

After the attack, the victims were taken to a local hospital and found to be in good heath even after the brutal attack. The Starr County Sheriff’s Office has taken over the investigation into the attempted rape and assault, while border patrol detained the women.

“Human smugglers are ruthless cowards who prey upon the desperation of immigrants, and this pattern must stop,” said Chief Patrol Agent Manuel Padilla Jr. “In this case, preying upon the most helpless proves, yet again, that these violent individuals have no regard for human life.  The atrocities committed by these heartless criminals must end.”

The situation reinforces the validity behind a recent Breitbart Texas report published as “Rape Trees, Dead Migrants and the Consequences of an Open Border.” In that article, the frequency of rapes and other sexual assaults against the women and young girls who are illegally smuggled into the U.S. across our border with Mexico was highlighted.