WASHINGTON, D.C. — The names of 312 Vietnam War veterans who died from exposure to Agent Orange were added to the rolls at the Vietnam Veterans War Memorial on Saturday. Family members of the deceased veterans were on hand to receive a recognition plaque and place photos of their loved ones at the base of the memorial wall of names.

The ceremony took place on the grounds of the National Mall just outside The Wall of the Vietnam Veterans War Memorial on Saturday. Family members travelled in from all over the country to participate in the event honoring their loved ones, a volunteer with the Vietnam War Memorial told Breitbart Texas on Saturday. 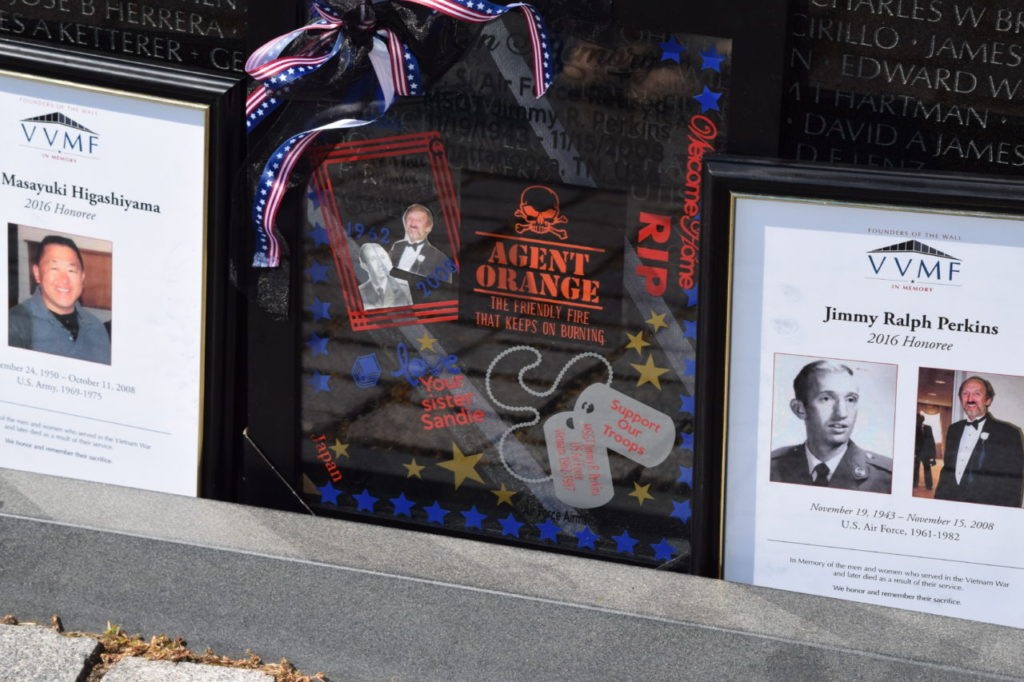 “We are adding 312 names to the rolls and database of Vietnam Veterans who have died,” the volunteer said. “They won’t be added to the actual wall, but their names will be recorded for posterity.” 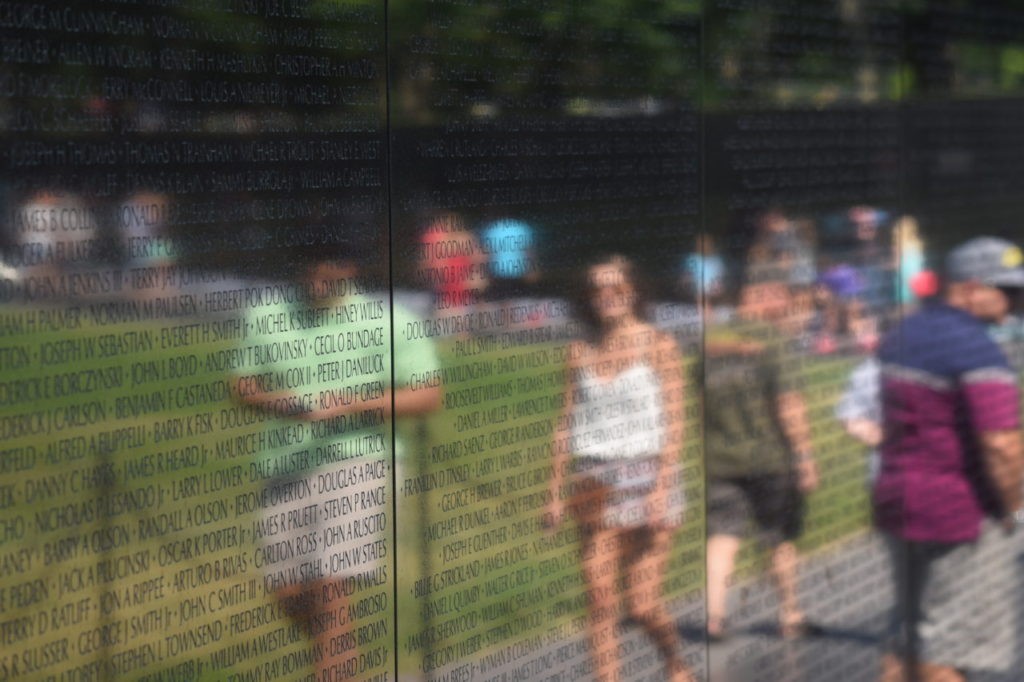 “There are many thousands more who died as a result of the Vietnam War, but their deaths do not fit the Department of Defense criteria for inclusion on The Wall. VVMF’s In Memory program honors those veterans, many of whom came home to fight a whole new battle and never fully recovered either physically or emotionally. It is our duty to make sure their sacrifice is never forgotten,” he explained.

The Department of Defense only allows names to be added to The Wall of veterans who have died from wounds sustained during the war. They are not allowing the addition of the nearly 3,000 Vietnam War veterans who died from exposure to Agent Orange related illnesses, The Duluth News Tribune reported. 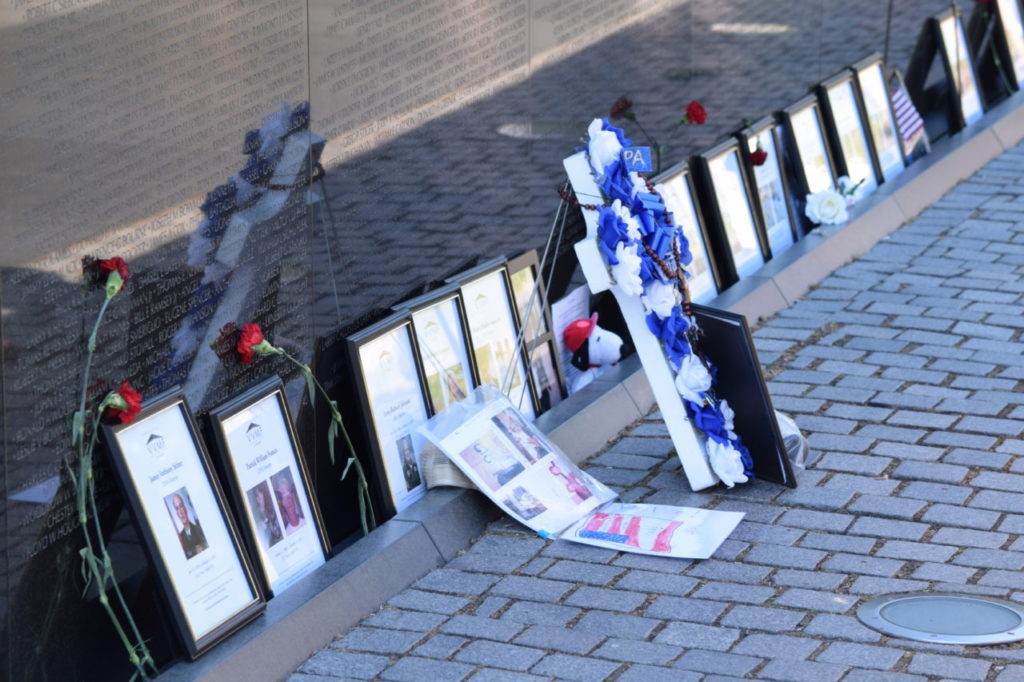 The Department of Veterans Affairs has acknowledged that the U.S. military sprayed millions of gallons of Agent Orange and other herbicides on trees and vegetation and that veterans have died from illnesses related to their exposure.

Following the ceremony, Breitbart Texas observed that family members were encouraged to place a photo and other personal memorabilia of their loved one at the base of The Wall. The items were placed in the timeline of when the person served in Vietnam. 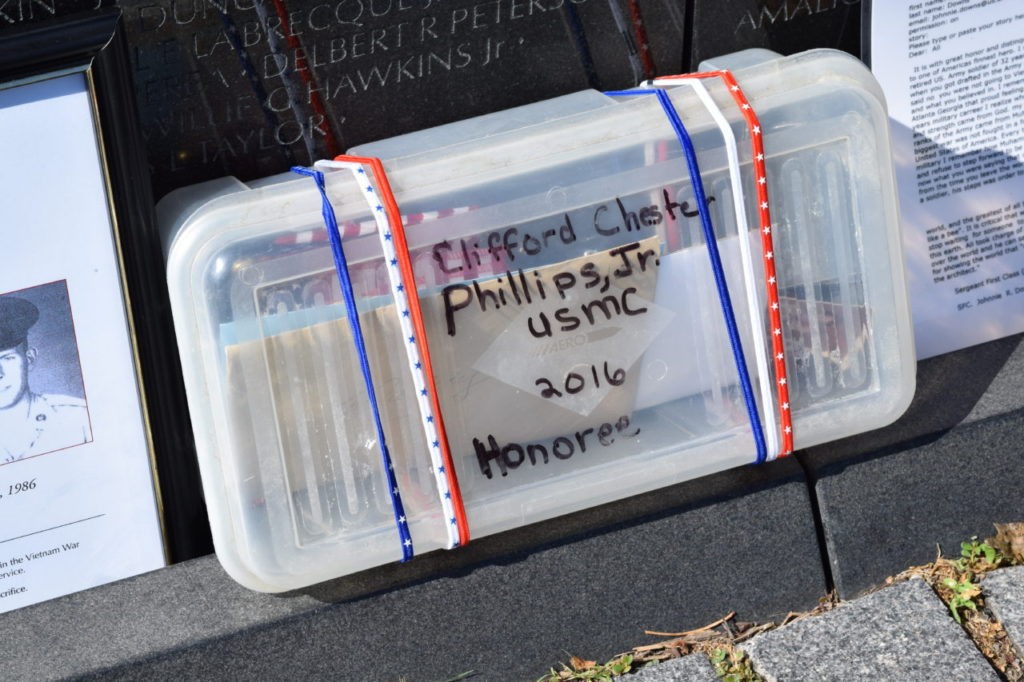 One of those men honored this weekend was David Surges from Minnesota, the Duluth newspaper reported. He served in the Vietnam War from 1971-1972.

Surges went on to become an associate professor of management at St. Scholastica. He was later diagnosed with Parkinson’s disease and the VA awarded him a 100 percent disability because of his exposure. He died at the age of 68 from complications related to Parkinson’s disease caused by exposure to Agent Orange. 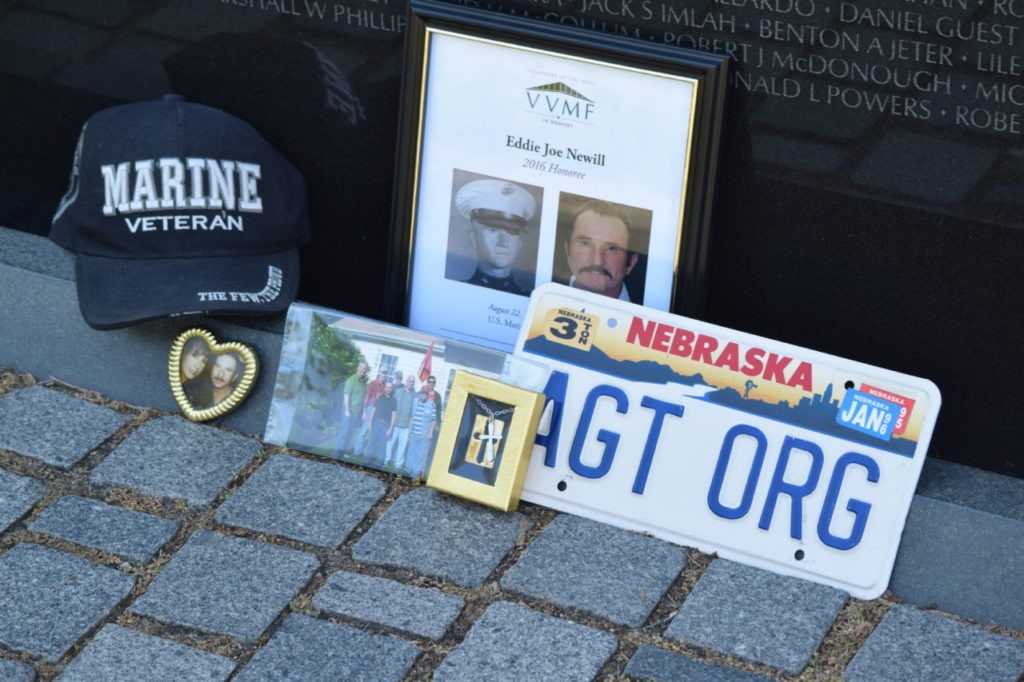 His wife, Vicki Surges, travelled to the ceremony to participate in his being honored. “The fact that they’re honoring him is a really big deal to me and the kids,” she told the Duluth News Tribune. “It means a lot, because this has really hit us. For him to have been so brought down in dignity and not able to do much of anything at the end was really awful for him.” 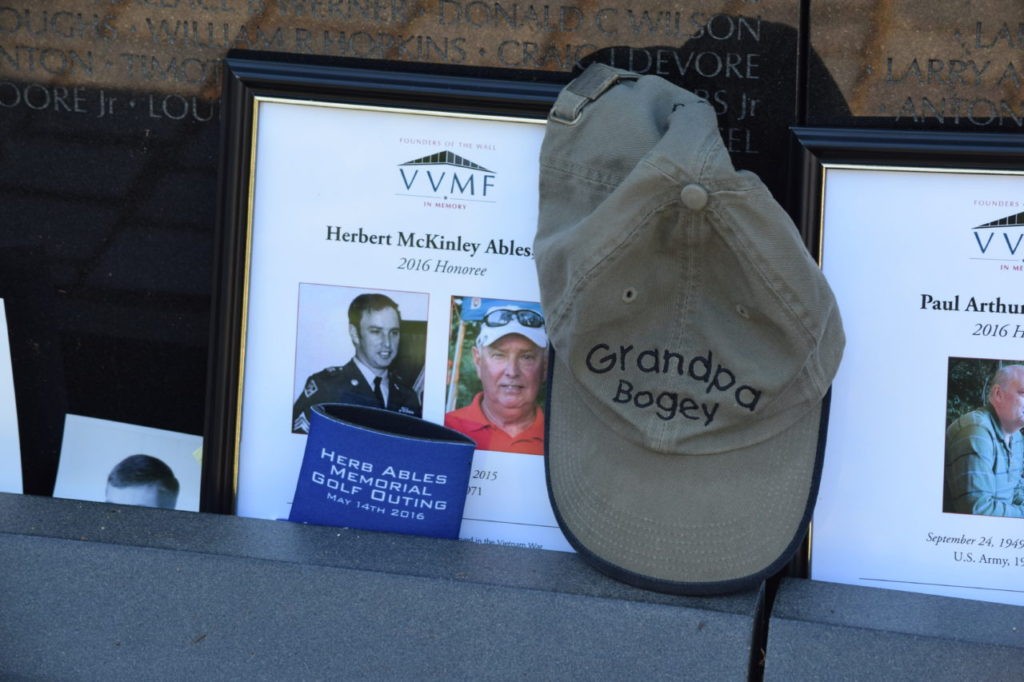 On Saturday, Breitbart Texas observed items placed along The Wall by family members that included one soldier’s combat boots, a “Grandpa Bogey” hat, medals, photos and other items to recognize their loved one’s service. 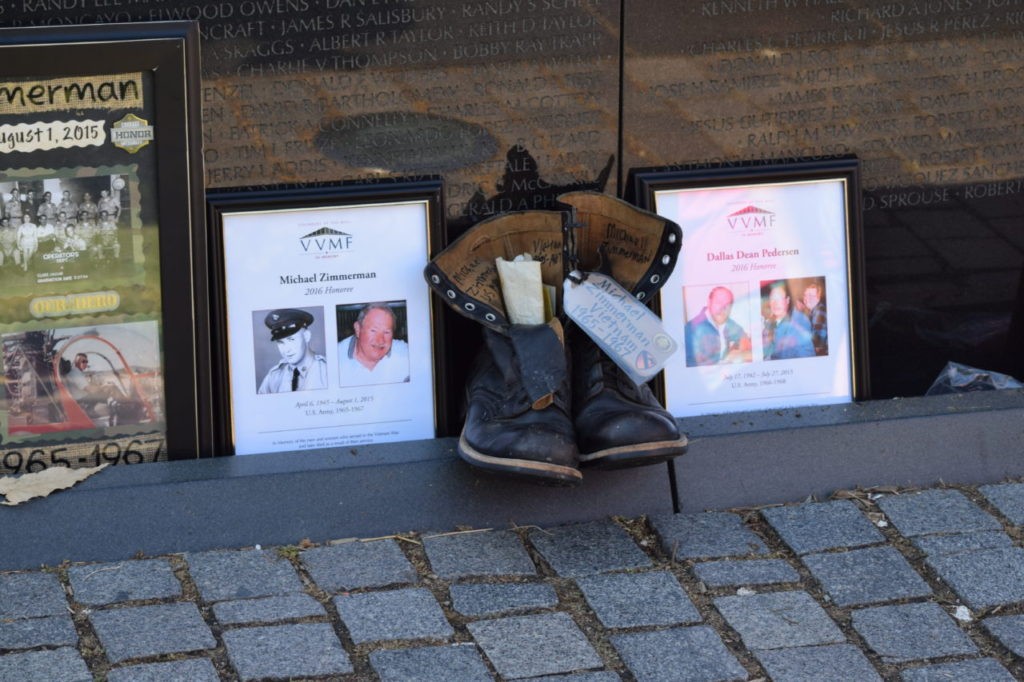 Many family members who sat by their loved one’s place along The Wall were either crying, praying or speaking with other visitors who were visiting the memorial.

The “In Memory” program was created in 1999 after officials with the Vietnam War Memorial realized that Vietnam Veterans were continuing to die from service-related illnesses or PTSD related suicides. Since that time 2,879 deceased veterans from the Vietnam War era have been added to the list of honorees, Heidi Zimmerman, a spokeswoman for the Vietnam Veterans Memorial Fund, told the Duluth newspaper. She said that 90 percent of those were related to the exposure of Agent Orange. 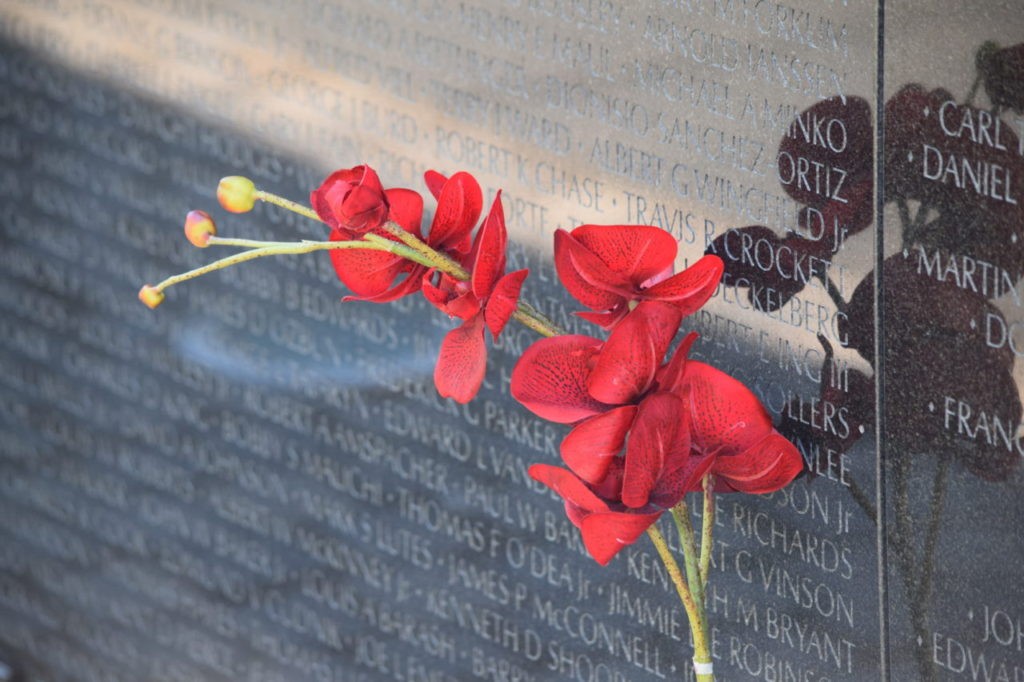 The organization added 312 names this year. This is up from last year’s 166 honorees.