Seven Texans from El Paso and Nueces County hope to see a federal court rule that the state’s century-old model of electing appellate justices in partisan, at-large elections is discriminatory against Latino voters. The case follows an extensive history of the U.S. Department of Justice and private plaintiffs successfully removing similar systems over concerns of minority vote dilution outlawed under the Voting Rights Act.

The lawsuit notes that although one Latino judge is represented in each civil and criminal appeals court, they alone represent 38 percent of the state’s total population and roughly 27% of the citizen voting age population, according to 2010 Census figures. The current system of judicial elections “unlawfully dilutes the voting strength of Latino citizens and prevents them from electing their candidates of choice,” according to the complaint. It is also noted that each Latino judge to serve in the courts was first placed by gubernatorial appointment.

Based on current population figures, the plaintiffs suggest that both courts’ electoral systems should be scrapped in favor of district-based voting that would likely produce at least two jurisdictions each with a majority-minority electorate capable of producing Latino judges. The complaint adds that they would likely hail from regions west of the Pecos River and south of San Antonio.

Vote dilution cases are judged under the conditions set in Thornburg v. Gingles (1986) in which minorities must prove to be “sufficiently large and geographically compact”, “politically cohesive” and typically defeated in favor of the racial majority’s candidate of choice. Based on available Census data, plaintiffs argue that if the federal court were to adopt either an eight or nine district regime for the Texas appellate courts, Latinos would easily control two each. Separately, they contend the existence of racial polarization in Texas’ electorate, providing wide advantages to white-backed candidates.

Consistent with longstanding policy, neither Governor Greg Abbott nor Secretary of State Carlos Cascos have reacted to the suit in local news media. A review of the court docket also shows the defendants have yet to file a reply brief. Like many other voting rights lawsuits filed in Texas, it will likely require months, even years to become fully resolved. 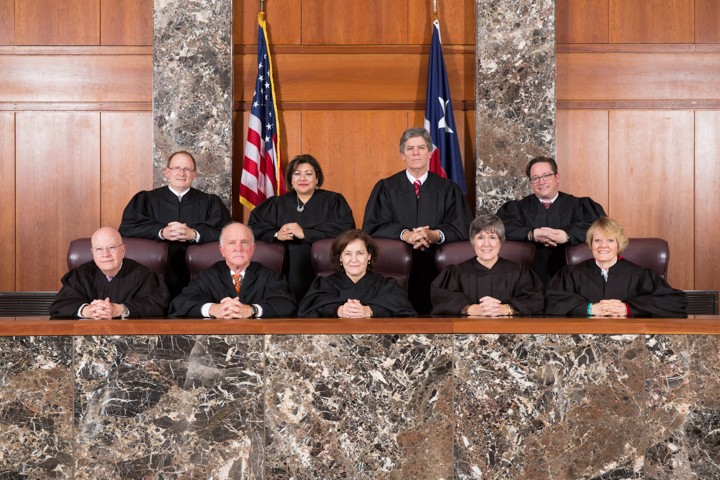 Though not currently a party to the case, the U.S. Department of Justice has built an extensive track record in striking down similar at-large election systems around the country. The Voting Section of the DOJ promotes more than a dozen successful cases since the 1990s in favor of black, Latino and Native American voting blocs.

Criminal Court of Appeals Judge Elsa Alcala shared her thoughts over a district-based system of elections with the Texas Tribune, arguing that an alternative reform would be based on gubernatorial appointment with retention elections scheduled thereafter. Alcala was originally appointed by former Governor Rick Perry in 2011 and was later retained by the voters in 2012, unopposed. Despite Texas’ recent proving that it can elect Latino judges, Public Interest Legal Foundation General Counsel J. Christian Adams noted to Breitbart Texas that Alcala’s retention does not necessarily absolve the state where federal courts are concerned.

Former Texas Supreme Court Justice Steven Wayne Smith had other issues with the plaintiffs’ proposal, according to the Tribune.

“The court has to represent the whole state, so the normal remedy of dividing the area up into one-person districts is just inconsistent with the judicial branch … What do you do if one of your constituents in your district is suing someone in another district?”

The lawsuit was originally filed in the United States District Court for the Southern District of Texas, Corpus Christi Division. The Southern District is the same that recently held the Texas photo voter identification law to have been written with discriminatory intent to be used as a poll tax. Both findings were later reversed on appeal. A copy of the complaint has been made available below.