A series of leaked images reveal how groups of illegal immigrants continue to flow over the Texas border in unprecedented numbers. The lack of physical barrier and real border security allows human smugglers and their cargo to simply wade across the shallow waters of the Rio Grande.

Breitbart Texas exclusively obtained leaked law enforcement images of a crossing attempt by human smugglers in an area between Del Rio and Laredo, Texas. According to various sources on both sides of the border, the area where the crossing took place is under the control of the Los Zetas cartel.

The black and white images were taken using night vision equipment in order to record the smuggling operations. The images reveal that human smugglers appear to operate with little concern due to the lack of presence by U.S. law enforcement. 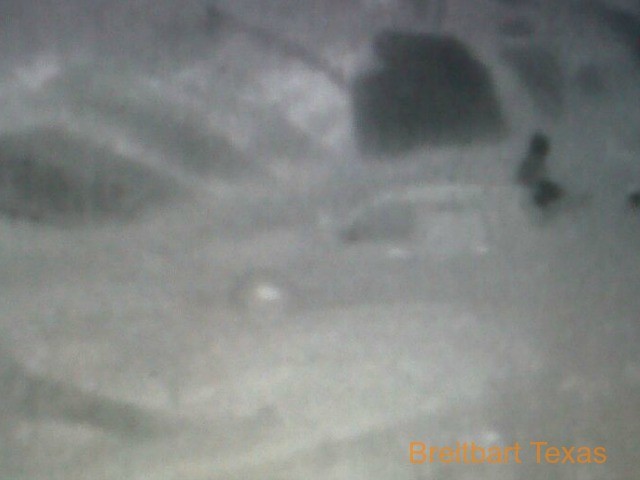 The human smugglers can be seen driving in SUVs to the Mexican side of the river before disembarking. The illegal immigrants then hoist their belongings over their heads and proceed to wade through the water onto the U.S. side of the border where more human smugglers await. 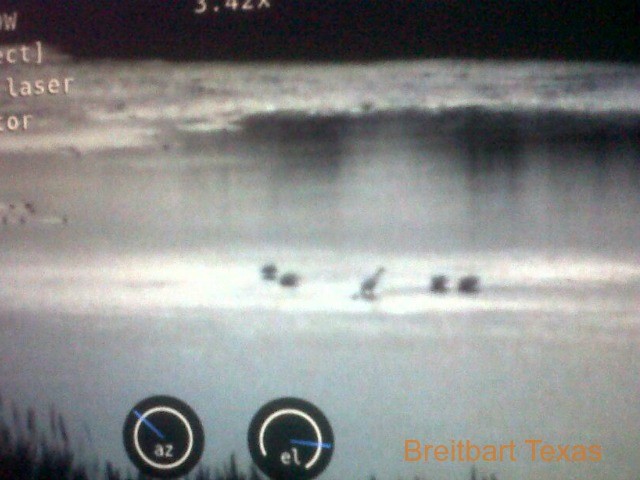 Border Patrol Agent Shawn Moran, speaking to Breitbart Texas in his role as National Border Patrol Council Vice President, cautioned that many would assume the fact that technology identified these unknown aliens crossing does not mean they were apprehended.

Agent Moran stated, “We have a manpower shortage and have seen instances where were could only respond to 40 percent of the crossings we knew were occurring. The technology is great at letting us know a crossing is occurring, but what good is it if we don’t have the agents to respond.”

A recent report from Breitbart Texas showed illegal immigrants crossing the border from Mexico and entering the U.S. inside the city limits of Laredo, Texas. In that case, the foreigners were able to overcome U.S. border security with nothing more than a breaststroke and a cheap inner tube.

As Breitbart Texas recently reported, the numbers of illegal immigrant families and unaccompanied minors crossing the border from Mexico are up dramatically in the federal Fiscal Year 2016. The apprehension of families has increased by 95 percent over FY 2015 numbers to 77,674 according to a report from U.S. Customs and Border Protection (CBP). The number of Unaccompanied Alien Children (UAC) crossing the border hit a near record total of 59,692. According to a previous Breitbart Texas report, the numbers of illegal immigrants have been dramatically increasing in the three months leading up to the election.