Border Patrol Agents paused to honor their 124 fallen — three of those lost in 2016 alone. The men were honored Monday during Peace Officers Memorial Day services on the first day of National Police Week.

Acting Chief Carla Provost tweeted “We honor the 124 #USBP agents that have fallen in the line of duty. Your Ultimate Sacrifice is #NeverForgotten #HonorFirst #PoliceWeek.”

We honor the 124 #USBP agents that have fallen in the line of duty.
Your Ultimate Sacrifice is #NeverForgotten #HonorFirst #PoliceWeek pic.twitter.com/m2AdBoQJSb

U.S. Customs and Border Protection (CBP) representatives laid a wreath at “a secluded memorial honoring the Immigration & Naturalization Service officers who gave their lives in the line of duty.”

We honor the 124 #USBP agents that have fallen in the line of duty.
Your Ultimate Sacrifice is #NeverForgotten #HonorFirst #PoliceWeek pic.twitter.com/m2AdBoQJSb

The memorial is located at the headquarters of the U.S. Environmental and Protection Agency in Washington, D.C. The Memorial honors 33 fallen immigration officers who gave their lives from 1919-1940.

The memorial is housed at the @EPA HQ in DC. The memorial honors 33 fallen INA officers who gave their lives from 1919-1940. #PoliceWeek pic.twitter.com/KZ7iGC1ruN

Agent Manuel Alvarez was killed on August 11, 2016, near Casa Grande, Arizona when he was involved in a motorcycle crash. The 37-year-old father of four died at the scene. The 13-year veteran was a member of Class 557 and entered duty on July 13, 2003. Besides his children, he is survived by a wife, his parents, and two sisters. Alvarez worked from the Casa Grande Station where agents patrol 44.2 miles of the border on the Tohono O’odham Nation, the Eloy and Phoenix metropolitan areas, the Sky Harbor Airport, Phoenix Metro bus stations, and they also respond to four other cities.

Agent Manuel A. Alvarez- End of Watch, August 11, 2016. Your service and sacrifice are #NeverForgotten #HonorFirst pic.twitter.com/P3iY9N81r9

On November 15, 2016, a 20-year veteran of the agency, Agent David Gomez, suffered a heart attack while on bicycle patrol duty near El Paso, Texas. Agent Gomez was assigned to the El Paso Station of the El Paso Sector. The El Paso Sector covers El Paso and Hudspeth counties in Texas, and the entire state of New Mexico. He graduated from the Border Patrol Academy Class of 299 on February 12, 1996. He is survived by a wife, his three children, and his parents.

Twenty-nine-year-old Jose Barraza was coming home on April 18, 2016, about 7:30 a.m. after working when he died after colliding with a semi-truck. The accident occurred in Fort Hancock, and the cause of the crash is unknown. He was wearing a seatbelt and driving a truck. Agent Barraza was a K-9 handler who was assigned to the Big Bend Sector in Marfa, Texas. The sector is also known as the “Marfa Sector.”

Agent Javier Vega, Jr., whose end of watch (EOW) was August 3, 2014, was also in the hearts and memories of those honoring officers. As reported by Breitbart Texas, Vega was murdered by two previously deported illegal aliens during an attempted robbery. Vega and his family were fishing at the time, and the Border Patrol initially refused to classify his death as a Line of Duty Death (LODD). The designation allows an officer’s family to receive benefits afforded to an agent killed in the line of duty. Officials with the National Border Patrol Council (NBPC) started a petition drive, and Senators John McCain (R-AZ) and John Cornyn (R-TX), and U.S. Representative Filemon Vela (D-TX) declared their support for the designation. Two years after his death, Vega’s murder was reclassified as an LODD.

In December 2010, Mexican bandits killed Border Patrol Agent Brian Terry in a gun battle near the Arizona border south of Tucson. Agent Terry’s family is still looking for justice relating to Obama Administration officials handling of the Fast and Furious gunrunning program that put two of the guns in the hands of the Mexican rip crew that killed the agent. 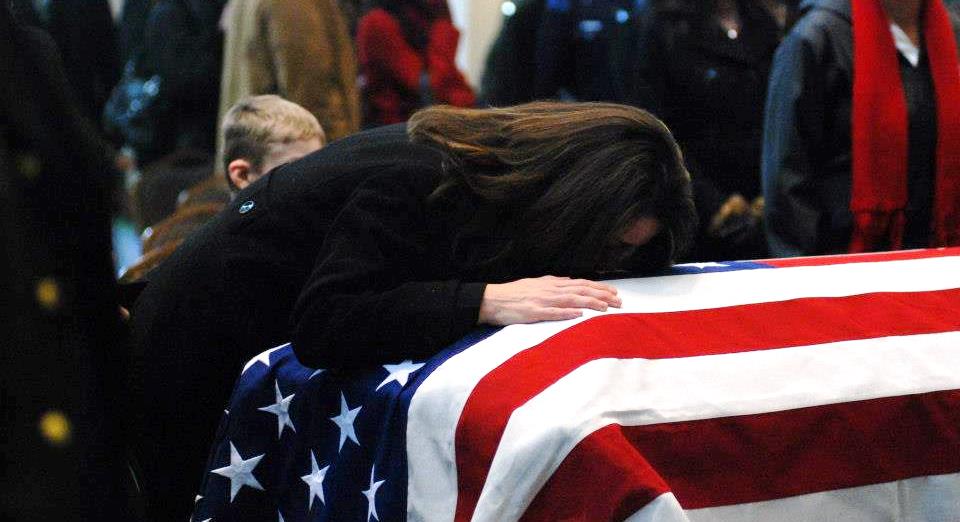 No words adequately convey our gratitude & respect for the brave men and women whose courage & dedication keep our Nation safe. #PoliceWeek pic.twitter.com/HAPz4Q8TTZ