REYNOSA, Tamaulipas — Gunmen with the Gulf Cartel threw a grenade at the entrance of a hotel along one of the main avenues in this border city. The attack was an apparent attempt to intimidate police forces who have been cracking down on their operations.

The attack took place outside of El Camino Inn and Suites when a team of cartel gunmen drove along Boulevard Hidalgo and threw a grenade at the entrance of the building, Mexican law enforcement sources revealed to Breitbart Texas.

The explosive device went off at the entrance of the building, shattering windows. Two individuals inside the hotel sustained minor injuries. Authorities sealed off the area. The gunmen left their vehicle a few blocks away. After authorities seized the vehicle, they recovered a grenade spoon.

The targeted hotel was being used by Tamaulipas state police forces as well as Mexican federal police squads that had been deployed to Reynosa in an effort to deal with the escalating cartel violence in the region. Since early May, rival factions of the Gulf Cartel have been fighting for control of the region’s lucrative drug smuggling areas. The fighting has led to more than three months of regular gun battles and executions.

The grenade attack in Reynosa comes just days after cartel gunmen in the southern part of the state carried out a brazen attack at another hotel. A squad of gunmen riding in various SUV’s pulled up to a hotel called El Dorado in the rural community of Gonzalez and began firing at the rooms and various police vehicles parked there. 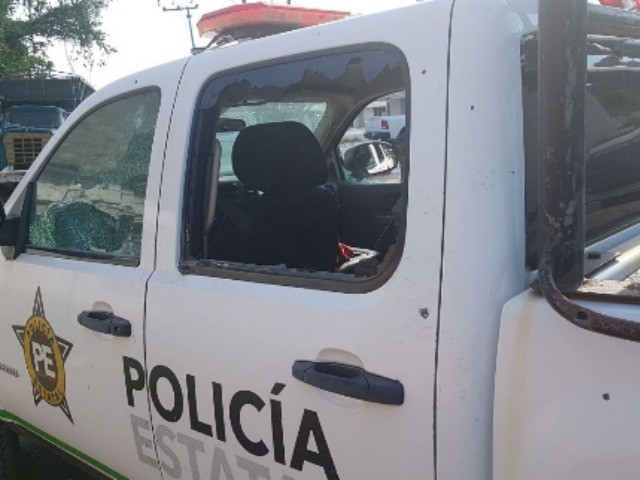 A squad of Tamaulipas state police officers had been residing at the hotel after having been deployed to the area to counteract the ongoing theft of fuel and other activities being carried out by the Gulf Cartel. Neighbors in the area were forced to duck for cover to avoid being hit by a stray bullet.

State officials revealed that the attack in Gonzalez is a likely response to ongoing operations that led to multiple seizures of tractor trailers filled with stolen fuel.