MCALLEN, Texas – The record-setting waves of migrants flowing into the Rio Grande Valley Sector forced U.S. Border Patrol agents to build tents outside of their stations for temporary housing. Some migrants were also held in parking lots. The new measures come after a newly built tent facility nearby already reached its maximum capacity.

According to information released by U.S. Border Patrol, agents in McAllen are currently holding an average of 8,000 migrants. The average number of apprehensions each day varies from 1,000 to 1,500 migrants in the Rio Grande Valley Sector. A series of photographs released by the agency revealed the crowding at the facilities as agents try to keep up with the growing number of migrants. 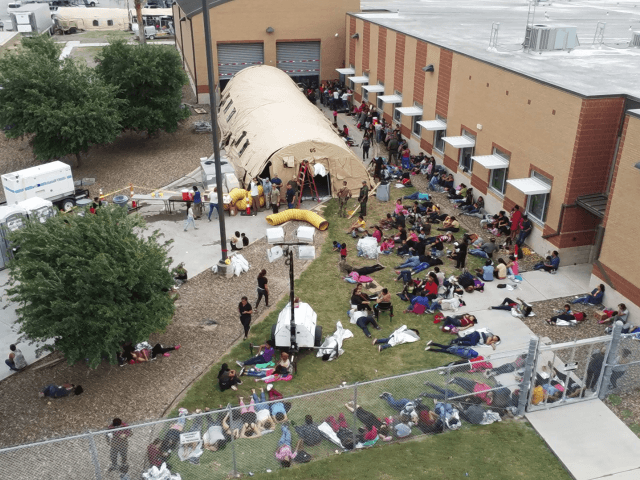 As a response to the growing number of migrants, agents erected four tent buildings. In the processing centers and tents, migrants receive new clothing, shoes, food, and medical care. The agency is reporting at least 20 visits a day to local hospitals to treat more serious issues.

“The longer illegal aliens remain in custody, the harder it can become to sustain our operations but housing the migrants in these tents is the default solution,” said Chief Patrol Agent Rodolfo Karisch.  “This is the reality of what happens when we simply cannot handle the influx of migrants arriving. We are doing all we can to ensure a safe environment for all involved, but it is crystal clear that we have a real emergency on the border; this is not sustainable.” 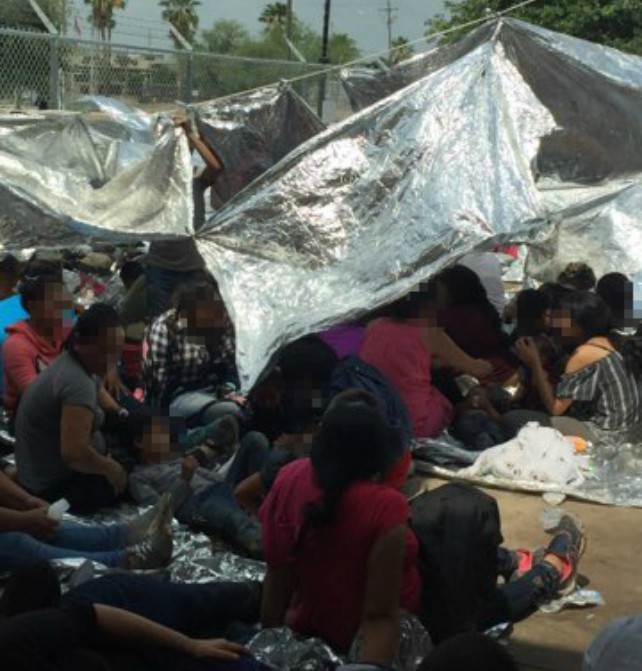 As Breitbart News reported, the migrants that cross the river into the Rio Grande Valley Sector have to go through border cities controlled by the Gulf Cartel, the leading criminal organization in the area. According to federal authorities, the Gulf Cartel charges between $300 to $500 per Central American migrant to allow them to cross the Rio Grande into Texas. The fees collected by the Gulf Cartel are separate from the other parts of the journey that the migrants have paid to smugglers along the way that can amount to several thousand dollars.

The current migration trend along the border calls for migrants from Central America and countries other than Mexico to turn themselves in to Border Patrol agents in order to claim asylum or to be processed and released as they await an immigration hearing at a later date. Mexican migrants are sent back in an expedited fashion and pay the Gulf Cartel a bigger fee in order to avoid capture by federal authorities.